3 Money Resolutions For The Year Ahead 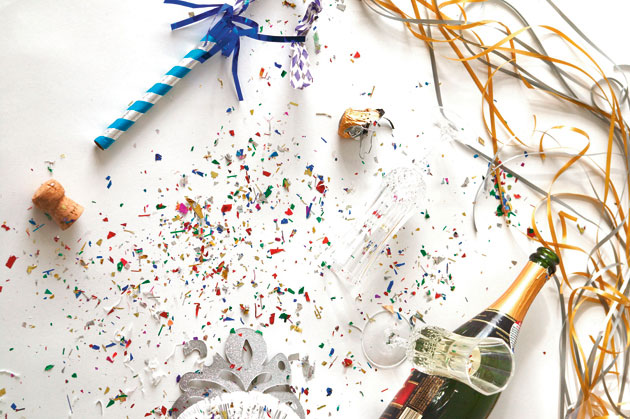 How many New Year’s resolutions did you make last year? And how many did you keep?

It looks like 2017 could be a rough one for investments, and you need to be prepared for whatever happens.

I say this for several reasons.

First, Donald Trump will become the President of the United States in January and at this point no one knows exactly what he will do. We do know, however, that if he follows through with such campaign promises as tearing up free trade deals, imposing huge tariffs on imports from countries like China and Mexico and firing the Chair of the Federal Reserve Board, Janet Yellen, it will send shock waves through the economy. Stock markets will react accordingly.

Second, after holding off for most of 2016, the U.S. Federal Reserve Board appears poised to start raising interest rates, perhaps several times during the year. Rising interest rates have historically been bad news for stock markets, and it won’t be any different this time.

Third, global economic growth continues to be frustratingly sluggish. In September, the Organization for Economic Co-operation and Development (OECD) cut its outlook for 2017 to 3.2 per cent, down a tenth of a point from the previous projection. Canada’s outlook is even worse, at 2.1 per cent. The OECD cited weak global trade and record-low interest rates as contributing factors.

All this suggests you need to be especially mindful of your financial well-being, particularly in the early part of the year. With that in mind, here are three resolutions that I suggest you put on your list and follow.

1. Review your asset allocation. Do you know within five percentage points how much of your money is invested in stocks, bonds and cash? Probably not – few people do. But those numbers are critical to your financial health. The greater your exposure to the stock market, the more you will suffer in a major correction. Think back to 2008. Hopefully it won’t happen again, but if it does, are you prepared?

The older you are, the less your exposure to the stock market should be. I agree that bonds and cash are unattractive from a returns perspective, but think of them as an insurance policy and any foregone revenue as your premium. If stocks go south, they’ll cushion the blow. In fact, an all cash and bond portfolio in 2008 would have made money.

There is no magic formula for how your assets should be divided, but I suggest that anyone who is retired should have no more than 50 per cent exposed to stocks at this time. If you’re depending on your investments to live on, it should be less.

2. Choose yield stocks carefully. For most of 2016, investors were chasing yield. With interest rates so low, they were focusing on dividends to provide needed cash flow. As a result, the prices of high-yield securities like real estate investment trusts (REITs) and utilities shot up to what in some cases looked like unsustainable levels.

These securities are highly interest-sensitive, and they take their lead from the Federal Reserve Board, not the Bank of Canada. Unless there is an economic meltdown, the Fed is likely to raise its target rate more than once in 2017. That will likely drive down the market price of high-yield stocks. Any portfolio that is overweighted with them will be hit.

This is not to say you should sell every yield stock you own. But your focus should be on companies that have a proven track record of increasing their payouts on a regular basis. Some prominent firms such as Enbridge and Telus have actually announced targets for annual dividend increases over the next few years. They should be at the top of your list.

3. Contribute to a registered plan. Whether the economy is good or bad, one of your goals should be to shelter as much investment income as possible from the folks at the Canada Revenue Agency (CRA). There are two easy ways to do that.

If you are under age 72 and have earned income, you are eligible to contribute to a Registered Retirement Savings Plan (RRSP). You’ll receive a tax deduction for your money. These plans are especially useful for supplementing retirement income if you don’t have a pension plan or the one you have is relatively modest.

But a word of caution. The tax sheltering only lasts so long. Once the last surviving spouse dies, the CRA will swoop in. All the remaining capital in the RRSP (or its successor plan, a RRIF) will be treated as income on their final tax return and assessed accordingly. Depending on the size of the plan, the bill could be horrendous.

There is no such problem with a Tax-Free Savings Account (TFSA), nor is there an age limit for contributing. There is no tax deduction when the money goes in, but no tax is payable when it comes out.

Think of it as a glorified savings account. These plans are especially useful for lower-income people, as withdrawals do not affect eligibility for support programs like the Guaranteed Income Supplement.

With that, my best wishes for a Happy and Prosperous 2017.

Gordon Pape is the editor of the Internet Wealth Builder and Income Investor newsletters, www.buildingwealth.ca

A version of this article appeared in the December 2016/January 2017 issue with the headline, “Three Money Resolutions For The Year Ahead”, p. 32-34.