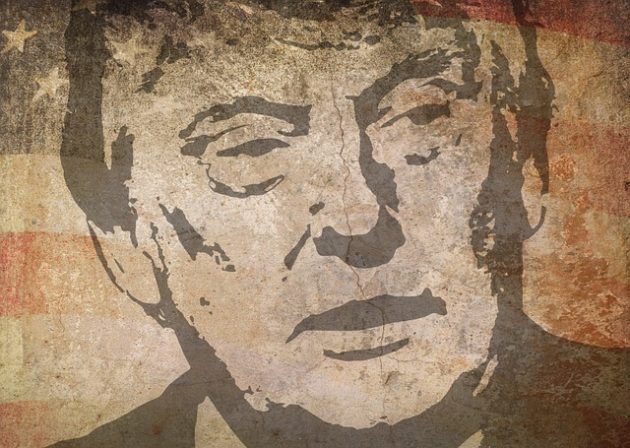 There’s one sure thing you can say about 2017—it will be volatile.

It’s the new reality. Get used to it.

Every year at this time, I offer some investment predictions for the year ahead. In the past, most of them were usually close to the mark, although last year was an exception.

My predictions are based on patterns that are in place at the time. They assume that the trends and policies we are experiencing at the start of a new year will likely continue, at least for a while. They do not take into account the unexpected, because that is unknowable.

This year we face a totally new situation. Even before he was sworn in, Donald Trump was making his mark on the U.S. business and political scene. If he can push Ford into cancelling the construction of a new plant in Mexico and bribe Carrier into keeping some jobs in Indiana while still President-elect, imagine what he will do when he’s in office. The world is about to get a shake-up. Any existing trends and policies are going to be tossed into the garbage.

All that is to say that making any forecasts for 2017 really involves a lot of guesswork. On that cautionary note, here goes.

There will be a major U.S. stock market correction. This goes contrary to what most analysts are currently saying but in my view the market is overbought. The major American indexes are all at or near record highs but investors keep going back for more. Talk about irrational exuberance! According to The Wall Street Journal, the price/earnings ratio for the S&P 500 was 24.82 at year-end, compared to 22.95 a year earlier. For the Dow Industrials, it was 21.68, up from 16.27 at the end of 2015. This is rarefied territory.

Some experts justify such high valuations on expectations of dramatic profit growth by U.S. companies over the next year. FactSet reports that analysts predict 2016 fourth-quarter growth of 11 per cent from S&P 500 companies and continued strong profit gains through 2017.

But the fact remains that p/e ratios are at their highest levels since 2010 and well above the mean historical average of 15.63. Something is going to give—it always does in these circumstances.

There’s no predicting when the correction will happen but I expect it will be in the next three months. There are many possible triggers, such as disappointing earnings results, frustration over the progress of key pieces of Trump-sponsored legislation, or just plain investor fatigue. Keep a close watch on Mr. Trump’s planned tax cuts, which the market is counting on to boost corporate profits and spur investment. The size of the cuts may run afoul of the President’s new Budget Director, Mick Mulvaney, who is a hardline fiscal conservative that opposes big deficits. If he influences Trump to water down the tax plan, investors will not be pleased and will react accordingly.

The bottom line is that U.S. stocks look highly vulnerable at this point and investors should act accordingly. Once the storm is over, New York will rally but the overall gain for the year is likely to be in the mid single digits.

Action: Take some profits in U.S. stocks, then sit back and wait for the bargains to appear.

Canadian stocks will hold up better. If the U.S. market dives, the TSX will follow. However, the sell-off may be less dramatic here. That’s because we’re into a market phase that favours cyclical stocks such as energy and mining. Assuming growth continues to accelerate, these companies should see their earnings increase at a faster rate than more traditional industries.

That said, if the U.S. correction reaches bear market levels the TSX will be fortunate to end the year with a gain.

The U.S. dollar will keep rising. The last thing Donald Trump wants is a stronger U.S. dollar. A high greenback hurts American exports and makes it more attractive for manufacturers to shift production to cheaper environments, despite his jawboning.

However, he doesn’t have a lot of control here. The Federal Reserve Board has already indicated it expects to raise its key rate as many as three times this year and, despite Mr. Trump’s blustering, so far it appears that Fed Chair Janet Yellen and her governors are going to continue to act independently. However, even they are uncertain what impact Trump’s policies will have on future growth, as the minutes from the December meeting showed.

A stronger U.S. dollar will lead to a further weakening in the loonie, the more so if the Bank of Canada is forced to cut its rate this year in response to our slow growth rate.

We will see the start of a trade war. We need to take Donald Trump at his word here. He has a hate on against China and Mexico, which he feels have robbed America of jobs, and he is going to get back at them. The cancelling of the Ford plant is just the start.

As President, he will have wide-ranging powers to impose tariffs and erect other trade barriers against countries he feels are harming U.S. interests. Expect him to use those powers, even if they are not in the long-range best interests of the United States.

His targets will respond in kind, China especially. This is my greatest fear of the Trump presidency – that he will use his power to set off a global trade war reminiscent of what happened in the 1930s after the passage of the Smoot-Hawley Act. World trade dropped 64 per cent in the four years after President Herbert Hoover signed the bill. Canada would not escape the consequences. I truly hope I am wrong on this one, but I don’t like what I’m seeing.

Action: Monitor the situation closely. If this scenario develops, reduce your equity exposure.

Bonds will be under pressure. Bond markets ended 2016 with minimal gains. The coming year could be even more difficult. It is rare when a universe bond index loses ground over a year but it could happen in 2017. The Fed’s program of rate hikes will influence commercial rates in this country and push our bond prices lower.

Action: Short-term bonds and the funds that invest in them are the least vulnerable to interest rate increases. Aggressive investors may wish to increase their exposure to high-yield bonds.

Those are my calls for this year but take them with a grain of salt. Keep a close watch on developments in Washington and the impacts they have on the markets. Be prepared to switch gears quickly if the situation warrants.