Stock Smarts: What To Do About The Ailing TSX 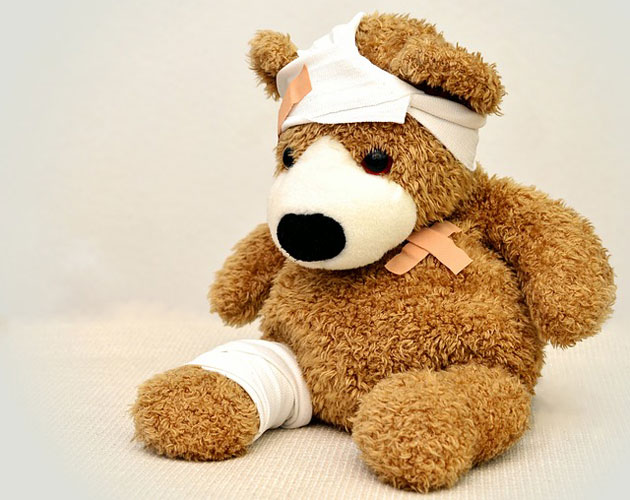 The Toronto Stock Exchange has been a bitter disappointment for Canadian investors so far this year.

While the Dow continues to hit new records and European exchanges post better returns than anyone expected last January, the TSX has been limping along around the break-even level for most of 2017.

As of the time of writing, the TSX Composite was down 0.4 per cent for the year. That’s by far the worst performance among all the major global stock indexes.

It should come as no surprise that some people are worried. One reader wrote last week: “I’m starting to lose my nerve and I have learned from you that that’s the worst time to make investment decisions. However, my profits are evaporating very quickly and some gainers have turned into substantial losses as I was buying on what I thought were dips. I can’t find any reason for this sell off and I’m afraid it’s going to get a lot worse. I’m now 67 and maybe it’s time to pull way back.”

I’m sure there are many other people in his position. The TSX Composite hit a record high of 15,943 in late February but since then it has been steadily drifting lower and recently fell below its 50- and 200-day moving averages. As I write, the index is now down 4.6 per cent from its February high. That’s a long way from what is normally considered correction territory (a drop of 10 per cent or more) but it’s enough to cause concern, especially when south of the border the S&P 500 is ahead nine per cent.

There is no doubt in my mind that stocks are overpriced and the market is due for a pullback. However, it has been slow in coming. It’s not as if investors are caught in the grip of irrational exuberance, rather they seem to be locked into a state of blissful apathy. No amount of bad news seems to shake their confidence that, with no recession on the horizon, markets will continue to push higher.

So why hasn’t Canada followed Wall Street’s lead? Our problem is overconcentration. Just look at the composition of the TSX Composite. Financials account for 33.5 per cent of the index, with energy at 20.7 per cent, and materials at 11.9 per cent. Those three sectors make up almost two-thirds of our stock market!

None of them are doing well. Financials, which comprise one-third of the index by themselves, are ahead only 1.5 per cent year-to-date. Materials are ahead 0.3 per cent. The energy sector has dropped 21.3 per cent this year (over 8 per cent in June alone), putting it into bear market territory.

So why are we floundering compared to the rest of the world? There are several reasons.

Trade concerns. With Donald Trump running the show in Washington and the NAFTA renegotiation coming up, no one can predict the course of future trade relations with the U.S. All we know is that things are going from bad to worse, with the U.S. taking aim at our softwood lumber, our dairy industry, Bombardier’s C-series jet, and steel imports, just for starters. Some major investment decisions are on hold until the trade situation is clarified and investors are understandably nervous about buying shares in companies that are heavily reliant on U.S. trade. This issue is not going to be resolved any time soon will continue to weigh heavily on the TSX.

Interest rates. The U.S. Federal Reserve Board raised its key rate again this month and now there are hints that the Bank of Canada may follow suit, perhaps as early as its July meeting. Rising interest rates historically put pressure on dividend paying securities, as investors demand a higher yield for assuming the additional risk.

Oil prices. The ramp-up in U.S. shale oil production has now reached the point where it is virtually offsetting the OPEC cuts. Rising inventories have resulted in a retreat in the oil price to below US$45 per barrel, down from over US$54 in December. That price drop directly correlates with the pullback in the prices of almost all energy-related stocks.

The U.S. economy. Until recently, investors had assumed that President Trump’s policies would add more impetus to what appeared to be a strong U.S. recovery. But no one is now sure whether the promised tax cuts and infrastructure spending will ever materialize and if so, in what form. Moreover, recent statistics suggest the American economy may be losing steam and the Fed is concerned about the weak U.S. inflation numbers. Based on the performance of the U.S. markets, most people have not lost faith but the doubts are growing.

Next: So What Should You Do?

What should you do? It depends what type of investor you are. Bumps in the road must always be expected when it comes to the stock market. Most people are better off riding them out – if you own shares in quality companies, stick with them. In fact, a smart investor will add to positions when everything seems to be falling apart. Think back to February 2009 when the market was in capitulation mode. If you had the courage to buy then, you made a lot of money.

Diversification is always important. Anyone who is heavily over weighted in Canada is lucky to be breaking even this year. If you’re in that position, consider moving some assets into the U.S. and Europe.

Someone in our reader’s position may want to go a different way, however. He’s 67 and obviously worried that his retirement nest egg is eroding before his eyes. He talks of pulling back and perhaps he should to some degree. It appears from his comments that his portfolio is over weighted to stocks.

It may be advisable in his case to take some money off the table (considering the tax consequences, of course) and hold it in cash or short-term bonds until this phase of the market cycle plays out. However, I would not advise selling everything. Keep a portfolio of core dividend paying stocks. They will eventually recover and in the meantime you will be enjoying good cash flow.

But I do see indications of growing investor unease, which could lead to the significant correction I have been expecting for some time. Make sure your portfolio is ready for it and that you have a strategy in place for dealing with it.

(This column originally appeared in The Toronto Star.)