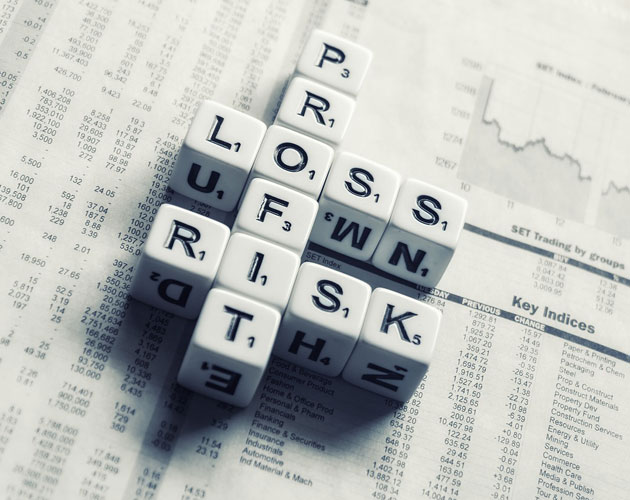 Worried about the stock market? Here’s a portfolio to ease your fears.

Based on the e-mails I receive, an increasing number of readers are worried about the lofty valuations in the stock market. I agree; prices are very high. That does not mean they can’t go higher but you aren’t buying anything cheap these days.

In the past I created two model portfolios that were designed for people who want to reduce their risk in the event the stock market nosedives. My Defensive Portfolio was launched in March 2008 when the TSX was nearing its all-time record high. As of the last review in March, it was showing an average annual compound rate of return of 8.3 per cent, comfortably ahead of its target. This was despite the fact that just over 30 per cent of its assets were invested in bonds, which have been weak this year.

In September 2011 I created a Conservative Portfolio for investors who were willing to accept reduced returns in exchange for lower risk. The goal was to preserve capital while earning a target return of two percentage points more than the yield on a five-year GIC from the major banks. It was last updated in April, at which time it had an average annual compound rate of return of 7.8 per cent, with a bond weighting of 55 per cent.

Both these portfolios had roughly the same objective – to outperform GICs without burdening the investor with aggressive risk. Both succeeded.

However, both these portfolio are designed to do much the same thing and hold many of the same securities. Upon review, I felt it would be best to combine them into a new Low-Risk Portfolio. As with the other two, the goal is to protect assets against stock market losses while providing a respectable return. My target is at least a point and a half better than the top GIC rate. Right now that rate is 2.9 per cent so our initial target is 4.4 per cent.

For this new portfolio, I have selected some securities from both the old Defensive and Conservative Portfolios, while adding some new ones. The initial investment will be $50,000. Commissions will not be factored in.

The new Low-Risk Portfolio will be composed of these securities. Prices are as of the market close on Oct. 19.

iShares Core Canadian Universe Bond Index ETF (TSX: XBB). This ETF tracks the performance of the broad Canadian bond market, including both government and corporate bonds. Bonds have been under pressure this year and the fund has managed a modest return of only 1.1 per cent so far in 2017. However, we need exposure to the Canadian bond market in this portfolio and the management fee has been lowered to a very attractive 0.09 per cent, which makes this a very inexpensive way to achieve that goal. Distributions are paid monthly and the current rate is $0.075. At a price of $30.86, the yield at that rate is 2.9 per cent. We will buy 250 units for a cost of $7,715.

PIMCO Monthly Income Fund (PMO005). This fund invests in non-Canadian fixed income securities from around the world. The managers have a mandate to avoid concentrated risk so no more than 50 per cent of the holdings can be in securities that are below investment grade. The effective duration is 3.9 years so this is a short-term fund. The fund has a very good performance record. Even during a period of rising interest rates, it managed a gain of 6.2 per cent in the year to Sept. 30. Distributions have averaged just over $0.04 per unit monthly so far in 2017. At the current rate, the yield is 3.4 per cent. The MER is 1.38 per cent. We will buy 500 A units in this fund at $14.44 for a cost of $7,220.

First Asset Enhanced Short Duration Bond ETF (TSX: FSB). This new ETF invests in an unusual portfolio that is divided between short duration high-yield securities and investment grade corporate bonds. The managers aim to generate positive returns over any rolling 12-month period, regardless of where interest rates are moving. Investors receive a monthly distribution of $0.03 a unit ($0.36 a year). The yield, based on a price of $10.01, is 3.6 per cent. That’s very high for a short-term bond fund and it is not guaranteed although First Asset believes it is sustainable. This is a new fund so it has no performance record but the managers are well experienced in this field. Most short-term bond funds are struggling these days, so we will give this one a try. We will buy 600 units for a cost of $6,006.

Canadian Utilities Preferred Shares Series BB (TSX: CU.PR.E). I have not included any preferred shares in previous portfolios because the market has been trying to cope with the big move to rate-resets. They now comprise well over half the preferred share market and have been very volatile. However, this is an old school preferred from a top-rated utility, with a fixed dividend rate of $0.3062 per quarter ($1.2248 per year). At the current price of $23.80, the yield is a very attractive 5.1 per cent. It is possible that Canadian Utilities may redeem this preferred, which they have an option to do. The current redemption price is $26, declining over time to $25. So if the issue were to be called, we would make a capital gain on this investment. We will buy 300 shares at a cost of $7,140.

Fortis Inc. (TSX, NYSE: FTS). This utility is based in St. John’s but it has operations across Canada as well as in the U.S. and the Caribbean. Because much of its business is regulated, revenues are stable and predictable. The company has increased its dividend for 44 years in a row and recently announced a 6.25 per cent hike to $0.425 per quarter that will take effect with the November payment. It also said it is targeting average annual dividend increases of 6 per cent through 2022. The shares are trading at $46.78. We will buy 150 of them for an investment of $7,017.

BCE Inc. (TSX, NYSE: BCE). This is Canada’s largest communications company, providing a broad range of broadband wireless, TV, Internet, and business communication services to consumer and business customers throughout the country. Bell Media is Canada’s largest multimedia company with assets in television (the CTV network), radio, out of home, and digital media. The company has a long history of earnings growth and dividend increases. The current payment is $0.7174 per quarter ($2.87 per year) to yield 4.85 per cent at a price of $59.11. We will buy 100 shares for a cost of $5,911.

Cash. We have $1,933.60 remaining in our account. We will open an on-line account at EQ Bank for this money. The current interest rate is 2.3 per cent.

Here is a summary of the portfolio. Comments: Bonds, preferred shares, and cash make up just over 60 per cent of the portfolio. Three equity positions make up the rest. Overall, the downside potential is low but so is the upside. We should not expect to earn large returns with this portfolio but over time it should generate good cash flow and modest capital gains while providing protection against a major stock market correction. I will revisit it in April to see how it is performing.