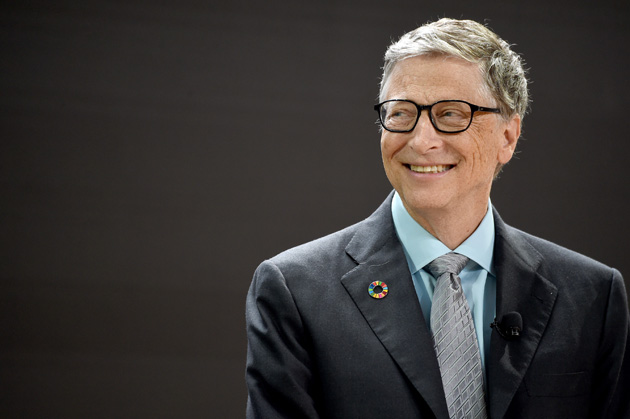 Bill Gates announced on November 14 that he is investing $100 million to research to find a cure Alzheimer’s disease, an affliction that destroys a person’s mental capabilities and causes untold suffering for both patients and their families. Gates becomes the first billionaire to give big money to Alzheimer’s research. Besides the scientific breakthroughs this money will potentially foster, the very fact that Gates is giving to Alzheimer’s is significant in itself. Alzheimer’s has never received the philanthropic attention it deserves, languishing far behind such well known causes as cancer, heart and stroke, AIDS, the environment, malaria, poverty, etc.

In his blog, Gates said his decision was motivated partly from watching men in his family suffer from the disease: “I know how awful it is to watch people you love struggle as the disease. It feels a lot like you’re experiencing a gradual death of the person that you knew. It is the only cause of death in the top 10 without any meaningful treatments that becomes more prevalent each year,” he writes.

With his announcement, perhaps that will finally change.

The Microsoft founder plans use the $100 million to launch a Dementia Discovery Fund, which will finance new treatments for the degenerative condition. He says he will tackle the problem using a five-pronged approach, which will focus on: research, developing a diagnostic test, test a lot of new drugs, bring the drugs to market a lot quicker and gather all the data to help understand the mechanism of the disease

To put the potential impact of his donation into perspective, the Alzheimer’s Society of Canada says it is financing 24 research projects with just $3.4 million.

Alzheimers is an irreversible disease that destroys brain cells, inhibiting a person’s memory, speech, reasoning, mood, behavior and ability to perform familiar tasks. It’s estimated that over half a million Canadians are living with some form of dementia, a figure that could double over the next 15 years.

The combined health-care system and out-of-pocket costs of dementia is estimated at $10.4 billion. By 2031, this figure is expected to increase by 60 per cent, to $16.6 billion.

“I’m making the Alzheimer’s investments personally because of it’s human cost, it’s economic cost, not just for the person who has it but for their partner and their family,” he concludes.