Why Did This Seniors Co-Housing Development Cause So Much Fuss? 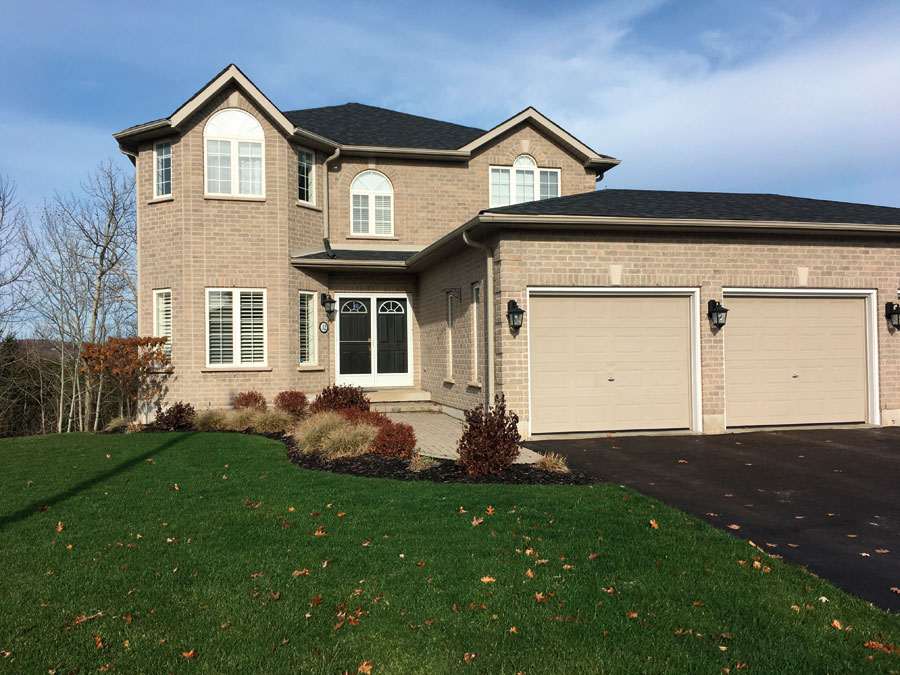 It’s not unusual for neighbours to organize and block a development from moving into the community. While lamentable, it’s also understandable; after all, even the most community-minded people don’t want a methadone clinic, a halfway house for sex offenders or recycling plant nearby. Anywhere else, yes — but not in my back yard!

But when the project that causes the neighbourhood to get up in arms is a newly renovated house with four quiet seniors living together, then there’s clearly something wrong.

Negative attitudes or discrimination against people because of their age is what Kavanagh and local realtor Shelley Raymond say they’ve continually run into as they’ve tried to introduce senior co-housing into Barrie, a once-rural community that has seen huge population growth as it has become a bedroom community to Toronto, one-hour’s drive south.

The co-housing concept is a simple yet effective model that’s slowly gaining traction. The idea is to find an investor to buy an existing house, renovate it for adaptive living and then sell it to a group of seniors (four seems to be a number that works) who would reside in it as joint tenants in common. Not only would the cost of the home be split four ways – allowing the tenants to live in a million-dollar home for a fraction of the cost – but so would the expenses: maintenance, property tax, utilities, groceries, etc.

Using an updated form of an old economic adage – four can live as cheaply as one – co-housing is a timely solution to the high cost of living for seniors. A nice home in a quiet community, occupants would get a bedroom and bathroom and share living, dining and recreation spaces. While independence and privacy is ensured, the shared aspect of this model fosters feelings of safety and companionship.

“It’s just like a family living together,” says the feisty Raymond, who, as president of Solterra Co-Housing set up a highly successful project in nearby Bracebridge, Ont., for her ailing father. “The only difference is that they’re not related.”

Raymond’s co-housing model has met challenges all along the way, primarily from Bracebridge town council, which tried to regulate it. After an eight-year battle, she defeated City Hall’s objections, her victory centring on a 1979 federal law that stipulates people are free to choose whom they share a house with, regardless of their race, colour, religion, sexual orientation – or age.

Encouraged by this victory, Kavanagh and Raymond attempted to bring the idea to Barrie. After several false starts, they found a local investor who was willing to buy an existing house in an upscale, close-knit community. The sale was finalized late last year, and all that was needed were renovations to be completed before the four units would be put on market in the new year.

But just as renovations were set to get underway, all hell broke loose. Area neighbours caught wind of the project and united to fight it. “None of them wanted a ‘seniors boarding house’ in their neighbourhood,” says Raymond. Showing up to a town-hall meeting ready for war, the neighbours vociferously complained about declining property values and issues of safety that they felt the co-housing unit would bring to bear.

“They said that the seniors would not look after their property, that the home’s residents would be constantly changing, that they’d run over children with their cars and that there would always be ambulances taking them to hospital,” says Raymond. “One person objected because she didn’t want ‘people in diapers’ living on my street.”

“We knew we were going to get some flack, but this was degrading and insulting,” says Kavanagh of this unfair and damaging litany of stereotypes that is encapsulated in these attitudes. “Four seniors were going to destroy the neighbourhood. I have never seen ageism like this.”

Two days later, the angry residents then sent a delegation to City Hall in an effort to quash the development. Their efforts were eventually rebuffed, with council saying they can’t dictate who lives in a house. And the mayor, Jeff Lehman, even apologized to Kavanagh for the rowdy reception at the townhall meeting, saying he’d never seen anything like that before.

Unfazed by the angry reaction, Raymond feels that her co-housing victories in Bracebridge and Barrie “will open doors” to future similar developments across Canada. “Affordable rental housing is scarce. Seniors are desperate for solutions,” she says.

And both she and Kavanagh feel the negative reception she’s received from area residents comes from a lack of understanding. There was a time when residents banded together to block certain ethnic groups from moving into the neighbourhood. Now, it seems, older people are going to have to overcome the same prejudices.

But Kavanagh is confident that once they see the development in operation, all objections will melt away. “They’re going to realize they’re living by four quiet seniors who will take care of their property and go to bed early,” she says. “Co-housing not only saves the government money by keeping people out of long-term care but it will also be good for the community.”

Cohousing vs. Co-housing
When it comes to two different retirement residential options, the hyphen makes all the difference.

Seniors Cohousing
A concept imported from Denmark, cohousing describes a planned development of stand-alone houses built into an eco- and pedestrian-friendly neighbourhood. While the houses are privately owned (similar to condo agreements), residents can share amenities such as swimming pool, tennis courts or workshop. The key element of community involvement, connection and co-operation is especially desirable for seniors, who benefit from the social interaction and neighbourly assistance. There are about 20 seniors cohousing developments across Canada. canadianseniorcohousing.com

Seniors Co-housing
Refers to one house shared between different owners. “Each owner has an undivided freehold interest in the home, and each co-owner is registered as tenant in common on the title/deed,” explains Shelley Raymond. The residents have a private bedroom and ensuite, which they can decorate to their tastes, and share access to living room, dining room, recreation room and kitchen. Costs of running the house or hiring assistance are shared equally and all decisions are made by vote. solterra co-housing.com

A version of this article appeared in the March 2018 issue with the headline, “There Goes the Neighbourhood?”, p. 32-33.