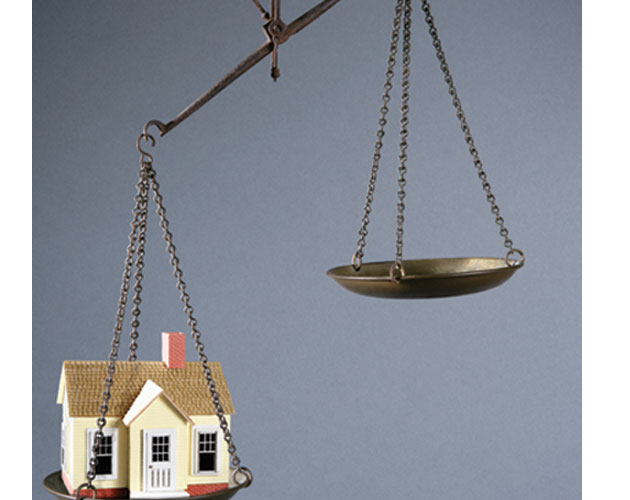 Is it all in the house? Ian MacNeill reports on the pros and cons of your home as your biggest and often only investment.

When my son brought his Grade 7 class to our home in New Westminster, B.C., for a “graduation” party a couple of years ago, my wife and I smiled at each other guiltily as a number of the newly minted millennials rushed around breathlessly describing it as an abode of the “rich.” Everything is relative, of course, but the truth is that we live in a modest four-bedroom home in a largely middle-class community where our neighbours are more likely to be nurses than doctors and firefighters than lawyers. It’s true that it has a reasonably noble bearing—the result of good “bones”—sizeable gardens my wife and I have poured much sweat and treasure into and an expansive view of the Fraser River as it wends its way past the condo towers lining its banks.

But it also carries a sizeable mortgage in the upper three hundreds, with the part of the house we do own having been paid for using pretty much every dollop of savings the two of us were able to amass prior to moving here from a townhouse in Vancouver.

Still, we consider ourselves lucky. Driven by foreign investment and all the usual irrational confidence in the long-term investment security of real estate, home prices in Metro Vancouver continued climbing to dizzying heights after we moved in three years ago, and there is still general agreement between us that we got into the single-detached market just in time. However, since our savings are well and truly tied up in our home it has become, ipso facto, the better part, if not all, of our retirement plan. Come a combination of hell and high water in the form of rapidly rising interest rates and a “correction” in housing prices when we need to sell, we can look forward to living out our declining years in a basement suite and coupon cutting to save money when we go shopping at the local Walmart.

Well, if both misery and home-owning hubris love company, it’s some consolation that we are not alone. Surveys suggest that almost a quarter of all Canadians lucky enough to own at least part of a home are relying on the equity they have built up in their castles to fund their retirement. Along with my wife and me, their number includes retired teachers Danielle Dewick, 68, and her husband, Brian Matthews, 78, of Almonte, Ont., a picturesque town of 5,000 on the banks of the Mississippi River, 45 kilometres south of Ottawa. Like us, they have the better part of their savings tied up in their home.

But, oh, what a home. Set on 16 acres along a country road, it backs onto wetlands that are home to migrating birds, deer, and coyote. The house itself—100 feet wide and 40 feet deep—is made of native yellow sandstone and features extensive landscaping as well as two ponds. “We always wanted to build a home from scratch, and this one has everything we ever wanted,” says Danielle.

That includes walk-in closets and a pantry, guest bedrooms and bathroom, a large entertainment area and, when you look outside the expansive front windows, water features and a large patio. In total, she estimates they have poured as much as a half a million into the property, leaving them with virtually no savings, which means if declining health ever forces them to sell in order to move into retirement homes, they’re going to have to wring as much as they can out of it in order to afford the price of admission. Although she has a teacher’s pension and her husband an income from the investments he purchased with his buyout when he retired, she acknowledges that it isn’t going to be enough without the equity in the house for a suitable retirement home.

“They’re very expensive,” she allows but remains both hopeful and philosophical nonetheless. “Maybe we don’t have as much cash on hand, but we live in a big house that has everything we ever wanted on a property that brings us all kinds of birds.”

And she’s not going to agonize over the prospect of falling real estate prices either. “We’re not really worried. We want to stay here as long as possible, with in-house help if necessary; maybe we’ll have to get some kind of mortgage.”

But the question remains: are those of us who are relying in whole or in part on our homes to fund our retirement living in a fool’s paradise? It’s not like the bottom hasn’t fallen out of the housing market before.

The answer depends, to varying degrees, where you are and what kind of home you have, whether you still have a mortgage to settle when you cash out and, of course, what the future may bring, which none of us knows, and if we did, we’d bet it all on Vida Blew in the fourth and retire to Bali or Bedlam. Despite the fact that prices here in Metro Vancouver—one of North America’s hottest markets over the past five years—flattened at the end of 2016 and are even predicted to decline slightly in 2017, Todd Conner, a realtor who lives around the corner from us in New Westminster, says the future looks brighter than bleak.

“People still want to live here,” he says, adding that he has yet to see a stampede of older residents rushing to cash out before the oft-predicted housing-price Armageddon skeptics say is inevitable in a market that has experienced double-digit increases five years running. More often than not older people tend to unlock the equity in their home only when maintaining it becomes too much for them, he says.

Unlike Vancouver, which seems to have hit a wall price-wise as buyers and sellers alike take a collective breath waiting to see what’s going to happen as a result of an uptick in mortgage rates, stricter mortgage-lending rules and the recent imposition of a foreign buyers tax designed to frustrate rampant speculation in the housing market, the Greater Toronto Area (GTA) continues to sizzle, leading to at least a partial exodus, says Mississauga realtor Michael Czan.

“Many of my clients have already cashed out, fearing that the market is unsustainable,” he says. But plenty of others are standing pat. “Although my older clients do tend to see the equity in their homes as a safety net, in most cases they only choose to sell once they have exhausted all other financial options because they see their homes as more than just a financial investment. They’ve put a lot of work into them and have many memories attached to them; it’s not something they want to let go of easily.”

Of course, in the real estate landscape north of 49, Vancouver and Toronto are more exceptions than rules because both markets have been identified by global investors as good places to park their money in recent years. The knock-on effect for Canadian homeowners living in them and hoping to leave the casino with bulging pockets is reasonably good, but what about the ROC (Rest of Canada)? According to Halifax realtor Vanessa Roman, the reality is less reassuring for those hoping to exercise the home-as-retirement-fund option in Atlantic Canada.

“On the east coast, people have this idea that a house should increase in value, but in a city like Halifax there has been flat pricing and a strong buyer’s market for nearly three years, which comes as a shock to those relying on it to fund their retirement,” she says, adding that in an effort to avoid the stagnant-price trap, empty-nesters tend to sell their homes and then invest the proceeds before moving into rentals, further depressing demand. “You can make more money from your investments than you can betting on real estate,” she says.

By contrast, homeowners in Alberta and Saskatchewan have been sideswiped by declining resource prices, especially oil. According to the Canadian Real Estate Association, Alberta is expected to record the largest annual decline in activity in 2016 in Canada at about eight per cent, followed by Saskatchewan at four per cent. But it’s not all doom and gloom, says Calgary realtor Jim Sparrow. The “retirement demographic” tends to be made up of long-time homeowners with no mortgage to speak of; they bought in long before the carpetbaggers arrived. Most of them are going to make money when they sell, just not as much as they would have in 2014. And resource prices will rebound—they always do.

Although relying solely on your home to fund your retirement is not an ideal solution—diversification is always a better strategy when it comes to saving—for many Canadians, it’s happened more or less by default. The question that many are now asking is: what do I do now—hold, sell or go crazy trying to decide? Perhaps those who lie awake at night worrying should sell and move on; at least it gets you off the razor’s edge of anxiety. Everyone else could do worse than adopting the insouciance of Danielle Dewick. “We’re going to stay as long as we can. Even if we get less when we do have to sell, by the time you’re 80 or 90, who cares?” she says bravely.

Go ahead and laugh. At least she’s sleeping at night, to the sound of coyotes howling their timeless song at the moon.