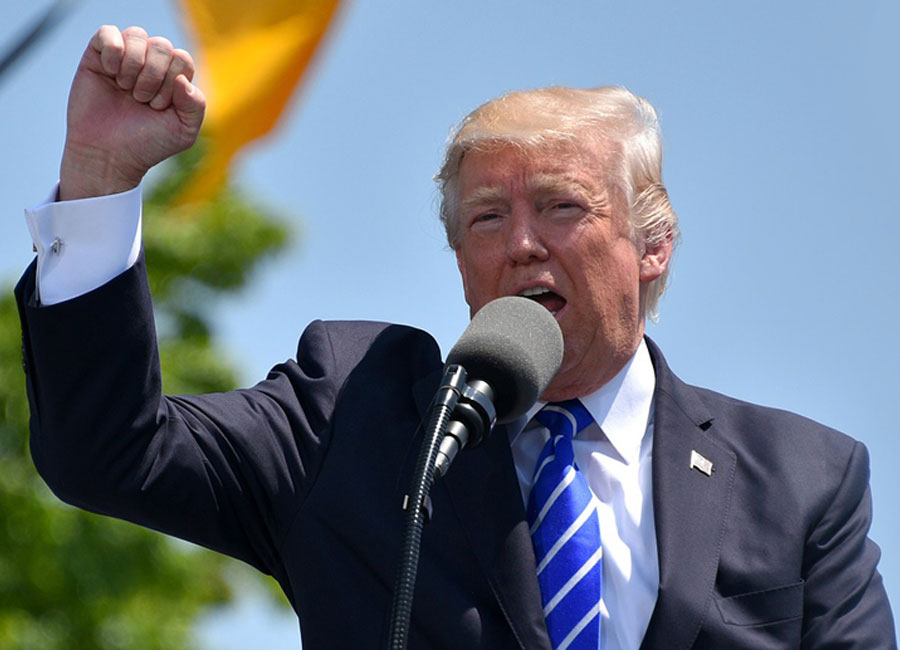 The U.S. has launched a trade war with China as President Trump’s threats continue to turn into reality.

Somewhat surprisingly, the stock markets seem to have taken all this in stride. But that bravado may not last much longer. Investors will eventually realize that Mr. Trump is not bluffing when it comes to trade. So far, he has followed up every threat with action. If he continues – and there is no reason to expect him to stop any time soon – he’ll wreak havoc with the world economy.

Just look at his record. He has been steadily escalated the tariff wars for the past several months. His administration has slapped tariffs on washing machines, solar panels, newsprint, softwood lumber, Bombardier jets, steel, aluminum, and a range of Chinese exports. And there is a lot more remaining in his arsenal.

The President strongly believes that the U.S. will be the winner in any trade war. And if winning means losing less than the other guys, he is probably right. In a war of attrition, the whole world will suffer but reports we are seeing now from economists around the world suggest the U.S. will suffer less when it comes to job losses and diminished GDP growth.

There is one thing the markets need to understand about Mr. Trump. When he proclaims “America first” he means it. He is not interested in win-win scenarios. He does not give a damn about the damage he inflicts on other countries, even his closest neighbours, Canada and Mexico. He is only interested in winning at whatever cost.

That’s why we need to pay close attention to his rhetoric. When he says he will escalate the trade war with China if they retaliate (which they have done) he means it. If he blusters about imposing crippling tariffs on car imports, he means it. He’s convinced he’s right, even if his actions fly in the face of all economic logic. And he has surrounded himself with sycophants who reinforce his beliefs. All the naysayers have fled the stage.

As might be expected, his targets are responding. China is matching the U.S. tariffs dollar for dollar. If Mr. Trump raises the ante, Beijing says it will respond in kind.

That’s the same line Canada and the EU are taking. You hit our exports, we’ll hit yours, dollar for dollar. The President has made it clear he doesn’t like that response. It appears he expects the rest of the world to suck it up and roll over. That’s not going to happen.

I was interviewed on a radio show last week. The host suggested that perhaps all this is political posturing by Mr. Trump in the run-up to the mid-term elections in November. After that, the President may be more reasonable, she suggested.

I disagreed, mainly because Mr. Trump, in his own mind, thinks the U.S. is being reasonable. His actions, he believes, are simply redressing long-standing abuses in the global trading system. It angers him that his trading partners don’t see it that way.

This has all the earmarks of an escalating 1930s style trade war, in which nations continued to raise tariff barriers in order, they thought, to protect their own economies. The end result was a massive drop in world trade, plunging GDPs, wide-scale unemployment, an increase in unrest, the growth of militarism, and, in the end, World War II.

Hopefully, this cycle doesn’t end in World War III. But it almost certainly will end with more people out of work, higher inflation, and broken alliances.

The U.S. stock markets haven’t seemed overly perturbed by all this, perhaps because the American economy continues to be strong and the U.S. is more self-sufficient than most countries. But the numbers suggest concerns are increasing. The Dow Jones Industrial Average is ahead a meagre 0.8 per cent for the year, as of July 12. That is a tepid advance in the face of a robust U.S. economy, strong earnings reports, and the huge financial benefit of the corporate tax cuts.

The escalating trade war is now a clear and present danger, but it isn’t the only thing investors should be worried about. There are other warning signs out there. They include:

An aging bull market. This bull traces its origins back to March 2009, when the market hit bottom after the fall-out from the Great Recession. That’s the second-longest bull in history. It has to come to an end sometime.

Rising interest rates. The U.S. Federal Reserve Board is in a tightening mood and another two or three rate hikes seem likely this year. The Bank of Canada also raised its benchmark rate by a quarter-point this month, despite our weaker economy. Rising interest rates normally have a negative impact on stocks.

A flattening yield curve. The Wall Street Journal reported last week that the difference between yields on two- and ten-year U.S. Treasury bonds had fallen to its lowest level in 11 years. A flat to inverted yield curve is usually a precursor to a recession.

All the indications suggest that stocks are heading for a fall. I can’t predict when: tomorrow, next month, next year – we’ll only know in hindsight. But the reckoning is coming at some point and we should be prepared.

I’ve said this so often before that it probably seems like I’m beating a dead horse. But this horse is anything but dead. It’s very much alive and galloping frantically towards what I fear is a cliff.