Your Money: A Bite Out of the Sandwich Generation 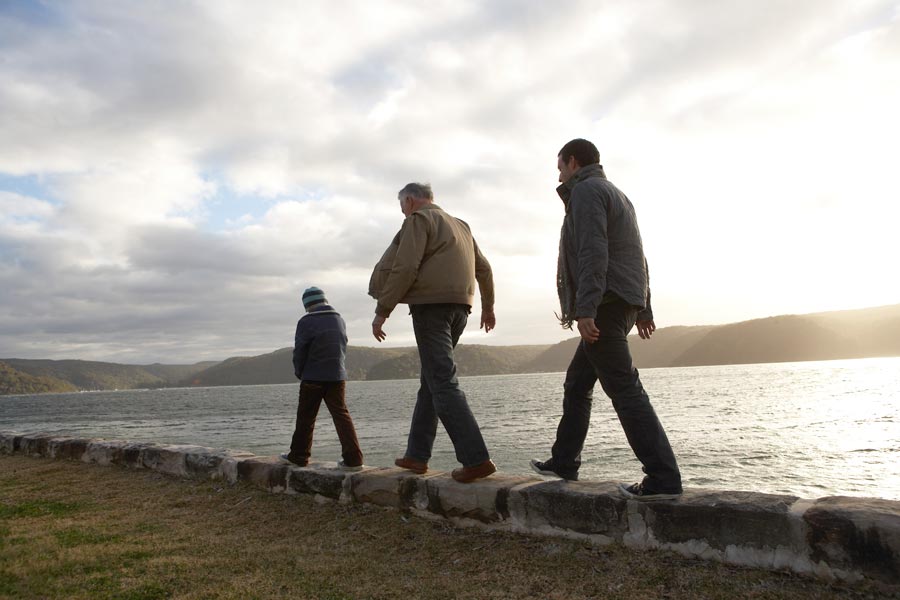 There is a price – and not just financial – to being in the middle.

It’s almost a cliché for middle-aged Canadians to complain about their adult children repeatedly trying to cash cheques at the Bank of Mom and Dad, but an increasing number of mid-lifers just trying to save enough for their own retirement are getting hit with a double whammy – supporting both their kids and their elderly family members.

The impact this is having on the so-called “sandwich generation” is profound, says Carleton University professor Dr. Linda Duxbury, co-author with Dr. Christopher Higgins of the University of Western Ontario’s Ivey School of Business of a study entitled “Balancing Work, Child Care and Eldercare: A View from the Trenches.”

The view from the trenches is not reassuring. Working people caring for children or elderly relatives or both report higher degrees of stress than those who don’t have to worry about anything other than which bottle of wine to open for dinner.

Sandwichers are the walking wounded; whether they’re mid- to upper-level professionals or lower-income workers, supporting both kids and parents has become a stressful burden.

And the problem is not going away soon. Canada is getting top heavy when it comes to aging as the boomer bulge works its way along. Exacerbating the problem is that young people are waiting longer to get married – and having fewer children when they do – leading to fewer working Canadians supporting an ever-growing community of retirees living longer and longer.

Not surprisingly, the responsibility of caring for both children and aging relatives is one that crosses ethnic as well as social and economic boundaries. Anyone familiar with the urban landscape has probably noticed the ubiquitous money transfer shops that dot every large city.

It is through these and other wire-transfer services that immigrants and temporary foreign workers “remit” money to family members back home, an astounding $24 billion in 2012 according to a World Bank study. Most of it is channelled into India, China and the Philippines, but African, South American and European countries are also on the list.

As much as 10 per cent of the total is being funnelled into the Philippines, a number that does not surprise Rey Sangalang, an executive assistant in the Manitoba legislature and a board member with the Philippine Canadian Centre of Manitoba Inc. in Winnipeg.

More than 20 years after arriving in Canada, he’s still sending home up to 15 per cent of his salary to support a family member. He has a reasonable income, but many other Filipinos working at low-wage jobs (often as nannies or personal support workers) are still expected to send home sufficient funds to support aging parents and assorted other relatives, some of whom take it for granted, thinking that anybody who lives in Canada is, by definition, wealthy.

A newspaper story in Vancouver tells of people working minimum wage jobs sending home as much as $1,000 a month.

“It definitely affects monthly expenses for many Filipinos living in Canada,” says Sangalang. “If you’re supporting children back home, they eventually grow up and become self-supporting, but it’s different with parents. And they don’t have the same kinds of support networks there that we have in Canada. If they worked, they have their social security, but it’s very small, and medical care in the Philippines is very expensive.”

Supporting aging relatives instead of focusing on their own financial needs means sandwichers, whatever their ethnicity, are putting their own financial futures in jeopardy. That hasn’t deterred them from pulling out their cheque books; according to U.S. study by Aging Care, 34 per cent of respondents to a survey say they spend $300 a month or more caring for elderly relatives, with another 54 per cent reporting that such spending leads to personal sacrifice.

Some sandwichers are spending large amounts of their own money renovating their own or their parents’ homes to accommodate them in the community; others are paying caregivers at rates ranging from $20 to $60 an hour to compensate for time they can’t spend themselves. Each situation is unique but potentially expensive in terms of time and/or money.

Now, a lot of people are going to read this and think: hey, suck it up and do what you have to do to fulfill your responsibilities toward your family members and stop whinging.

Sandwiching is not just causing financial and emotional stress within families, it’s having a net negative impact on productivity in the workplace and ultimately on the economy as a whole.

According to Duxbury, sandwichers are coping with the conflicting demands of work and caregiving by bringing work home and giving up on sleep, personal time and social life. Fully 60 per cent said balancing caregiving and work had negatively affected their productivity or career; consequences include increased absenteeism and use of benefit programs, challenges in succession planning, reduced client satisfaction, lower productivity and increased conflict within work groups.

It would be an exaggeration to say that nobody at the academic, political or corporate level is paying attention to this problem, but it is safe to say that the problem is not getting the attention it deserves, says Duxbury.

Working Canadians with child- and eldercare responsibilities are feeling the pain. According to the Duxbury-Higgins study that polled more than 25,000 employees, professionals and managers:

25-35 per cent of respondents are balancing work, caregiving for aging relatives and/or child care

60 per cent of caregivers are sandwichers

40 per cent report feeling frustrated and angry by the demands on their time.