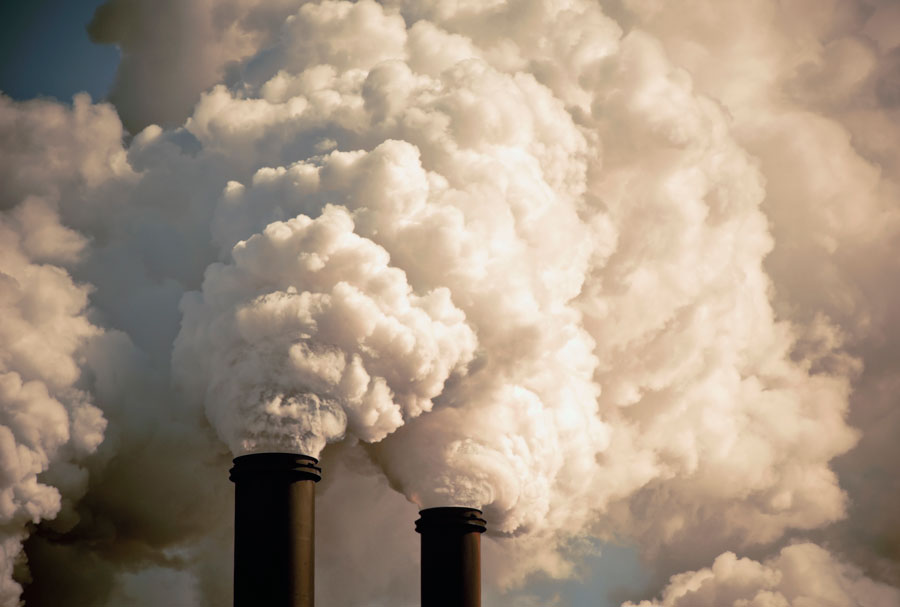 Prime Minister Justin Trudeau reiterated again that he will not wait on provinces who are opposed to his carbon tax.

Speaking in Toronto on Tuesday, the Prime Minister said: “Will we kick this can down the road yet again? Or will we show some courage to do what needs to be done?”

This was a not-so-veiled attack on Ontario Premier Doug Ford and Saskatchewan Premier Scott Moe, the two most outspoken critics of the carbon tax plan.

And since neither premier has any intention of implementing a tax on carbon emissions in their respective provinces, Trudeau says he’ll go ahead and levy a “backstop” tax on fuel and production and distribution companies and send rebate cheques to Canadians to offset the increase in gasoline and natural gas prices. (The amounts will vary based on where you live and the number of people per household.)

Opponents of Trudeau’s gambit didn’t mince words. “Don’t tell Canadians that you’ve got an environmental plan and that’s it’s really just in fact a new taxation tool,” federal opposition leader Andrew Scheer told CBC Radio. Doug Ford also berated the Prime Minister’s move, saying that “the people of Canada are too smart to believe that Trudeau’s phoney rebates are anything more than a temporary vote buying scheme that will be discarded once the election is over. In contrast, the carbon tax rip-off is forever.”

While the Liberal carbon tax scheme continues to stir up a hornet’s nest of controversy among politicians, it’s also causing a lot of head-scratching among Canadians, many of whom are unclear on why a carbon tax is necessary and what effect it will have on their wallets.

So let’s try to clear the air on what this carbon tax is all about.

What is a carbon tax?

In its Pan-Canadian Framework on Clean Growth and Climate Change, the federal government mandated that all provinces must come up with some kind of mechanism that penalizes companies that don’t try to minimize up their environmental footprint.

Taking effect in January, the Greenhouse Gas Pollution Pricing Act will begin collecting tax on industries based on the amount of carbon dioxide they emit from the production of their goods. The tax will start at $20-per-tonne of CO2 emissions, rising to to $50-per-tonne in 2022.

The government hopes that the punitive measures of what is, in effect, a pollution tax, will encourage companies to begin lessening their carbon emissions, thus lessening their negative impact on the environment.

Everyone is pointing to a recent United Nations Report which, if correct, warns that the window to address damage done to the environment is about 12 years. (Not 10 or 15 years, but 12)

Why is the carbon tax controversial?

Why do the Liberals feel it’s necessary?

Prime Minister Justin Trudeau and Environment Minister Katherine McKenna have repeatedly claimed the carbon tax is necessary to address greenhouse gas emissions and its negative effect on the environment without severely harming the economy. They point to the fact that B.C.’s 10-year-old carbon tax has not put a dent in that province’s robust economy. Plus, they claim the carbon tax will be revenue neutral, meaning that all monies raised by the tax will be sent back to consumers. Households would receive a cheque each year to offset the extra price they’re paying because of the tax. This would mean that Canadians at a certain income cutoff would receive roughly $350 next year, an amount which would increase as the carbon tax rises. While Ontario, Saskatchewan, Manitoba and New Brunswick are adamantly oppose the carbon tax, the Prime Minister is threatening to impose it in all provinces that don’t don’t have a CO2 reducing plan. In the cases where provinces don’t put forward a plan that meets the government’s approval, the Liberals plan to go around the provincial governments and refund people directly with the money collected through the tax. McKenna doubled down on this threat recently, saying: “We’ve been also clear — and the prime minister’s been extremely clear — that if provinces don’t take serious climate action, if they don’t recognize the cost of pollution, that we will have to step in and we will return the revenues to the individuals directly.”