13 Things You Need to Know About the Canada Pension Plan 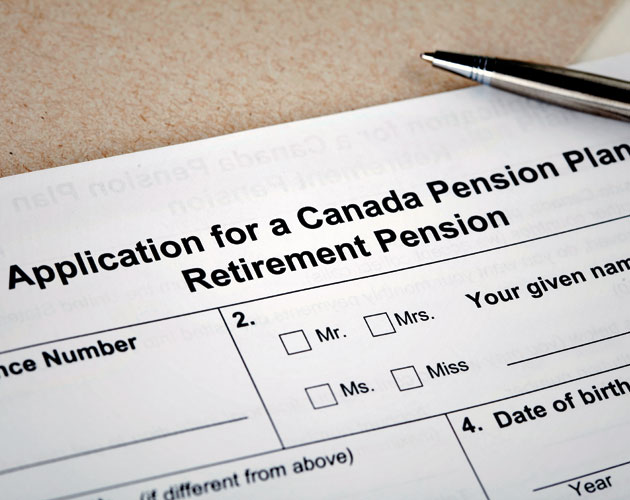 Photo by: Power of Forever

We all contribute to it with the understanding that we’ll be taken care of to a certain extent when we retire. But how does the CPP work?

Although it forms a big part of our retirement income, the Canada Pension Plan is a complex program that’s not entirely understood by those who will eventually benefit by it. Here, CARP helps clear up the misconceptions with a CPP primer.

A booming economy in the 1950s and 1960s heralded the advent of big government social programs aimed at ending poverty, especially among seniors. First, in 1952, the Liberals led by Louis St. Laurent introduced Old Age Security (OAS), a benefit paid to all Canadians age 70 and over (now 65 and over). Lester B. Pearson’s government introduced two more senior-friendly programs: the Canada Pension Plan in 1966, to help provide an income for working Canadians after they retired, and the Guaranteed Income Supplement (GIS) in 1967, a benefit to help lift very-low-income seniors out of poverty. A 2015 global survey found that Canada spends 4.3 per cent of its GDP on pensions, well below the Organization for Economic Co-operation and Development average of 7.9 per cent.

Since its introduction, CPP has always been a mandatory program, with the premiums shared 50-50 between employer and employee. (Self-employed pay the full premium based on net profit.) It all operates on the principle that the temptation not to save is too great. CARP’s Wanda Morris agrees, saying, “Behavioural experiments show that unless we’re nudged – okay, in this case forced – into an automatic savings program like the CPP, we probably won’t save on our own.” (Witness the $500 billion Canadians have in unused contribution room to their RRSPs.) Small business owners have always grumbled about the idea of sharing CPP premiums, saying it’s no more than a payroll tax.

In 1997, the government created the Canada Pension Plan Investment Board (CPPIB) to manage the fund’s assets. Because it’s such a massive resource (with assets close to $300 billion, it’s the ninth largest pension fund in the world), Morris claims that the CPPIB can use its “relatively low management costs along with its magnitude of dollars and invest in lucrative companies and infrastructure projects around the world,” such as a leading bank in China, a massive retail chain in Korea and a pet food company in the U.S. The proceeds from these are used to pay CPP benefits to retirees. In the last 10 years, CPP has averaged a 6.8 per cent annual real rate of return, adding $125 billion to the pension pool.

Based on current projections, the CPPIB estimates the plan has at least 75 years of sustainability. The longevity of the scheme really depends on what economist Malcolm Hamilton calls “intergenerational solidarity.” He means that, for programs like CPP to endure, future voters and politicians must share the same political will to support it as we do today. The two big unknowns: how will the stock market perform and will cash-strapped governments keep their hands out of the CPP cookie jar?

No, in fact, thanks to efforts by CARP, which lobbied hard for CPP enhancements, when millennials retire, they’ll actually receive higher payouts than their parents or grandparents did. Last year, the provinces and federal government came to a surprise agreement to make improvements for workers down the road. So when millennials retire, payouts could be as much as 50 per cent higher than today’s retirees receive. According to Morris, “The fact that 79 per cent of CARP members backed CPP enhancement showed that older Canadians don’t care just about themselves but are also willing to fight for future generations.”

The amount of CPP payouts you receive will depend on how much you earn during your career and how much you paid into the program. And while you can drop your lowest eight years from the equation (as well as some child-rearing years, for those who qualify), there are still a lot of school years and climbing years that will bring down your average. The current maximum payout is $13,370 a year – but only those who have 39 years of consistently high earnings will hit that. The average Canadian retiree actually receives far less – with $8,221 being the yearly average.

You can request your Statement of Contributions (SOC) from Service Canada, an estimate of CPP benefits you’ll receive based on your contributions if you were 65. Remember, says CPP specialist Doug Runchey of DR Pensions Consulting, the SOC is an estimate, not a guarantee. “The biggest mistake people make is misunderstanding what the numbers mean on their SOC,” he says. Say you’re in your 50s, and your SOC suggests that you’ll be eligible for a pension a $1,000 a month when you retire at 65. This assumes, however, that you’ll continue earning at the same level from now until the end of your working career. It doesn’t take into account job loss, extended leave, a drop in earnings or early retirement, all of which will lower your CPP benefits.

8. Should I collect CPP early?

You can begin collecting CPP as early as 60 or wait until 70 at the latest. However, the government will penalize you (subtract 0.6 per cent a month before 65 if you begin collecting early) or incentivize you (add 0.7 per cent a month after 65) if you defer it. To illustrate the difference, suppose your annual CPP benefit is $10,000 a year, if you begin collecting at 60, you’ll be penalized $3,600 over the five years. Conversely, if you delay to 70, you’ll collect an extra $4,200. Runchey says if you live to 80 (the normal life expectancy), it doesn’t matter what age you start receiving benefits: “Based on the math, by 80 the total payouts will be about equal.”

If you can afford to, deferring seems the logical choice. However, many Canadians (42 per cent) begin collecting at 60 simply either because they need the money or they want to start dipping into their nest egg. Plus there’s the health wild card to think about. Consider the case of Sarah, a single woman who, in order to get higher payouts, opts to defer her CPP until age 70. Unfortunately, she passes away at age 69, and all those years of paying into the plan go for naught – her money goes right back into the CPP pool.

In order to decide whether to defer or not, Runchey says that those on the verge of retiring should “know what their [CPP] payouts will be and consider all their other retirement income streams.” Besides being a pension consultant, he has a sideline business where, for a small fee, he’ll run the numbers to give people a better idea of when it makes most sense to begin claiming CPP.

If you’re between the ages of 60 and 65 and working, you must contribute to CPP whereas workers between the ages of 65 and 70 can decide for themselves. These premiums go toward your Post-Retirement Benefit (PRB), which will bump the amount you receive after you retire.

One of the realities with CPP, CARP’s Morris notes, is that older singles (like Sarah) are unable to avail themselves of several benefits that married or common-law partners can. The most obvious example is the survivor’s benefit, which is paid out to the surviving member of a married or common-law union. Single people, however, cannot designate a family member or friend who could receive the survivor’s benefits. Morris points to another issue whereby people who don’t have children must, in effect, subsidize those who do, through the child-rearing dropout provision.

Fill out a CPP application at your local Service Canada office (or online at www.servicecanada.gc.ca) six months before you wish to start collecting benefits.