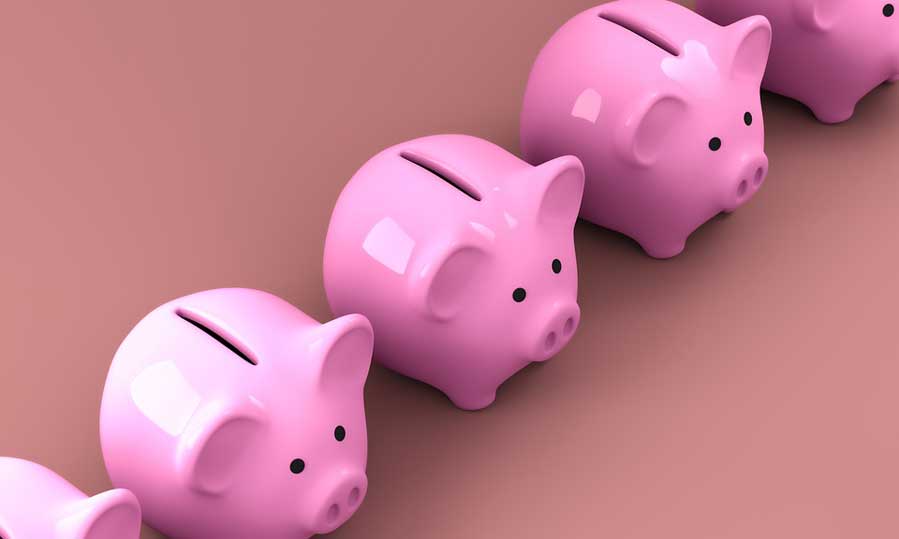 John Bogle passed away last month. He was the creator of index funds, a man who believed in keeping investments simple and costs low.

When he started his first index fund for individual investors in 1976, he could not possibly have imagined how the concept would catch on. Today, U.S. based index-based mutual funds and ETFs have more than US$3.6 trillion in assets under management. Canadian ETF assets at the end of December were $156.8 billion. The total number of Canadian ETFs is 660, with more being added each month.

That’s a lot to choose from. Some of the choices are simple funds that track major indexes, which is what Mr. Bogle originally envisaged. Some are highly specialized, providing investors with an opportunity to place bets on specific areas of the market. And some are sheer crap games, offering leveraged plays on commodities that can swing wildly in value.

Here are four ETFs that I am recommending as buys right now. They are quite different in nature, as you’ll see. Three are for conservative investors while the fourth is only for those who are willing to take some risk.

Background: If you only want to own one Canadian bond mutual fund or ETF, this should be it. The fund tracks the performance of the FTSE TMX Universe Bond Index, net of expenses. That means you have exposure to all domestic bonds, both government and corporate, with maturities ranging from less than five years to more than 20.

Performance: Despite the drag of rising interest rates, the fund delivered a gain of 1.28 per cent in 2018. The ten-year average annual compound rate of return is 3.86 per cent.

Key metrics: This is a big fund, with $2.3 billion in assets under management (AUM). About 72 per cent of the portfolio is in government bonds (mainly federal and provincial with a small holding of municipals). The rest is in corporate issues. More than 99 per cent of the assets are investment grade bonds (rated BBB or higher), so the credit risk is extremely low. The MER is 0.19 per cent.

Distributions: Payments are made monthly. The January distribution was $0.074 per unit ($0.888 annually). It has remained at that level since last September. At that rate, the current yield is 2.9 per cent.

Conclusion: This fund should be the keystone of the fixed-income segment of your portfolio. However, be aware that the distribution level is gradually eroding the fund’s net asset value.

Background: The goal is to replicate the performance of the FTSE TMX Canada Convertible Bond Index, net of expenses. Convertible bonds can be switched for common stock under the terms of each specific offering.

Key metrics: This is a relatively small fund, with $116 in AUM. It was launched in June 2011 and has 44 holdings. Some of the positions are unusually large, such as a 10.31 per cent weighting in Element Fleet Management and 9.12 per cent in the convertible bonds of Chemtrade Logistics Income Fund. The MER is 0.5 per cent.

Distributions: Paid monthly. The January distribution was $0.07 per unit, which if continued would work out to $0.84 per year. That would yield 4.7 per cent at the recent price.

Conclusion: There is more risk here than in XBB, however the five-year return is good and the strong start to 2019 is encouraging.

Performance: The fund did not have a great year in 2018, but it did manage to gain 2.94 per cent, slightly beating its benchmark, the S&P Total Markets Index. The three-year average annual return is a more respectable 8.23 per cent.

Key metrics: The fund has about $1.4 billion in assets under management. The MER is a very low 0.07 per cent so almost all your money is working for you.

Distributions: Payments are made quarterly and the amounts vary considerably. The total payout in 2018 was $0.453 per unit. If that were repeated this year, the yield would be 1.7 per cent at the recent price.

Conclusion: This is an all-stock ETF so returns will reflect what is happening in equity markets south of the border. I regard it as a core long-term holding for anyone wanting on-going exposure to the broad U.S. market.

Background: This ETF invests in a portfolio of cannabis stocks, with the heaviest weightings in Canopy (13.45 per cent), Aurora (11.56 per cent), GW Pharmaceuticals (9.6 per cent), and Tilray (9.58 per cent). Combined, these four companies make up more than 44 per cent of the portfolio.

Performance: The units fell as low as $13.43 in December as cannabis stocks were hammered after several companies ran out of stock. The shares have since rallied but this remains a volatile sector.

Key metrics: The management fee is high for an ETF at 0.75 per cent. Distributions are paid quarterly, with the December payment coming in at about $0.29 per unit. Net assets as of Jan. 18 were $833 million, up from $777 million in October.

Outlook: The demand for cannabis exceeded supply after legalization in October and companies have been struggling to ramp up production. The field is overcrowded and some of the smaller firms will likely be taken over or go under, but major players like Canopy should do well over time. Because of the volatility and the fledging nature of the market, this ETF is for aggressive investors only.