From Streaming Services to Software to Fitness Apps, 7 Ways to Get Your Digital Subscriptions Under Control 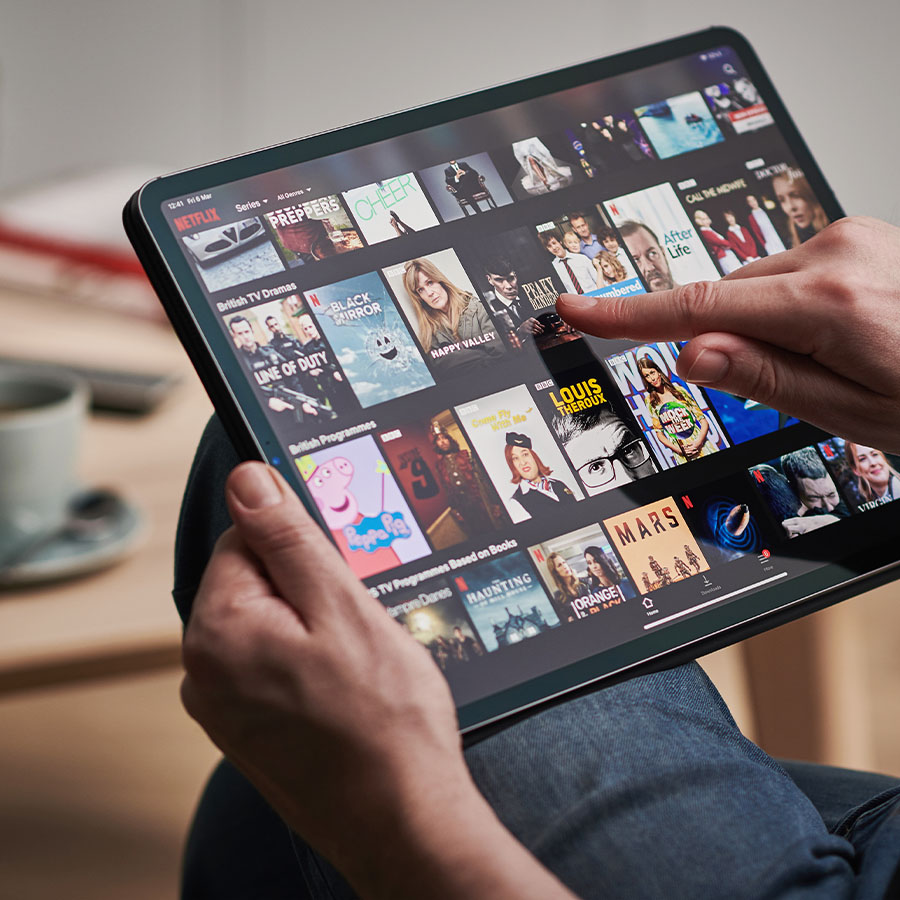 I don’t always look over my credit card and bank statements. I know this makes me a bad person, and I have come to terms with that. But I don’t have an especially active financial life, so it has mostly not been a problem.

But that changed with the pandemic.

According to the Wall Street Journal, at the end of 2020 subscriptions to streaming services in the U.S. were up 50 per cent over 2019. And in Canada, Netflix was on track to grow its subscriptions by more than 13 per cent in October 2020, compared to about 4 per cent in 2019, and Amazon Prime – which offers both video streaming and deliveries – by 21 per cent. For people aged 50-64, Statistics Canada reports that 34 per cent spent more on video streaming in 2020 than they did in 2019 and 31 per cent spent more on internet services in general.

Streamers are just the tip of the iceberg. These days, you can subscribe to everything from software to fitness classes, and if you don’t keep on top of it all, you can get snowed under.

Like a lot of people, when I got stuck at home in the middle of last March, I started subscribing. First it was for delivery services, then streaming channels and newspapers, and eventually it extended to include software and even mental healthcare.

The subscription model has been gaining corporate ground ever since video game producer Blizzard won the jackpot in the early 2000s when it started giving the game itself away for free and charging people a monthly fee to play.

Building on this, and the iTunes (now Apple Music) breakthrough of charging a small enough fee for each song that most consumers wouldn’t think twice about it, subscriptions these days have a tendency to fall into the background of our everyday financial lives. Back when bills came in the mail, they were harder to ignore, but now, when they don’t even necessarily show up in our inboxes, some new pandemic (and post-pandemic) habits and skills are in order to keep track of what you need, prioritize what you want, and plug up any cash leaks you may not even know are there.

There are apps with names like Trubill and Trim that purport to help with various aspects of keeping on top of stuff like this, but none of them really do the whole job, and many of them require a subscription, which, I mean….

Step 1: Find out what you’re spending

This is not as easy as it sounds. If you’re like me, you’ll have subscribed to newspapers and meditation apps, software and grocery deliveries on several credit cards and at least one bank account (for me, it’s two). Which means you’re going to just have to set aside an hour or so with all your statements, go line by line, and make a note of every one on a spreadsheet, a memo app, or plain old paper. Most banking and credit card user interfaces will let you search through several months of transactions if you’re not seeing something you think should be there; some will even let you search for ranges of charges – say, $10-$20 – to let you capture charges you may have forgotten about. Services that charge annually often save you money, but they’re also easier to forget about.

Step 2: Track down the lurkers

When I did my own little audit, I found a charge of $15.88 from something called Hipay, which I’d never heard of. A little research told me it was a billing or merchant aggregator, a company that handles other companies’ billing. There are others, like Mobiyo, Amaryllis, and Payment Highway. These are there for merchants’ convenience, not yours, and it can be tough to extricate yourself from bills you’re paying under their aegis, which brings us to step 3.

Step 3: Watch out for introductory offers

Whether it’s a free month, like Crave offers, or a low introductory rate, eventually, the real rate will kick in, and it could surprise you. Once again, there are apps that help with this, but I’ve found your old Google Calendar or iCalendar works just fine. When you take one of these offers, put a note in your calendar for a couple of days before it expires to remind yourself, and then you can cancel, or at least be aware you’re about to get dinged.

Step 4: Cancel by any means necessary

Your audit will turn up delightful subscriptions, like the Criterion Channel, that you’ll definitely want to keep. But it will also almost certainly turn up some clunkers. And sometimes, these things are not so easy to get out of.

Once I determined what Hipay was, for instance, it took me a full week of increasingly infuriating emails first to exceedingly coy Hipay customer service representatives, and finally to American Express, which ultimately put a kibosh on the charge for me. It took almost another week to get Hipay to release the information I was looking for: The charge was for a subscription to French newspaper Le Figaro, which I’d taken out months before when I thought I could make the lockdown go away by connecting with the world through news. I hadn’t read it in months.

Unfortunately, a big part of companies’ increasingly stealthy subscription tactics is making cancellation as difficult as possible. You may have noticed that some that used to let you cancel online, the way you probably subscribed, now require you to cancel by phone, where you can be subjected to long wait times and last-ditch sales pitches to get you to change your mind.

Just before the pandemic hit, I met someone who worked in subscription services for the New York Times who told me something that shocked me: Everyone gets a different rate when they subscribe to the Times. He told me it was an AI-assisted algorithm thing, but essentially it meant that you may be told the NYT will cost you anything from $20 a week to $1 a week. This means a couple of things, First: algorithms, man. Second: It’s a free-for-all. This goes as much for software subscriptions as it does for media. When I emailed to cancel my subscription to Adobe Acrobat, for which I was paying $27.90 a month, I got an offer of $9.99 a month if I kept it. That’s a savings of $216 annually for just one subscription. This tends to only work when you’re dealing with a human, either by phone or email. I have not had any luck, for instance, cancelling my Microsoft Live subscription and getting a better deal.

If your audit happens too late to catch a charge for something you don’t want or didn’t know you had, get in touch with customer service, tell them that this was unexpected, and ask for the charge to be reversed. In my experience, four times out of five, they’ll agree in under a minute.

This pandemic isn’t nearly over and you’re not going to stop subscribing to things any time soon, so you should work these steps into your monthly (bi-monthly? tri-monthly) financial habits. It can save you actual thousands of dollars.

The Best Apps to Help You Stay on Budget in 2021

How to Set Boundaries When Supporting Your Children Financially