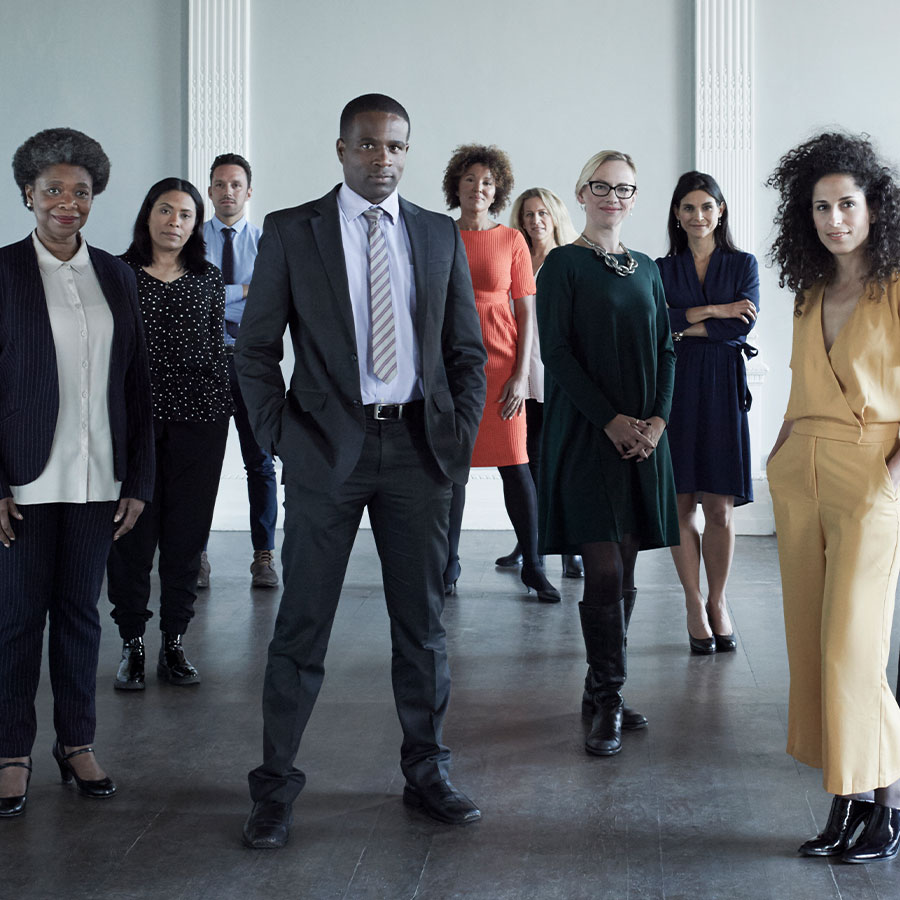 Generational differences in the workplace, far from being a problem to be smoothed over, can, if properly understood and managed, create net benefits to an organization. Photo: Flashpop/Getty Images

We all laughed (or maybe not) at the “OK, Boomer” fad of a few years ago. After all, intergenerational anger and distrust isn’t exactly new. The Boomers themselves (I’m one). back in our own youthful rebellion stage, declared: “Never trust anyone over thirty.”

But aside from giggles or eye-rolls or shaking of fists, there are some serious implications to intergenerational conflict, particularly in the workplace. For the first time in history, we have five generations represented in the workplace at the same time — Silent Generation, Baby Boomers, Generation X, Millennials and Generation Z. Tensions are mounting, as this important article from the Harvard Business Review points out. “The anger and lack of trust they can cause hurt team performance by limiting collaboration, sparking emotional conflict and leading to higher employee turnover and lower team performance. And a lack of awareness and understanding of age issues can drive discrimination in hiring and promotion, leading to lawsuit risks.”

What’s striking here, of course, is that the plea for greater generational understanding isn’t just based on the moral or human rights associated with “be nicer to the old folks,” desirable as those motivations may be. It’s also based on hard-headed, results-driven managerial analysis: companies had better figure this out because the multigenerational workforce is an overwhelming reality. (And the end of retirement as we know it means that the workplace of the future will skew even further in the direction of more “older” workers.)

So are companies responding?

Not much so far, if you can believe the article: “But many organizations don’t take steps to address generational issues. While companies have recently renewed their diversity efforts, only eight per cent of organizations include age as part of their DEI [diversity, equity and inclusion] strategy. And of organizations that do address it, the strategy has often been to simply encourage those of different generations to focus on their similarities or to deny the reality of their differences altogether.”

And those differences, far from being a problem to be smoothed over, can, if properly understood and managed, create net benefits to the organization.

“This is a missed opportunity. Age-diverse teams are valuable because they bring together people with complementary abilities, skills, information, and networks. If managed effectively, they can offer better decision-making, more-productive collaboration, and improved overall performance — but only if members are willing to share and learn from their differences. Think of a multigenerational team of product developers, merging the seasoned experience and broad client network of its older members with the fresh perspectives and up-to-date supplier network of its younger ones. Such a group can use its age diversity to build something no generation could on its own.”

I urge you to read the article in full. It goes on to offer specific examples, and to propose steps that organizations should take. These start with identifying assumptions and adjusting “your lens” to overcome false stereotypes. Then it swings into not just accepting, but also taking advantage of, generational differences so as to “embrace mutual learning.”

One of the authors conducted a workshop, involving a group of health-care professionals: “A nursing manager who identified herself as a Baby Boomer described being annoyed with young patients who used their mobile phones in the middle of a conversation with a nurse or a doctor. Her interpretation was that the patients were — rudely — not paying attention to their caregiving team. When prompted to think of alternative explanations, she looked confused, unable to come up with anything. But her colleagues — mostly younger doctors and nurses — had plenty of ideas: The young patients might be taking notes on the conversation or looking up the pharmacy’s hours to make sure they could get their prescriptions before closing. As her teammates offered these insights, the nursing manager’s expression changed. She was able to see the behavior in a different light and better appreciate the patients’ perspectives. At the same time, her younger colleagues realized how behavior that felt natural to them — like checking a phone mid-conversation — might offend older peers.”

OK, but what do you do with this increased understanding? The article describes, in some detail, a conscious and deliberate process of learning, strategy-setting and the application of different viewpoints and skills to the solving of current issues in the organization, from defining goals to developing new ways to tackle problems. The important point here is that inclusion — the I of DEI — isn’t just a vague “feeling good” idea to check a box and honor some new faddish trend, it is work and it is goal-oriented and results-driven.

I am very encouraged to see articles like this, as signs that the potential of “older” workers is gradually starting to be recognized. Of course ageism can be and should be opposed simply on human rights grounds, but if we stop there we may be tacitly admitting that there isn’t much more reason to oppose it than those moral grounds — i.e., that there aren’t a lot of practical reasons to value older workers. Articles like this, and the activities and programs that produced the material, are a very important sign of things to come. Imagine considering “post-retirement” as a recognized and important part of your career. A contradiction in terms? Not at all. That day is coming!

David Cravit is a Vice President at ZoomerMedia, and Chief Membership Officer of CARP. He is also the author of two books on the “reinvention” of aging. You can check out some of his other writing here.

Boomers, Gen Xers and Millennials Who Are Making a Difference

How 3 Canadians Found Deeper Meaning in Their Work Lives