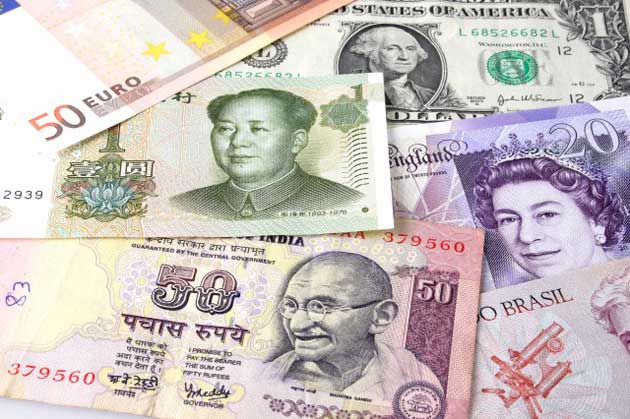 What a debacle! The G7 issues a rare statement on exchange rates that is intended to calm growing fears of an international currency war. Then they immediately turn around and start bickering amongst themselves about what it really meant.

In a terse, four-sentence announcement on Feb. 12, the G7 ministers reaffirmed “our longstanding commitment to market determined exchange rates and to consult closely in regard to actions in foreign exchange markets”. The statement went on to say that fiscal and economic policies of member countries will be aimed at dealing with domestic economic issues and “will not target exchange rates”.

The countries agreed that “excessive volatility and disorderly movements in exchange rates can have adverse implications for economic and financial stability”.

The statement was prompted by growing concern in financial markets that the world is poised on the brink of a currency devaluation war, with Japan the leading culprit. The country, under new Prime Minister Shinzo Abe, has radically overhauled its fiscal policy, ostensibly in an effort to boost domestic GDP. However, one of the effects has been a plunge in the value of the yen which dropped 15 per cent against the U.S. dollar in three months to its lowest level in almost three years.

A devalued yen means lower prices for Japanese exports in world markets and some Japanese car manufacturers are already taking advantage of it to attempt to gain market share. An article in the Globe and Mail Report on Business of Feb. 15 cited new discounted prices by Mazda with lease rates on some vehicles slashed by over 15 per cent.

No sooner had the G7 statement been issued than there was widespread debate over what it really meant. Some observers saw it as giving a free pass to Japan, which is a G7 member along with the U.S., Canada, Great Britain, Germany, France, and Italy. Others pointed to the last sentence and its reference to “disorderly movements in exchange rates” as being a veiled rebuff to Japan’s actions.

The confusion reached a point where – and here it really gets ludicrous – a G7 official has to issue a “clarification”, saying that the statement was intended to express the group’s concern about excessive movements in Japan’s currency.

None of this did anything to diminish anxiety that the world’s major economies have embarked on a path of stealth devaluation aimed at making their export products more competitive – a “race to debase” as it has been called. It’s happening under the guise of domestic stimulus through such programs as quantitative easing – essentially, printing money. It’s just coincidence that one of the side effects is currency devaluation, apologists contend. That’s bull, and everyone understands that.

The last thing the world needs right now is a global currency war. It would be a recipe for economic disaster, akin to the high tariff “beggar-thy-neighbour” policies of the 1930s that exacerbated the Great Depression. But policy leaders are going to have to take stronger and more definitive positions if such a spiral is to be averted. That means no more fuzzy statements.

In the meantime, gold bugs are salivating. A currency war would drive up the value of bullion like nothing else, as the value of paper money eroded. Nick Barisheff and his team at Bullion Management Group, which operates several precious metals funds, believe we may start to see the impact of currency devaluation on the gold price this spring. He expects bullion to hit US$2,000 an ounce later this year. It will have to make a big move to achieve that; gold fell below US$1,600 an ounce in February and has struggled since the start of the year.

In fact, as I write gold is down more than 5 per cent so far in 2013. A recent report from the London-based World Gold Council (WGC) said that demand for the metal fell 4 per cent last year, the first time that has happened since 2009. Moreover, a senior WGC official said that any increase in demand this year will likely be in the low single-digit range and predicted that prices would stay around current levels through 2013.

Since the WGC is funded by the world’s gold producers, it has a vested interest in seeing bullion prices move higher. That makes this report, and the lukewarm comments from the official, all the more significant when considering our investment policies.

I was bullish on gold at the start of this year. I still am, on a long-term basis. But unless the currency war takes hold in earnest, it may be a while before we break out of the current holding pattern. Accordingly, I suggest you continue to have some exposure to gold, but don’t overdo it. The payoff may take a while.