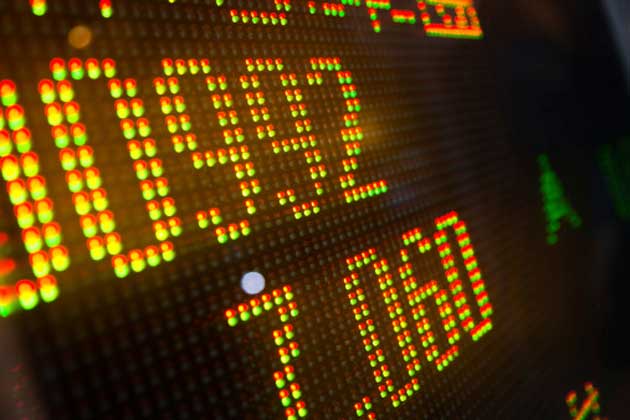 Nothing ever goes as predicted and 2013 has had more than its share of surprises. Following are what I believe to have been the most significant developments:

Interest rates rise. This was the year’s number one shocker. The sudden spike in interest rates in May caught everyone off guard. It was triggered by speculation that the Federal Reserve Board was preparing to wind down its quantitative easing program, which has been keeping rates artificially low.That hasn’t happened yet but the fear was enough to set off a chain reaction.

It started when yields on 10-year U.S. Treasuries jumped a full percentage point within a few weeks – an almost unprecedented move. Bond prices were hit hard as a result because when yields rise, prices fall. Many economists believe that those few weeks marked the end of 30-year bond bull market.

The ripple effect was widespread. The jump in rates hit prices of interest-sensitive securities such as REITs, preferreds, and low-growth dividend-paying stocks like utilities.

For investors, this is probably the most important development of the year and it signals the need for a basic change in strategy.

U.S. and overseas indexes surge. It’s been a banner year for stock markets almost everywhere but here. All the major New York indexes are showing strong double-digit gains but the big story has been Japan where the Tokyo Nikkei has surged after many years in the doldrums. European markets have also been strong with London, Frankfurt, and Paris all posting double-digit gains. These are astounding results in a slow-growth year.

TSX stumbles. By comparison, the TSX has been very weak – in fact it is one of worst-performing markets in developed world. We’ve been dragged down by continuing low commodity prices with the weakness in gold being a major factor. Don’t expect a big rebound in Toronto until the resources sector recovers

BRIC countries falter. The main reason why resource prices are so low is the slowdown in economic growth in the BRIC nations especially India and China.This has reduced demand for raw materials, thereby putting a damper on prices. We probably won’t see a bounce-back in resource prices until these countries regain some momentum

New crisis in Washington. The world had to suffer through a replay of the 2011 debt ceiling crisis as the Tea Party wing of the Republican Party again tried to hold the U.S. economy for ransom in an effort to derail President Obama’s health care plan. The last time this happened, S&P lowered the U.S. credit rating. That could still be a consequence of the latest debacle.

Europe muddles through. There were no screaming headlines from Europe this year so no new crisis for the euro. That’s good news. Chancellor Merkel easily won re-election in Germany – that’s more good news. There is still a long way to go before Europe gets back on track but the calming of the situation is beneficial

Canada-EU trade deal. Although we still don’t know much about the details, the Canada-EU trade agreement has the potential to be a major game-changer in the future. We probably won’t feel effects of it for a couple of years although there is talk of activating some of the provisions even before the ratification process is complete. But the psychological impact of this deal should not be underestimated in terms of shifting some of our trade focus away from the States.

So what types of securities have been the big winners this year? I’ve already referred to the strong results from the U.S., Japan, and Europe. But some sectors of the TSX have also posted impressive gains. They include:

Consumer discretionary. This sector was showing a year-to-date gain of 35% at the time of writing. Stocks from this group include Canadian Tire, Linamar, and Shaw Communications.

Health care. This sector is up 37% but it is very small. There are only four stocks in this sub-index and one – Valeant Pharmaceuticals – is responsible for most of the advance.

Information technology. This is another small sector. It’s ahead 27% for the year with Constellation Software, CGI Group, and MacDonald Dettweiler beingmajor contributors. The biggest name in this sector is, of course, BlackBerry, which has pulled down overall results.

Industrials. Our industrial sector isn’t what it used to be but the public companies we haveleft are showing a year-to-date gain of 28%. They include Bombardier, CN Rail, Finning International, Stantec, Genivar, and Westport Innovations.

So much for the winners. How about the losers?

Bonds. As of Oct. 25, the DEX Universe Bond Index was down 0.74% for the year. That may not seem like a lot, and bonds have rallied somewhat in recent weeks. But almost all bond funds are in negative territory this year. For example, Beutel Goodman Income Fund, one of the best in the category, is coming off the worst 12-month period in its history with a loss of 3.2% to the end of September.

Mining stocks. It’s been a terrible year for the miners – enough said.

Gold. I thought gold would gain this year, partly because of the inflationary impact of quantitative easing. It never happened, proving once again that gold price movements are unpredictable and inscrutable.

BRIC stocks. Remember when China, India, etc. were “emerging markets” with little economic clout. Those days are long gone. Now when those countries hit a slowdown, we feel it.