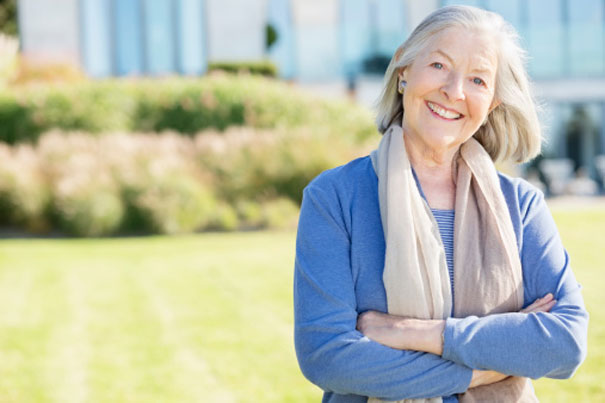 We’re getting older – both individually and as a country. How can you profit from that? Here’s one idea.

If I had to pick one industry that is going to benefit from long-term demographic trends, it would be retirement homes. According to Statistics Canada, the average 65-year-old can expect to be around for another 20.2 years, with men living 18.5 years and women 21.6 years, respectively.

The percentage of people over 65 continues to increase each year. According to a University of Ottawa report, by 2021 – just seven years from now – there will be 6.9 million Canadians age 65 or older. They will represent 17.8 per cent of the total population.

Many of these people will eventually want or need to move into an assisted living facility. There are two types.

Long-Term Care (LTC) facilities. These are designed to accommodate people who require 24-hour per day care in a residential setting and who have a cognitive or physical impairment. Most of these homes provide pharmacy and prescription services, rehabilitation therapy and complex care such as dialysis, wound management, palliative care, dementia care, and management of conditions such as diabetes, stroke and multiple sclerosis. Provincial governments regulate these facilities and financial support is available for people who need this type of care but can’t afford it. Demand is very high and in many cases there are long waiting lists. Most LTC residences have an occupancy rate of close to 100 per cent.

Retirement homes (also called independent living facilities). These are more along the lines of hotels for older people and some are very luxurious. Some assisted care is available but the focus is on independent living. They are also regulated to ensure minimum standards are met but the costs are paid directly by the individual residents.

There are several companies in this field, the best known of which is probably Extendicare Real Estate Investment Trust (TSX: EXE). It has an attractive yield at 7.1 per cent but a spotty history and the price is down about 50 per cent from its high in the spring of 2011.

I’m more interested in a company called Leisureworld Senior Care Corp. (TSX: LW, OTC: LWSCF), which completed a $253-million acquisition of Specialty Care Inc. in December. Specialty Care greatly strengthens LW’s position in the retirement home sector, both in terms of the number of quality facilities it offers and an experienced management team.

At first glance, Leisureworld’s financials don’t look impressive. The company reported a net loss of $9.4 million in 2013, up from $9.1 million in 2012. However, because of its extensive property holdings, the company’s structure makes it look more like a REIT, even though it is not actually a trust. The 2013 bottom line reflects almost $29 million in depreciation and amortization charges, which do not involve cash outlays.

A better measure of the company’s financial health is adjusted funds from operations (AFFO), which analysts also use in assessing REITs. For 2013, LW reported AFFO of $37.1 million ($1.21 a share, fully diluted) compared to $34.3 million ($1.25 a share) the year before. The lower per share amount in 2013 is attributed to the issuing of almost 6.4 million new shares to help finance the Specialty Care deal.

There are two significant risks with this stock, which explains why the market has ascribed such a high yield to the shares. The first is that the Specialty Care acquisition may be difficult to digest – the deal increases LW’s size by about one-third. As well, retirement homes, which Specialty Care is weighted towards, have a much lower occupancy rate than LTC facilities.

Second, there is significant interest rate risk here. Like almost all real estate companies, LW is heavily leveraged. Any upward movement in rates will eventually increase loan carrying costs as debt is rolled over. Higher rates would also make the shares less attractive than investment grade bonds on a risk-adjusted basis, which could result in a drop in the share price.

Last year, at the time of the interest rate scare, the stock price plunged by more than $2. It has since recovered since but the shares would be vulnerable if rates were to move sharply higher. Historically, the stock has traded between $10 and $13 since the company went public in 2010.

I like Leisureworld for investors seeking above-average yield who are willing to accept the trade-off of a higher degree of risk. The shares trade on Toronto Stock Exchange and are also listed on the over-the-counter Grey Market in the U.S. under the symbol LWCSF but trading is very light with an average of fewer than 1,900 shares a day changing hands.

Ask your financial adviser if this stock is appropriate for your needs.