Higher Rates? Not For A While 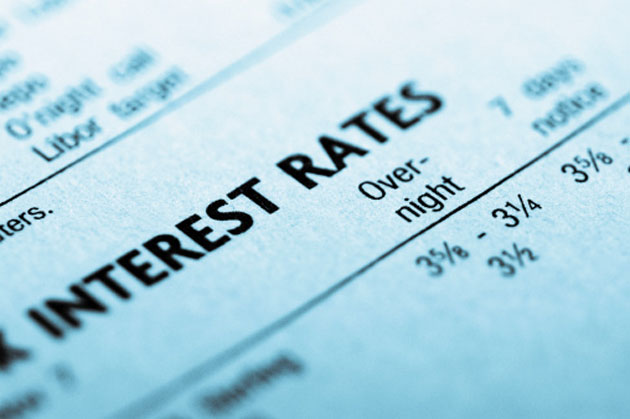 Low rate environment is likely to continue until at least mid-2015 and perhaps longer.

If we’re to take the words of our central bankers at face value, low interest rates will still be around though most of 2015 and perhaps into 2016.

Last week’s Bank of Canada statement and the quarterly Monetary Policy Report (MPR) were gloomy about the prospects for a speedy economic recovery, both here and internationally.

In fact, the Bank is so concerned that it has dialled back its forecast for Canadian economic performance for the rest of this year. The prediction now is that our economy will grow by 2.3% in the third quarter and 2.4% in the fourth quarter. That’s down from 2.6% and 2.5% previously. However, the inflation forecast has been raised to 2% in the third quarter, up from 1.8% in the earlier forecast.

Slower growth plus higher inflation? That’s not a good mix by any economic standard. However, the tepid growth outlook gives Mr. Poloz and company an excuse to keep the key target rate at 1% for the foreseeable future. That will help to hold the loonie in check – if speculators were to believe a hike is coming soon, they would drive the value of our dollar higher. That would deal a serious blow to Mr. Poloz’s hopes for an export-driven recovery.

U.S. Federal Reserve Board chair Janet Yellen followed a similar line last week by suggesting in testimony before Congress that the unemployment situation in the States is not as bright as it seems because many people have given up and stopped looking for work. She told the Senate Banking Committee that the Fed needs to be “quite cautious” in its monetary policy, referring to the “false dawns” that have sparked premature predictions of a strong economic recovery. Her remarks were interpreted as signalling the Fed will retain its low interest rate policy at least until next year.

NEXT: IMPLICATIONS FOR INVESTORS

Prolonging the low interest cycle into mid-2015 and perhaps beyond has several important implications for investors. They include:

A continuation of the hot housing market. Low mortgage rates mean that houses in most parts of the country are affordable, even as prices rise. If there is a housing bubble, as many analysts claim, the most effective way to gradually deflate it is through modest interest rate hikes. It doesn’t look like that is going to happen any time soon.

A stronger bond market. Bonds have performed much better this year than anyone expected with the DEX Universe Bond Index up over 5% at the time of writing. Rising interest rates are bond killers, so the longer they remain low, the better things will be for bond investors.

Premium valuations for dividend stocks. High dividend stocks are vulnerable when rates rise. But when rates are low, investors are willing to pay up for above-average cash flow. Given the choice between a 5% dividend on a blue-chip stock and a 2.5% rate on a five-year GIC, most smart investors will opt for the higher return.