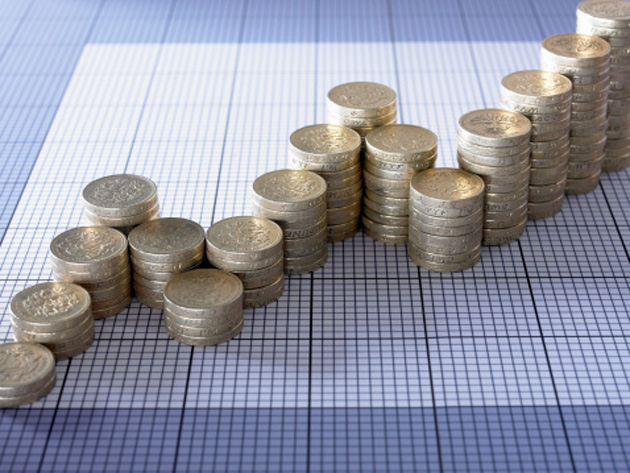 Two years ago, in February 2013, we launched a special RRIF Portfolio in my Income Investor newsletter. Its goals are to protect capital and to provide higher cash flow than investors could get from conservative securities like bonds and GICs.

At the time, I noted that during a period of low interest rates, it’s impossible to set up a low-risk RRIF that would produce enough income to meet Ottawa’s minimum withdrawal requirements. That’s still the case today.

This portfolio balances the two objectives of income and safety by putting a significant amount into low-risk assets and the rest into higher-yielding securities. Even using this approach, it will be difficult to generate enough profit to meet the minimum withdrawal requirements (7.38% at age 71), although you’ll come a lot closer than by using GICs.

Here are the components of the portfolio with a commentary on how they have fared since the time of the last review in August 2014.

MAXA Financial three-year GIC. GICs offer virtually risk-free stability, which is important in a RRIF. At the time the portfolio was created, MAXA Financial, an on-line subsidiary of Manitoba’s Westoba Credit Union, was paying 2.45% for a three-year GIC, maturing in February 2016. We receive distributions annually whereas most financial institutions pay at maturity. We invested $12,500 here, so after two years we have earned $612.50.

Phillips, Hager & North Short Term Bond and Mortgage Fund (PHN250). This low-risk fund adds stability to the portfolio but the offset is a low return. Since the last review in August, the net asset value (NAV) has added $0.15 per units, plus we have received two quarterly distributions totalling $0.115 per unit. That represents a gain of 2.5% over the past six months, which is actually quite good for a fund with such a low-risk profile.

CI Signature Dividend Fund (CIG610). This low-risk balanced fund turned in a respectable performance during the latest six months. The NAV rose to $15.36 from $14.70, plus we received monthly distributions of $0.04 per unit for a total return of 6.1%. The fund invests primarily in preferred shares and dividend-paying large-cap stocks such as major U.S. and Canadian banks, Enbridge Inc., etc. The fund has about half its assets in Canada, 22% in the U.S., and the rest scattered around. The total return over the two years since the RRIF Portfolio was started is 21.5%.

CI Signature High Income Fund (CIG686). The NAV of this fund barely budged over the latest six months, adding just $0.03 per unit. But we continued to receive monthly distributions of $0.07 per unit, so we managed a gain of 2.9% for the period. That was below average for a fund of this type, so we’ll keep a close watch on it. As of the end of December the asset mix was 48.9% in bonds, 37.6% in stocks, and 13.4% in cash, a very defensive allocation. The high bond/cash position reduces profits but adds more safety to the portfolio.

Sentry U.S. Growth and Income Fund (NCE737). This fund was added to the portfolio in August 2013 to obtain more exposure to the U.S. market. It got off to a great start, gaining more than 16% in the first six months, then slowed down for a while. But over the past six months, it was red hot, gaining almost $3 per unit. Plus we received monthly distributions of $0.0292, for a total return of about 20% over the period. This fund invests in a portfolio of U.S. dividend-paying stocks, both common and preferred, with a large-cap bias. Major holdings include blue-chip stocks like JPMorgan Chase, Oracle, Wells Fargo, IBM, and Berkshire Hathaway.

Inter Pipeline (TSX: IPL, OTC: IPPLF). Virtually every company associated with the energy industry took a hit when the price of oil plunged. Inter Pipeline didn’t escape; its shares are down $2.30 since our last review. However, the news is not all bad. In November, the company hiked its dividend by about 14%, to $0.1225 per share monthly ($1.47 a year). Despite the setback, this remains the second best-performing security in the portfolio.

Brookfield Infrastructure LP (TSX: BIP.UN, NYSE: BIP). This Bermuda-based limited partnership had a terrific six months, adding $11.51 to the share price plus paying two quarterly distributions of US$0.48 each. Total return for the period was 27.6%. And more good news: Effective with the March payment, the distribution is increased to US$0.53 per quarter, a jump of 10.4%.

DH Corporation (TSX: DH, OTC: DHIFF). This company was added to the portfolio in August 2013, so we’ve only owned it for a year and a half. The results have been outstanding. The shares are up $5.70 since our last review, and we have received two quarterly dividends of $0.32, giving us a total return for the period of 19%. This is now the number-one security in the portfolio.

Interest. We kept the cash balance in a high-interest savings account paying 1.3%. Interest earned in the latest period was $8.20.

Here’s a look at the RRIF Portfolio as it stood at the close of trading on Feb. 20. I have included the accrued interest on the GIC in the payments column for clarity. Note that commissions are not deducted and that U.S. and Canadian currency is treated at par. Although this is a RRIF portfolio, withdrawals are not factored in, as this would make it impossible to track performance accurately.

Comments: Over the past six months, this portfolio gained 8.3%, a very good return in a climate of market turbulence and low interest rates.

After two years, the RRIF Portfolio is showing a total return of 29.3% since inception. That’s an average annual compound rate of return of 13.7%. I’m very pleased with that result, especially given the fact that a large percentage of the portfolio is devoted to low-risk securities. However, we have only two years of history with this portfolio, which is not anywhere long enough to establish a long-term pattern. An average annual return of 6%-7% is a more realistic long-term target.

Changes: I see no reason to change any of our securities at this point. Inter Pipeline took a tumble, but it is a sound company with a good yield, and it will recover. However, we will use some of our cash to add to existing positions, as follows:

IPL: Let’s add to our position at a time when the price is down. We’ll buy 10 shares for $339.10 to raise our total to 240. That will use all the accumulated dividends and we’ll take $28.60 from our interest to make up the difference.

BIP.UN: We’ll buy five shares for $283.60, for a total of 135. That will wipe out our accumulated distributions and we’ll need $25.45 from the interest account for the difference.

You should not have any trouble adding small amounts of mutual fund units. However, do not execute small stock trades because of the commissions. Use a dividend reinvestment plan instead.

Here is the revised portfolio. I’ll check back on it in August.