Debt in Retirement – the Big Owe 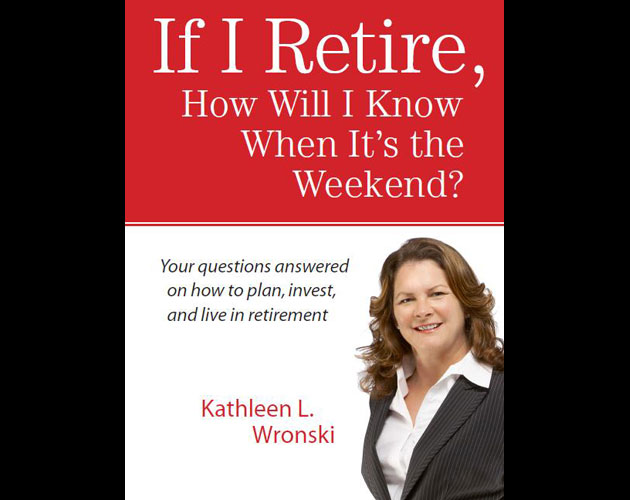 Debt in retirement – don’t do it! Now that I have that out of the way, I can carry on:

As David Chilton says in The Wealthy Barber Returns, “Good debt should be defined as any money borrowed to buy an appreciating asset where the cost of servicing the loan doesn’t affect your ability to save to the appropriate level and where the principal will be fully repaid before your retirement. Bad debt is everything else.”

Debt. We are all of us – individuals, towns, cities, entire countries – drowning in the stuff! Let’s look at some of the debt facts of today from Statistics Canada:

• If household debt were spread evenly across all Canadians, a family with two children would owe an estimated $176,461.

• As interest rates have declined, household debt has increased; since 2002, however, growth in debt has absolutely taken off.

• And here’s another statistic that indicates Canadians’ overall unhealthy financial circumstances: debt currently represents 148% of after-tax income! The last year that debt was at or below 100% of after-tax income was 1994, and the ratio of debt to income has been climbing ever since.

Now you may be saying to yourself, “But I’m only borrowing for my mortgage, and my house has been a good investment.” Yes, a house has been a good investment in Canada, but housing prices have fallen (and fallen hard!) in the United States and other Western nations – and one of the major problems was too much mortgage debt. The asset price falls but the debt still stays the same.

Your house is a good investment over the long term, but there can be many periods of time when it’s “not so much”. If housing prices fall and you’re over-leveraged, you may be forced to sell into a bad market. So why not be one of those people who have a choice in the matter? No matter how low interest rates are today, remember two things: 1) you have to pay borrowed money back, and 2) interest rates will rise someday.

In Canada, with the exception of the province of Saskatchewan, you cannot just mail in the keys of your house to your bank when the mortgage is worth more than the value of your house (as they have done in the United States). Here in Canada, with that one provincial exception, mortgage debt remains your responsibility unless you declare bankruptcy. I don’t want to see that happen to anyone – after all, the whole point of this book is to have you making good financial decisions so that you can retire comfortably.

We Canadians have good reason to be worried. In the U.S., debt reached 148% of after-tax income in 2007, and that’s when that country’s debt crisis began to hit. Many Americans used their homes as big ATM machines to fund their purchases, and when credit became tight and housing prices fell, they ran into significant financial trouble.

Cautionary Tale
In 2008 it was announced that Ed McMahon, the eternal sidekick of Johnny Carson and TV pitchman of an endless variety of products, then 85 years old, was $644,000 behind in payments on his $4.8-million mortgage!! Who lends an 85 year old man $4.8 million? McMahon and his wife were fighting to avoid foreclosure on their home. But the debt did not end there; there was also $750,000 outstanding on their American Express bill.

“If you spend more money than you make, you know what happens,” McMahon told Larry King when he went public with his money woes.

If you’re over-leveraged, then any setback becomes a catastrophic event; if you have your debt under control and are paying it down, then small setbacks are just that: small setbacks. When it comes to debt, there are a few simple rules of thumb to follow:

• Keep your debt to manageable levels.

• Save so that you have a greater down payment for your house.

• Don’t borrow to your maximum level.

• Make sure to have some financial cushion so that you can keep paying the mortgage even if interest rates rise.

• Put some emergency money aside so that you can keep up your debt payments if you were to lose your job.

• Pay off the mortgage principal so that as you go into retirement you’re not paying interest on debt. I understand that when you’re first starting your family and buying a home, saving for your children’s education and your own retirement, there are many competing demands on your money and only so much money to go around. So some debt makes sense. But it’s best to take on debt with one important goal in mind, and that goal is to be debt-free – and certainly to be debt-free in retirement. It’s a goal worth working for. In fact, as you enter your retirement years, it’s really the best gift you can give yourself.

Kathleen L. Wronski writes about Retirement, Income and Wealth Planning in her new book If I Retire, How Will I Know When It’s the Weekend? available now.