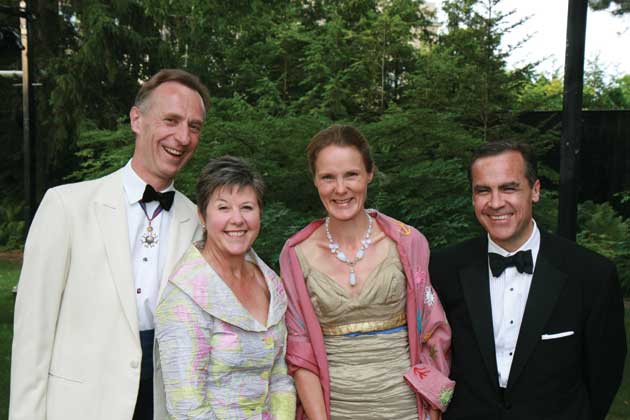 In an interview with the BBC shortly after settling into his Threadneedle Street office, the former governor of the Bank of Canada, put U.K. bankers and financiers on notice, saying that a culture change was on its way, one that would “strip out” the kind of “socially useless” tactics  (i.e., risky lending practices and overly complex financial products) that led to the Great Recession.

He described these reckless behaviours as “bad for the system and, to the extent that with our powers we can use them, we work to snuff them out.”

While Carney was dressing down the bankers, his English-born wife, Diana, stepped into some controversy of her own. In her eco blog that promotes frugality, Ms. Carney criticized the tea bag (the nerve!), claiming each bag used an unnecessary amount of paper. Such an unbridled attack on this sacred English institution prompted a flood of media retorts, the best going to the Daily Mirror: “Diana Carney said tea bags are harmful to the planet – rather like bankers.”

Oh my. Life was never this complicated in Canada.