10 Reasons Why Almost Every Internet Article Is a List 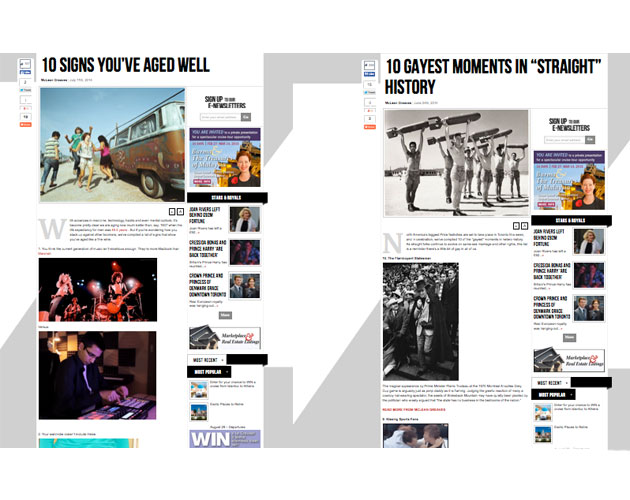 By now, you’ve probably noticed a growing number of web articles are broken down into bullet points like 10 Ways to Wear an Ascot on a Beach. Not since memes involving cats and Sad Keanu has an Internet trend been so pervasive. Unlike other online trends, however, the “listicle” (List + Article) phenomena is hardly an accident. In fact, as any reader of Cosmopolitan or The 10 Commandments knows, listicles are nothing new. Below, however, are 10 reasons why they’ve soared in popularity of late with no signs of slowing down.

1. Less Strain on the Membrane

With the average human attention span seeming to be less than that of a goldfish, readers prefer information in organized “chunks.” That’s one conclusion in a study recently published in the Journal of Consumer Research, noting “the top-10 effect that we demonstrate in these studies is based on the mental tendencies to use categories and to exaggerate the differences between them.” The study also showed lists that end with zeros (e.g., “20 Reasons Why” versus “13 Reasons Why”) are read more.

Listicles usually come with eye-catching headlines like 27 Politicians Who Resemble Martians that clearly tell us what to expect, encouraging the reader to click. Clicks are the lifeblood of the online publishing business, whether readers finish articles or not. Those headlines, by the way, are not nearly as random as they look. Online publishers like Buzzfeed, Distractify and Upworthy obsessively iterate headlines, using data analytics and testing to see which wording generates the most clicks.

Because of their captivating headlines and easily consumed content, listicles are naturals for sharing. No one will spam their friends with a 3,000-word
treatise on The Doctrine and Practice of Three-Crop Rotation but 5 Miracle Plants That Offer Immortality is an easy share.

Unlike a typical magazine column, a listicle can be “paused.” In other words, a reader can stop reading anytime and pick up where they left off without missing a beat. And a bonus: you always know how close or far you are to the end.

Listicles are tailored to resonate on issues specific to the readers. Think 10 Ways to Get Over a Bad Divorce. To that effect, Buzzfeed maintains its Golden Rules of Shareability: “Content should reflect your own identity, not anyone else’s” and “You can be too clever, and focus on IQ instead of EQ.”

The best listicles often contain Internet gems, unearthed from the vast wastelands of cyberspace. A perfect example is a recent viral piece on The One Thing You Never Noticed in Back to the Future. While the format isn’t numbered, it’s still very much a listicle with a unique revelation too good to spoil here but worth Googling.

7. A Picture Is Worth a Thousand Clicks

Optimized for ADHD web surfers, listicles are often mostly photos. Or even better, animated GIFs. Again, given the shrinking state of the average human attention span, photo essays are far easier to consume than polysyllabic sentences like this one.

Nothing engages readers like LOLZ. As such, headlines like 31 Historical Hotties Who Will Make You Want to Build a Time Machine or 10 Ways to Eat Your Way out of a Broken Heart are hard to resist.

Studies show under 30 per cent of Internet readers complete an entire article. While there hasn’t been research on completion rates of listicles, it’s a safe bet they are more likely to be finished than standard articles.

Just as they are for readers, listicles are easy for writers. If you can’t come up with 10 reasons for the topic at hand, it can easily be nine – as long as it’s funny, short and easy to follow. The YouTube Era in Literature has finally arrived.