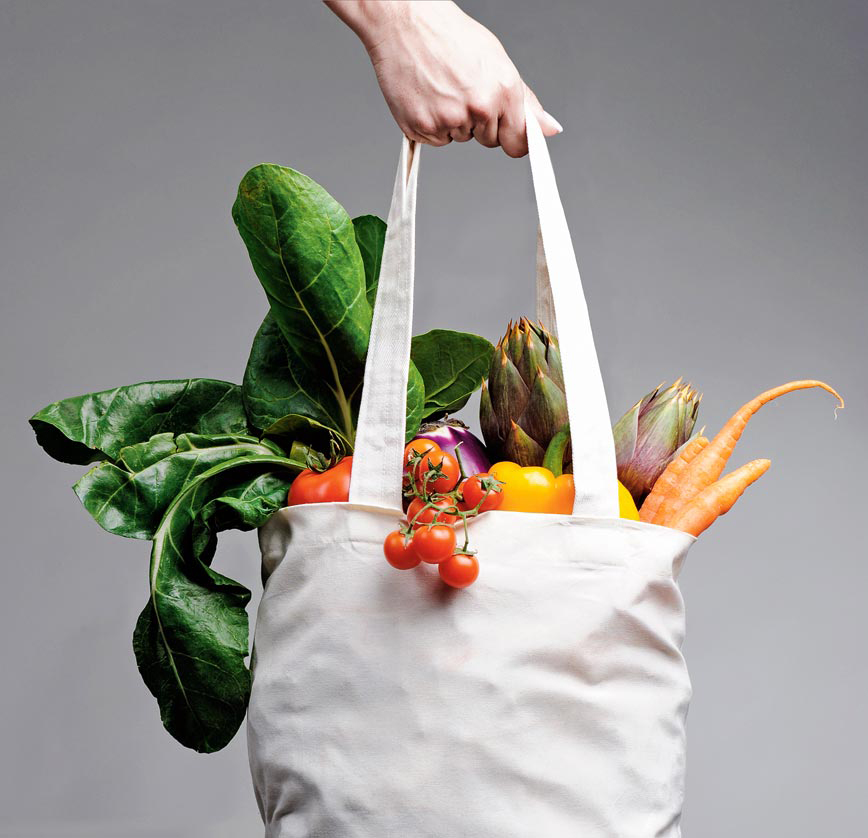 Even as we lament rising food prices, Canadians are throwing away more than $30B worth of edible food each year, according to a recent report  Food Waste in Canada from the Value Chain Management Centre (VCMC) in Ontario.

It’s certainly not a problem limited to Canada. South of the border it’s estimated that 40 per cent of food ends up in garbage bins, according to the US Natural Resources Defense Council. And the UN’s Food and Agriculture Organization reports that in 2011, nearly a third of all food worldwide was lost to waste. This translates to about 1.3 billion tons of food each year.

Why is this happening?

Consumer waste may have to do with a number of issues, including confusion about safe consumption and best-by dates, expectations for larger portion sizes, and cost savings when buying in bulk which often leads to over-purchasing, the VCMC report says.

Not surprisingly, large fridge sizes in North America also contribute to the problem. Many of us find it more convenient to make one big food shop a week, as opposed to several smaller grocery trips throughout the week — which makes it more difficult to estimate how much food we actually need. Large, overcrowded refrigerators also make it easier to forget about certain foods and lose track of best-by or expiration dates.

And when purchasing groceries, we often don’t anticipate spontaneous restaurant dinners, or ordering-in after a long day at the office.

Wasting food certainly affects the wallet, but there are environmental costs as well — mainly greenhouse gases to produce and transport food, and then to dispose of it. Further, methane, which is produced when food decomposes in landfill, is at least “20 times worse” a greenhouse gas than carbon dioxide, University of Guelph professor Ralph C. Martin told the Toronto Sun.

While much of the food waste in North America may be symptoms of affluence and abundance, many countries don’t have such luxuries.

“Most troubling about the massive volumes of food we waste is that it could help compensate for the needs of those who do not have enough,” the report says. Worldwide, about 860 million people are malnourished, according to research published by the Stockholm International Water Institute.

While consumers are the biggest source of wasted food, there’s loss all along the food chain, including on the farm, during processing, through distribution, at retail locations and in food service. The waste adds up to 183 kg per person annually, according to the report. There are several practical ways to reduce food waste in the home:

1. Take stock of your fridge and pantry before shopping. It seems like a no-brainer, but how many of us are guilty of dashing out the door before taking a full inventory of the food we have already? Since vegetables and fruits account for the vast majority of food waste, it’s important not to overstock on perishable items. 2. Make a plan. Sure, you can leave some room for spontaneity, but having a general meal plan for the week based on a few main ingredients can go a long way in reducing waste. You’ll also be less tempted to make impulse purchases at the grocery store. 3. Try to buy perishable items throughout the week rather than in bulk. In many European cities or even New York, you’ll often see people picking up groceries for dinner after work or earlier that same day. Other benefits: it’s fresh and purchases are based on what you’re craving at the moment. 4. Get smart about best-before, use-by and expiration dates. Confused about what these labels mean, exactly? You’re not alone! Here’s the low down, according to Canadian Food Inspection Agency:

In Canada, prepackaged foods that will keep fresh for 90 days or less must be labeled with a ‘best-before’ date. Many people wrongly assume this date indicates when an item becomes unsafe to eat — and should be immediately discarded — but most perishable foods remain edible after the date has passed. (Of course, you’ll want to be particularly cautious with some foods, such as meat and fish.) The best-before date is not meant to indicate product safety either before or after the date, the agency says, but the reliability of a food’s freshness, flavour and nutritional value.

The label ‘use-by’ may replace “best before” for prepackaged fresh yeast. ‘Expiration’ dates are required for products such as formulated liquid diets, infant formula and nutritional supplements. After the expiry date has passed, the food may not have the same nutrient content declared on the label and should not be used, the agency says.

The bottom line? While it’s important to check food labels carefully and purchase items with a maximum shelf life, many foods are not necessarily unsafe after the ‘best buy’ date has passed. 5. Get smarter about food storage. To keep food fresher longer, make sure you’re storing it correctly. For example, for don’t depend on flimsy grocery plastic wrap to protect food from freezer burn, but add extra protection with a layer of heavier plastic, foil or freezer bags. (See 10 food storage mistakes – and how to fix them.)

We’re also not using our fruits and vegetables as much as we could, but discarding perfectly delicious stalks and peels that could be used in everyday cooking.

“Broccoli is a great example,” Cara Rosenbloom, a registered dietitian, told the CBC. “Most people only cook the top part, the little green trees on top. But the broccoli stems are totally edible and totally delicious.

“Watermelon rinds can be used in stir-fry — there’s a lot of stuff that gets wasted that’s actually edible,” she added.

Stale bread can be easily turned into tasty croutons, bread pudding or breadcrumbs, and edible peels from vegetables can be frozen for future soup stock.

Overripe fruits and veggies are other foods we may be tossing too soon. Fruits that are a little too ripe may be perfect for baking or use in smoothies. Vegetables slightly wilted? Toss them in a soup. 6. Buying in bulk isn’t always best. Superstores such as Costco or Sam’s Club may offer a great deal on some staple items, but buying perishable foods in bulk won’t be good value in the long run if you buy too much — and end up dumping the spoiled food in the trash. 7. Become better friends with your freezer. Herbs, bread, fruits and meat can all be frozen. Instead of automatically stashing your groceries in the fridge, figure out what you’ll need right away and then freeze the rest. Particularly if you’re buying in bulk, it makes sense to break down large portions into single servings, freeze, and then defrost as you need.