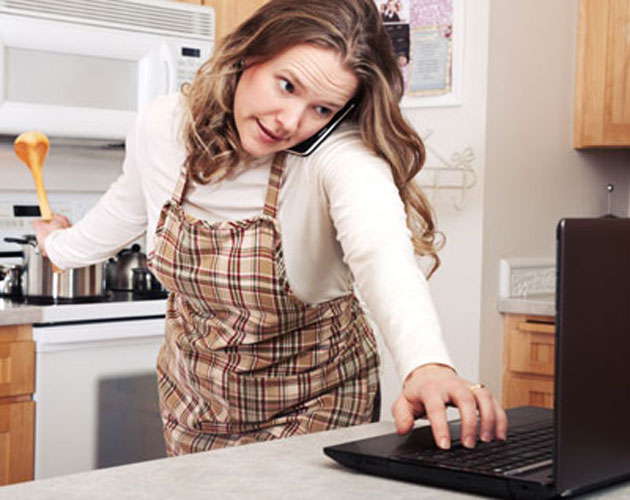 Do you feel guilty about dealing with work when you’re at home? Apparently, the eroding boundary between work and family life takes a greater emotional toll on women, according to a study from the University of Toronto.

Researchers used data from more than 1,000 American workers to determine gender differences in how men and women respond emotionally and psychologically to increasing work-related contact outside of normal business hours.

Men were significantly less distressed than women by frequent contact via phone, e-mail or text. Researchers initially thought this was because interruptions interfered with women’s family responsibilities more so than men. However, they found that women are able to juggle their work and family lives just as well as men, but they feel more guilty about it. This guilt, as opposed to any neglected responsibility, seems to be at the heart of their distress.

The study authors say men and women may perceive the work-family balance differently because of old-fashioned gender roles.

About The Zoomer Report
Libby Znaimer, a prominent Canadian journalist specializing in business, politics, and lifestyle issues, is producer and host of The Zoomer Report, a special feature on topics of interest to baby boomers and the 50+. It covers everything from health and wealth to leisure and volunteerism, from the special vantage point of the generation that has changed society in its wake. Ms. Znaimer is also Vice-President of News and Information for Classical 96.3FM and AM740. Her first book, “In Cancerland – Living Well Is The Best Revenge” – was published in October 2007 by Key Porter.