Labour Day: Be Happy You Don’t Have These Jobs 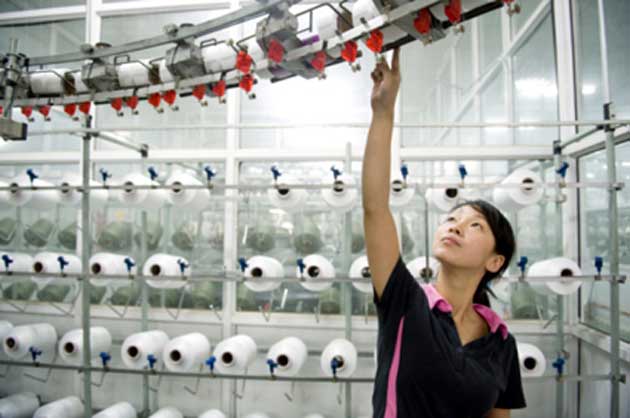 One summer, I visited a local animal-themed amusement park with my young niece. She wanted to take part in the elephant rides, so she and a few other family members climbed aboard one of the patient pachyderms and set out in the designated roundabout area. When the ride was over, everyone disembarked, and two men from the theme park rushed over, each with an enormous bucket in hand. One stood behind the animal, and one underneath.

I’ll spare you the details of what happened next.

The point is this Labour Day, whether you’re relaxing at the cottage or on the couch, you’ll likely experience a moment of realization that the long weekend is almost over. Before you start lamenting a return to the rush-hour grind, consider that there are, in fact, some less-than-desirable jobs that you could be heading into on Tuesday morning. Every year, various publications release lists of “worst jobs.” Criteria varies based on wages to safety to, well, how gross the duties are (see: elephant bucket holder).

Canadian Business published a 2012 list of “Canada’s worst 10 jobs” – employment opportunities that, to them, exhibit “the worst combination of low wages and employment growth over the past five years.”

Meanwhile, Forbes magazine published a similar list by CareerCast.com. According to them, becoming a lumberjack is the worst career path one can take this year, no matter how hilarious Monty Python makes the profession appear. No. 2 was a dairy farmer, while No. 3 was military personnel, though you’d think any job that requires you to dodge a bullet would trump falling trees or bumbling bovines.

As a side note, “newspaper reporter” came in at No. 5, which must have delighted the Vancouver Sun employee tasked with republishing it.

Of course, having one of the jobs deemed “worst” is still better than being employed in an increasingly shrinking profession-.

Sadly, some jobs are proving to be professions of the past. Consider:

Elevator operators (we can press our own buttons)

Bowling alley pinsetters (there are machines for that)

Carriage drivers (who’d have thought the automobile would catch on?)

Lamplighters (who’d have thought electricity would catch on?)

It’s sad to see these once proud professions go the way of the milkman. However, not all extinct jobs are missed, as these “unique” Canadian career listings derived from early 20th century censuses prove-.

“I’m calling to inquire about the ‘lunatic keeper’ position” Family history website Ancestry.ca recently released a number of odd job listings found on Canadian census forms in the early part of the 20th century. So, if you’re dreading heading back to work on Tuesday, imagine how John Corbett of Saint John, N.B., felt in 1901, going to his job as a “lunatic keeper.” It’s the kind of profession that would drive you mad.

Terrible puns aside, Toronto’s Mary Brown was listed as a “pig nurse,” Ontarian John Middleton a “criminal” (at least he’s honest), British Columbia’s Georgia Wilcox is pegged as an “idiot” (which, according to the site, means she was a resident of a mental asylum) and Ottawa’s Danise Barzano was, oddly enough, employed as a baseball field (judging by that, perhaps she belonged with Ms. Wilcox).

Now, while being employed as a pig nurse or a baseball field may seem strange to those of us who revel in the technological advances of the 21st century, these census results seem downright commonplace next to some of history’s weirdest (and least desirable) professions.

They Did WHAT in Ancient Rome?

Conduct an Internet search for “strangest jobs in history,” and no matter which site you click on you’ll come across the same offenders. These are just a few:

Funeral clown: It’s exactly what it sounds like. According to sources, the funeral clown attended Roman funerals for the purpose of dressing like and comically imitating the deceased. Evidently, it turned those mournful frowns upside down and appeased the spirits of the dead. I wonder if the ancient Romans had a term for “win-win.”

Knocker Up: This isn’t exactly what it sounds like. The precursor to the alarm clock, at least in parts of the U.K., was a person called the knocker upper, who essentially walked along the street and, with a long stick, knocked on people’s windows each morning. Sensible, I suppose, but it begs the question: who wakes the knocker up?

Whipping Boy: An unfortunate child who took the beatings designated for a naughty English prince. The idea was that, as the boy and the prince were raised together, the prince – who couldn’t be whipped due to the divine right of kings – might feel guilty about the punishment inflicted upon his friend and start acting properly.

Gymnasiarch: According to the website azweird.com, the Ancient Greeks employed gymnasiarchs, who “had to oil, wipe the sweat and dirt, to massage and scratch the athletes after the exhausting fights and gymnasium sessions” during the Olympics. If that’s not glamorous enough for you, they reportedly also got to beat misbehaving young boys with sticks.

Okay, we’ve harped on a lot of the worst jobs out there, but there are some great jobs as well.

Alongside their list of worst jobs in Canada, Canadian Business included a list of the best jobs, deemed so because they’re “in high demand and pay big salaries.”

Petroleum engineer, nursing supervisor and electrical contractor filled out their top three. CareerCast.com, in a list republished by Forbes, placed software engineer, actuary and human resources manager atop their list.

All fine professions but, in truth, if it doesn’t involve a bucket and an elephant, you’re already one step in the right direction.