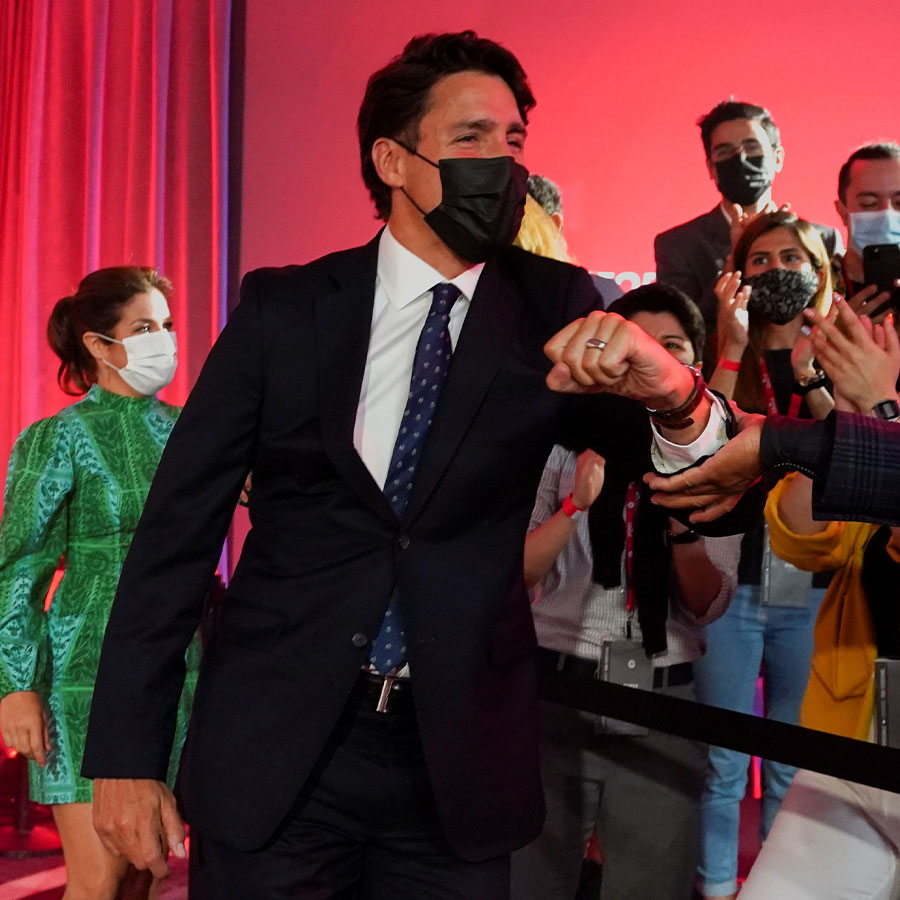 It was business as usual in Canada on Tuesday after Prime Minister Justin Trudeau fell short of winning a majority in a tightly contested parliamentary election, leaving him once again dependent on opposition legislators to govern.

Provisional results showed virtually no change from the 2019 election. Roughly 850,000 mail-in ballots are still to be counted, which could affect the final tally in a some seats.

“Canada’s political landscape looks remarkably similar after this election to the way it did before — almost as if Canadians spelled out ‘we don’t want an election now’ with their votes,” said Doug Porter, chief economist at BMO Capital Markets, in a note.

Trudeau, 49, was re-elected to a third term late Monday after calling a vote two years early. His hopes of securing a majority, which would give him a free hand to legislate, were dashed and he will once again rely on the support of the smaller left-leaning New Democrats to govern.

“You have given this parliament and this government clear directions,” he told supporters in Montreal early Tuesday. Just hours later, he greeted commuters outside a metro station in his constituency, continuing a post-election tradition.

Economists said the election results show Canadians support increased spending, making it probable the re-elected Liberals — propped up by the NDP — will press on with a modest loosening of fiscal policy.

“This raises the likelihood that the budget deficit will remain wider in the coming years than the Liberals’ costed platforms implies,” said Stephen Brown, senior Canada economist at Capital Economics.

Childcare advocates cheered the result as an assurance that a C$30 billion national daycare program will go ahead.

Provisional results showed the Liberals ahead in 158 constituencies, known as ridings, short of the 170 Trudeau needed to control the 338-seat House of Commons. The Conservatives were on 119 with the New Democrats on 25.

“It was a complete non-event,” Greg Taylor, chief investment officer of Purpose Investments said of the election. “It’s good it’s behind us…I expect by noon, markets will probably have forgotten (it) even happened.”

The results were a blow to the right-leaning Conservatives, whose leader Erin O’Toole had tried to take a more centrist approach to attract progressive voters.

For the second election in a row the party won a larger share of the popular vote, but failed to win the most seats.

O’Toole conceded the election, but warned Trudeau his Conservatives would be ready for the next one. He was set to give a news conference on Tuesday at 4 p.m. ET (2000 GMT).

The result was also seen as an approval of the Liberals’ ambitious carbon targets and plans to cap oil sector emissions. The oil and gas sector is Canada’s highest polluting industry, accounting for 26% of carbon emissions.

The Canadian Association of Petroleum Producers said in a statement the industry is ready to work with the federal government, but warned limiting production at home would see Canadian crude replaced by other sources of oil.

“Every molecule of natural gas and barrel of oil not produced in Canada, will be produced by other nations that do not share Canadian environmental or human rights standards,” CAPP president Tim McMillan said in a statement.