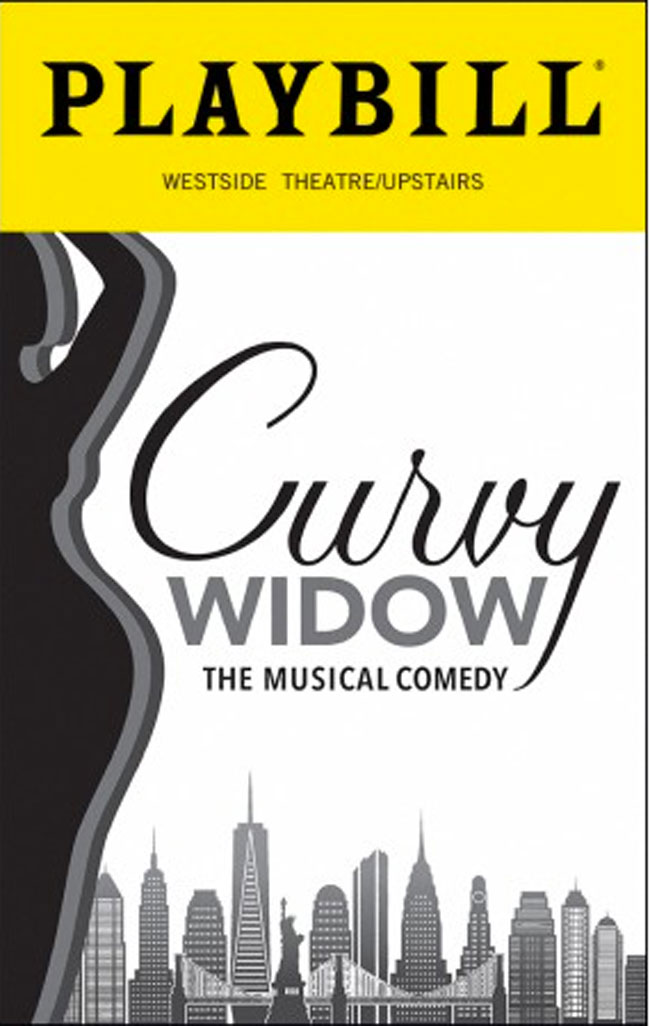 Recently, a popular off-Broadway musical playing in New York called The Curvy Widow had its run extended to the beginning of the new year, in response to increased ticket demand. At first glance this appears to be good news, because The Curvy Widow itself seems like a pure feel-good story. The book for the play was written by Bobby Goldman, the 68-year-old curvy widow in question, a construction company owner who was married to the screenwriter James Goldman (The Lion in Winter, Oliver Twist, Robin and Marian).

When her husband died in 1998, Bobby Goldman, a 21st century blend of Auntie Mame and t.v.’s Maude, was devastated.  Eventually her therapist told her to try sex; she did, through a number of dating services, with a number of men, some her age, some not.  The result, after a few false starts, was The Curvy Widow, which yielded the first close female friends she’d ever had in her life, plus a stock of pithy bon mots for women on a similar mission. “You need a good gynecologist, and you need a vibrator. I love men deeply, but they’re simple folk.  Women are strategic.  We’ll stay up, watch them breathe, and look for kitchen knives.” The largely female audiences for the show have been gleefully positive. Goldman’s regular Q and A’s with the crowd after the show have been a huge hit.

There’s only one small problem, for me the buried lead.  The first dating site Goldman tried when she decided to give sex another chance, was match.com.  She wasn’t impressed. ” The type of man who’s on it and of a certain age shouldn’t be on anything.” Then she “stumbled”, in the words of a New York Times profile, on Ashley Madison, the now-notorious Canadian dating site whose specialty is implicit in it slogan: “Life is short. Have an affair.”  Today the “Curvy Widow” (her dating-site handle) is having regular sex with six men, one single, five married. Married men, she told the Times, fit her life style better than single ones. As long as she doesn’t text them or call them, which would be “wrong”, she says, she appears to be perfectly comfortable with her new lifestyle.  The fact that there are other women on the underside of that lifestyle being played for fools doesn’t seem to give her pause.

I used to have a theory about a discriminatory syndrome I liked to call “the permissible bigotry of the oppressed”.  This was the tacit agreement that made it okay for minority groups to openly voice prejudices about the majority, with the world at large giving them a pass.  So Italians could call Wasps mangia-cakes, Jews could call gentiles goyim, and black people could call white people honkeys. Minorities were owed one, the idea ran.  And being a minority, I was sympathetic to the idea.  And, in fact, the ain’t-that-great celebration of The Curvy Widow, the indulgent tolerance greeting the play, happens to hang on a later-life version of my original syndrome. Call it the “permissible adultery of the superannuated”. But this notion, I’m not so sure about.

First, it’s pretty clear that if Bobby Goldman was 38 and not 68, no-one would be offering to mount a musical tribute to her on Broadway.  Because then she’d just be a another woman helping several men to cheat on their wives.  Then again, if Goldman was a 68 year old man, she wouldn’t be canonized either.  She’d just be another man doing what men do.  The reason Goldman gets her pass is that she’s found an intersectional sweet-spot of two classic prejudices, ageism and misogyny.  She’s the old-lady version of the Happy Hooker.  You get the feeling that if she went out and robbed banks after screwing husbands, she’d be an even bigger hit.

Is Goldman a cynic? Is the Pope Catholic? In Goldman’s moral universe, texting or phoning any of the married men she’s involved with would be “wrong”, because it could jeopardize the philandering husband. The wrong visited on the betrayed wife, on the other hand — most likely a fellow older woman — doesn’t seem to disturb her. (“She doesn’t bother herself,” the Times noted, “with moral implications.”) In the wake of Hugh Hefner’s death this past September, some commentators suggested that the self-proclaimed liberator of a sexual generation was also probably one of the sleazier satyrs to ever don a pair of pajamas. But Hefner was prurient, not cynical. He might have been a creep, but Bobby Goldman is creeping around. And we’re standing up and applauding her for it.

How come? This is the truly insidious part. Because what the world’s tacit endorsement of Goldman and her new lifestyle is largely made of is old-style condescension.  Sure it’s okay for her to engage in a bit of adultery, the subtext runs, how else is she supposed to get laid?  Old people are unattractive and desperate.  They need all the crutches they can get.  It would be churlish of us to expect them to cross all their ethical t’s.  Let’s cut them a break.

Nowhere was the danger of this misguided tolerance of age more evident than in a recent postscript to the Harvey Weinstein sexual harassment scandal: writing in Slate, the novelist Christina Baker Kline described being groped by former president George H.W. Bush, 93 and wheelchair bound, at a fundraiser hosted by his wife. According to Baker Kline, Bush asked her if she wanted to know who his favourite magician was; when she leaned down to hear the answer, he whispered, “David Cop-a-feel”, and simultaneously grabbed her buttock. If George Bush the elder performed this little routine because he was disinhibited by dementia, possibly associated with his Parkinson’s Disease, he gets a pass from me (my own father had Alzheimer’s). But Bush (who did apologize through a spokesman) was subsequently accused of groping a then-16 year old named Roslyn Corrigan in 2003, while posing for a photo at a CIA office in Texas. “[This] would account for the fact that in the photograph my mouth is hanging wide open,” Corrigan told Time magazine this past November. At the time Bush was 79 and apparently hale, so the pass is withdrawn. He, too, is accountable.

Not as accountable, mind you, as Bobby Goldman, who to date has done no apologizing of any kind.   I’m not saying I’m unsympathetic to the determination of an older woman to rediscover sensual pleasure in life; I’m not saying her defiance isn’t admirable, even entertaining.  I’m not saying I’m not gratified to be one of those simple folk, men, that she loves. But from all appearances Bobby Goldman doesn’t have any qualms about the means to her end — and she needs to have a qualm. There is peril in the privilege people think we’re owed, ex-presidents and widows included.  We all need to have a qualm.  And the world needs to expect it of us.