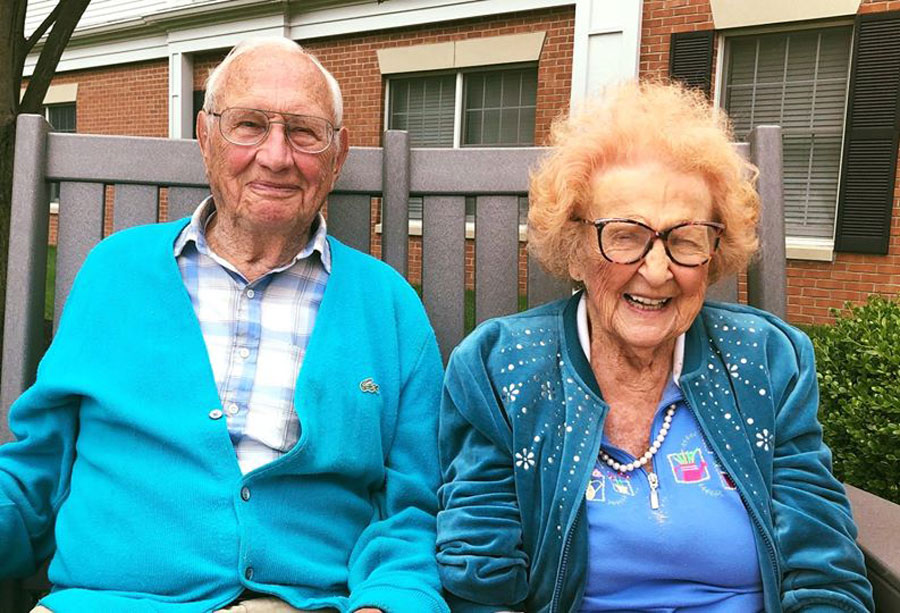 John and Phyllis met while at their living facility and tied the knot at the young ages of 100 and 103. (Photo: Kingston Residence of Sylvania/Facebook)

Tying the knot after only a year of dating isn’t usually advisable, but for a pair of centenarians who met and began their courtship in a senior living facility in Sylvania, Ohio, it was more than enough time.

John, a World War II veteran who just turned 100 and Phyllis who turns 103 in August, went to the courthouse last week to obtain a marriage license and found out they could get married right there on the spot.

“It wasn’t the plan, but we got here and they said, ‘we could marry you here.’ I said ‘good, let’s get it over with,'” John Cook told CNN affiliate WNWO.

The pair, who both lost two spouses in their lifetime, say they simply fell in love.

The newlyweds, who plan to live separately in their respective apartments, spend their days together enjoying meals, soaking in the sun and zipping down the halls of their residence in their mobility scooters.

“We were just compatible in a whole lot of ways [and] found ourselves enjoying each other’s company,” John Cook said.

As for whether a honeymoon still interests a newlywed couple over 100-years-old, John was tight-lipped, sort of. When asked what he and his wife enjoyed doing together most he smiled and said: “Well, I probably shouldn’t talk about that.”