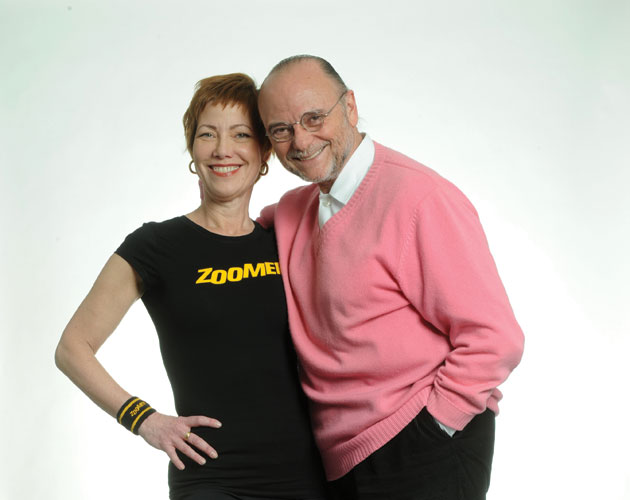 My friend Leanne Coppen died last night. It was almost exactly two years after she was first diagnosed with breast cancer. She did not respond to the breakthrough drug Herceptin, which has saved many others with the same type of disease. First it spread to her lymph nodes, then her neck, then her lungs. Before she passed, she was in excruciating pain, gasping for air in an oxygen mask. It was two weeks before her daughter Georgia’s fourth birthday. Leanne was 38 years old. She was hopeful and positive until the end. Leanne had a lot to live for and she desperately wanted to live.

For all the progress that has been made in treating breast cancer, Leanne’s story is a heartbreaking reminder of how much is yet to be done. It is giving me a renewed sense of purpose for my latest project — leading Team Zoomer in Toronto on the Shoppers Drug Mart Weekend to End Women’s Cancers benefiting the Princess Margaret Hospital Foundation on Sept. 11 and 12. When I was first approached to take this on, I was delighted to have an opportunity to give back to the institution that saved my life. But frankly, I was bothered because the money we raise won’t go directly to the cancer that threatened my life, the deadliest cancer — pancreatic cancer. Yes, I’ve had breast cancer too, but it was the kind that has a high cure rate. Pancreatic cancer patients face dismal odds that haven’t budged for 30 years — about five per cent are alive five years after diagnosis. I’m sure that’s partly because there are so few survivors to advocate for funds and resources. So I kept wondering if I shouldn’t channel all my energy there. But because of Leanne, I realize this is the right thing to do. The most aggressive breast cancers that are hardest to treat tend to strike the youngest women. My neighbour Carol recently lost her daughter Heidi, a 42-year-old mother of two, after triple-negative breast cancer ravaged her in just a few months.

The proceeds from the weekend will go to aid all women’s cancers not just breast cancer. My mother, Chaya, died of ovarian cancer. It’s called a silent killer because the symptoms are vague and there’s no method for early detection. Fewer than half  the women with this disease make it to that five-year anniversary, when cancer patients can breathe a sigh of relief.

We all know mothers, sisters, wives — not to mention fathers, sons and husbands — and friends like Leanne who have been hit by cancer. So I’m asking you, our readers, to join us — either by walking with us on Team Zoomer or by making a donation. It’s not an easy undertaking, but I’m convinced that’s the reason those who participate find it so meaningful. “It was one of the best things I’ve ever done.” I hear that over and over when people talk about the walk. It’s 30 kilometres a day, and there’s a significant fundraising commitment. It’s a two-day event held in six cities across the country. You can choose to walk either one day or two.

The Toronto event has raised $102 million over seven years. It’s a prime example of why charity walks, runs and bike rides are becoming the preferred way of raising money. I think it’s because of the challenge and because one goal spurs another. You’re less likely to bail on a walk or run after you’ve raised money from your friends and family. You need to train, but it’s not as difficult as it sounds. Many participants do the walk while undergoing chemotherapy. “People say to me why are you doing this. You should be at home,” said Shauri-Anne Martin, during last year’s walk. “But I don’t have the flu and I’m not dead. Let me keep walking. It’s two days where I can feel normal with all these people doing the same thing for the same cause. And it should be a reflection on people we’ve lost.”

Leanne walked the walk three months after she found out that her cancer had spread. “I had already planned to walk before I knew that,” she said in the video that the Princess Margaret Hospital Foundation produced about the event. It wasn’t going to stop her. She looked so happy at the finish line. Georgia was waiting for her with a big sign. Her mother, her husband and some friends were also there. “I get strength from them,” she said. “One step at a time.”