Age-friendly Fitness: These Years Are Made For Walking 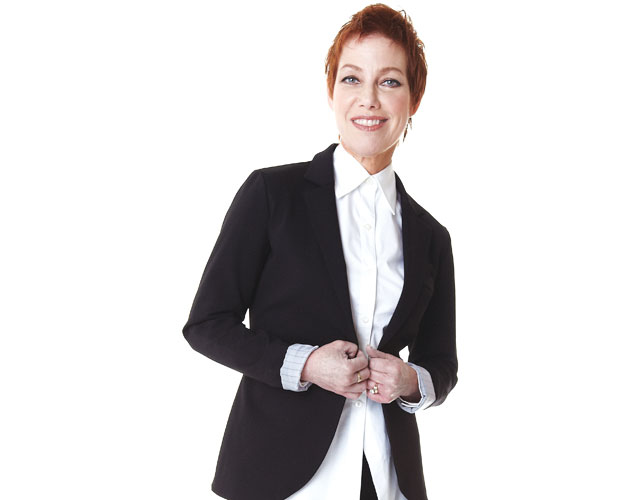 I used to scoff. All those articles touting walking as the recipe for easy weight loss and conditioning made me laugh. My own experience was that even strenuous exercise, on its own, wouldn’t take off the pounds. I’m already fit, so walking at a moderate pace won’t get my heart rate up or strengthen the muscles I need to stay injury-free on the tennis court. But it turns out it will do a lot of other things. It seems every other day there’s new evidence about the benefits of walking – for your brain as much as your body – everything from improving mood to preventing dementia. So I’ve gone from naysayer to convert.

I started walking in preparation for The Walk to End Women’s Cancers in September 2010. I may have pooh-poohed the idea of an hour of walking for exercise but I never underestimated the difficulty of walking 60 kilometres in two days. My weekly practices took me to parts of the city I’d never seen before, and the biking and walking trails were full of thick crowds! It was like discovering a new Toronto subculture. I gradually increased the walks from one hour to three, making sure to have a hike wherever my husband, Doug, and I happened to be on summer weekends. That wouldn’t have happened if I didn’t have The Walk looming in the future. I would never have had the patience to walk so long so often, and I probably wouldn’t have been able to wind down enough to take in the scenery while having long talks with my teammates when the walk did happen.

Now to the proven benefits: a study published in October 2010 suggests that people who regularly take long walks experience less brain shrinkage and less cognitive impairment than sedentary folks as they grow older. Six to nine miles a week seem to be the magic numbers for getting this benefit.

Researchers at the University of Pittsburgh recruited 299 older Zoomers with an average age of 78 and recorded the distances they walked in a typical week. Nine years later, the volunteers underwent MRI scans, which measured their brain size. After four more years, they were tested for signs of cognitive impairment or dementia.Those who walked between six and nine miles a week had less brain shrinkage compared with those who walked less. There was no added benefit to walking more. Even better, the regular walkers cut their risks of developing cognitive problems in half.

Another study published this past February in The Proceedings of the National Academy of Sciences, shows it’s never too late to start. This time, the participants were younger, in their 60s, but they were sedentary. The volunteers were randomly assigned to two exercise groups. One group walked around a track three times a week, building up to 40 minutes at a stretch; the other did a variety of less aerobic exercises, including yoga and resistance training.

After a year, brain scans showed that among the walkers, the hippocampus – a part of the brain important to the formation of memories – had increased in volume by about two per cent on average; in the others, it had declined by about 1.4 per cent. Since such a decline is normal in older adults, that’s pretty significant. Both groups also improved on a test of spatial memory, but the walkers improved more.

I’m hoping all of this will help me recruit the 2011 Team Zoomer for this year’s Weekend to End Women’s Cancers on Sept. 10 and 11 in Toronto, other dates across the country. You can join us by going to www.endcancer.ca/goto/teamzoomer.

Take it from Kitty Cohen – at 97, she was the oldest walker in last year’s event. “People everywhere want to know what is my secret,” she told me. “Keep moving, just keep moving … and have the most positive attitude that you can.”

Libby Znaimer  ([email protected]) is a veteran canadian journalist. she hosts The Zoomer Report on AM740 and Classical 96.3 FM, where she also serves as VP of News. Her book, In Cancerland: Living Well Is the Best Revenge (Key Porter), is available at a special price at www.carp.ca/libby.