Getting Her Groove Back 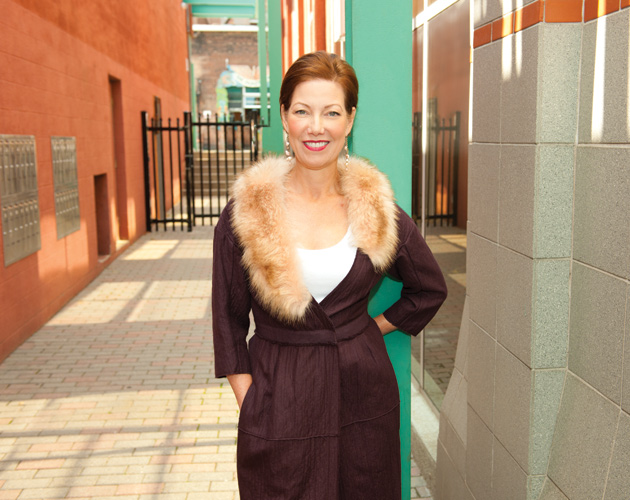 NO WONDER it was so hard to get together with my old friend Theresa. When we finally sat down she told me she was dating not one but two men, after a very long drought. What’s more, they both sounded appropriate, and she was taking things slowly. Theresa had always been the most sexually adventurous one in our group. While the rest of us were looking for true love, she dated a succession of “boy toys” and entertained us with hilarious risqué stories about them. A few years ago, she abruptly told me she’d broken up with a long-time lover. “The sex has become painful. I don’t enjoy it anymore,” she said at the time. It occurred to me that for someone who was so into sex, she was giving up pretty easily.

Women love to give each other advice. So I was delighted to put my two cents in when she told me she hadn’t yet been intimate with either of the new men. “You may have vaginal atrophy and you should get it treated before you go to bed with anyone,” I told her. I had only just learned about this condition within the last year, from my gynecologist, Dr. Jennifer Blake, past chief of obstetrics and gynecology at Sunnybrook Health Sciences Centre and current professor of obstetrics and gynecology at the University of Toronto. I had thought I had the facts of life – including menopause – nailed down and

I was very surprised to learn about a common condition I didn’t even know existed. “It isn’t something anyone wants to talk about or admit to. People are a bit embarrassed by it,” she told me. “Sadly, we don’t come with instruction manuals.”

Theresa hadn’t heard of it either. It’s more than just dryness that most women experience and it probably affects a quarter of post-menopausal women. The vaginal walls become thin, inflamed and fragile because of a reduction of estrogen, according to the Mayo Clinic’s definition of the condition.

Symptoms include burning, itching, dryness, frequent urinary tract infections and painful intercourse. And unlike other menopausal symptoms like hot flashes, it doesn’t get better with time; it gets worse. The clincher is there’s a very straightforward treatment – low-dose local estrogen tablets. Of course, many women worry about taking estrogen, what with constantly shifting evidence about its impact on the risk of breast cancer and heart disease. Blake says with this low-dose vaginal estrogen, only the tiniest amount of estrogen is absorbed into the system, and it’s safe for everyone except women who are taking aromatase inhibitors – drugs that are often prescribed after treatment for breast cancer.

Unlike most of the advice I offer my girlfriends, Theresa was on this right away. Within a week, she saw her doctor and got a prescription, heading off the problem before she became sexually active. This is in sharp contrast to what usually happens. According to a survey by Novo Nordisk, the pharmaceutical company that makes the drug, 56 per cent of women suffer for three years or longer before seeking help. Often, it’s because they accept these symptoms as an inevitable consequence of aging – just as men used to accept erectile dysfunction. The drug company obviously wants to spread the word about this condition, hoping vaginal atrophy will enter our lexicon through its initials: VA, just like ED (erectile dysfunction). “We don’t have a pink Viagra for women,” says Dr. Rossella Nappi, associate professor of obstetrics and gynecology at the University of Pavia in Italy and consultant to the drug company.

“Of course, it’s easy to treat ED, and maybe it’s less easy to treat VA because it’s easy to speak about ED, and it’s not so easy to talk about VA,” she told me. “We should talk about ED and VA together for a better life of the couple.”
I can hardly wait for the clever commercials – the female counterpart of the overweight, middle-aged man skipping down the street humming “Singin’ in the Rain” before the Viagra logo flashes; or the horrified teenager uttering “Ewwww!” when she realizes what her parents are up to.

IN THE MEANTIME, it’s still hard to get face time with Theresa. She’s in a relationship with one of the guys she told me about – it’s been six months now – things are still firmly in the honeymoon phase. “Last weekend, we had sex four times – and it was wild,” she recounted breathlessly. The old Theresa is back. But this time, her sexual reawakening comes with love and companionship. “Who would have thought I’d find this at this stage of my life?” she says. But it doesn’t surprise me – better medicine is part of a better life – of our new lives as we age.

LIBBY ZNAIMER ([email protected]) HOSTS THE ZOOMER REPORT ON AM740 AND CLASSICAL 96.3 FM (BOTH ZOOMERMEDIA PROPERTIES). SHE IS ALSO VP OF NEWS. HER BOOK, IN CANCERLAND: LIVING WELL IS THE BEST REVENGE (KEY PORTER), IS AVAILABLE AT WWW.CARP.CA/LIBBY.