The Writer On The Attainable Reinvention Of A Star 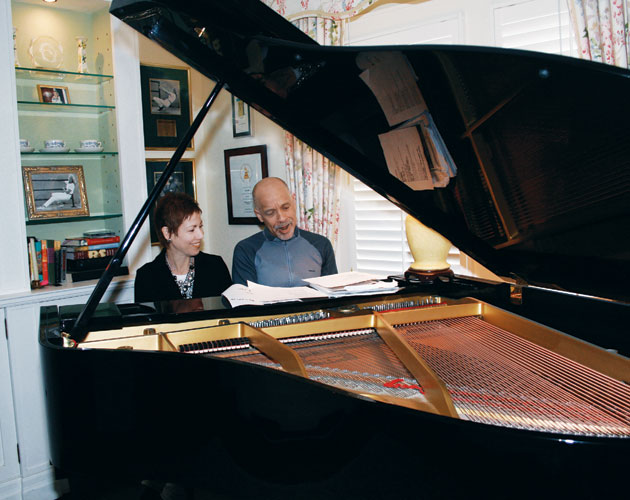 Even rock stars have to re-invent themselves. For most of us, it happens in mid-life, and the catalyst is usually a crisis: job loss, divorce, illness. For legendary singer-songwriter Dan Hill, it was the death of his father in 2003.

He stopped performing. He wrote a book. I Am My Father’s Son: A Memoir of Love and Forgiveness chronicles his turbulent relationship with his dad, Daniel Grafton Hill III. The senior Hill moved to Canada with his white wife in the ’50s to escape racism in the United States and went on to become Ontario’s first human rights commissioner. He believed the way to a better life for blacks in North America was education and hard work — not instant stardom. Dan pulls no punches in his searing account of growing up with his demanding, combative father. But, ironically, his dad would have approved of the book more than the musical career that brought his son fame and fortune.

Dan worked on the book for three and a half years. His main job is writing songs for stars such as Céline Dion. Now, he wants to get back to the stage. I chatted with him recently when he was in the AM740 radio station’s Concert Lobby for a performance interview. There he was in his stocking feet, singing the never-heard-before original version of his blockbuster hit “Sometimes When We Touch.” There I was, one of only a handful of people in the room. Dan was friendly, self-deprecating and very intense.

What’s it like to make a comeback at the age of 54 when you had stunning success in your 20s? This time, Dan is after something on a very different scale. His plan is to play small venues and to perform just like he did in our lobby: singing songs and telling the tales behind them, reading and telling stories from his book. “I think the stories are really important,” he says. “People feel more attached to the song, more invested in the song, when they know where it came from.” Part of the motivation for this style of performance is practical — it will keep his costs down. But he’s not interested in the extravaganza he’d need for massive concerts — backup singers, opening acts or special effects.

“If I’m playing a 200-seater in Toronto instead of Massey Hall, I don’t think that means I’m less talented. I just think that’s the way it is, and frankly I prefer it,” he says. “If people say ‘Oh, he’s peaked,’ I’m going to say fine, you can think whatever you want.”

His approach got me thinking about what re-invention means at our stage of life. I’d been wrestling with the idea of big dreams myself. When I was diagnosed with pancreatic cancer, I put aside any thoughts about career. I felt I hadn’t accomplished enough for a lifetime, but my original prognosis was lousy, and it looked like there wouldn’t be enough time to do more. I concentrated on my health, family and friends. That was the right choice.

As I went through treatment, people kept asking: did I want to take a special trip, pursue new experiences, do something special? I guess they were asking if I had a “bucket list,” a list of things to do before I died. But I wanted to stay close to home and, as much as I could, do the things that made me feel I had my life back. That included work. I worked as much as I could — just my regular job, and it was a comfort and a pleasure. The disease made me realize how much I love my life exactly as it is.

Now, I am recovering. I will have more time, though I don’t know how much. It’s like a reprieve, and it has me thinking once again that I should aim to do something “big.”

But I’m starting to realize it might be smarter to follow Dan Hill’s example and go for the smaller scale. That is where you can do what you want and make an impact one person at a time.

“The great thing about getting older is that you don’t really worry about what people think anymore,” Dan says. “I don’t have time for that. Time is running out. I want to celebrate the time I have left.” So do I, Dan. And it’s worth taking a page from your playbook.