Cancer: Should Public Pay High Costs When Procedure Not Yet Proven Success? 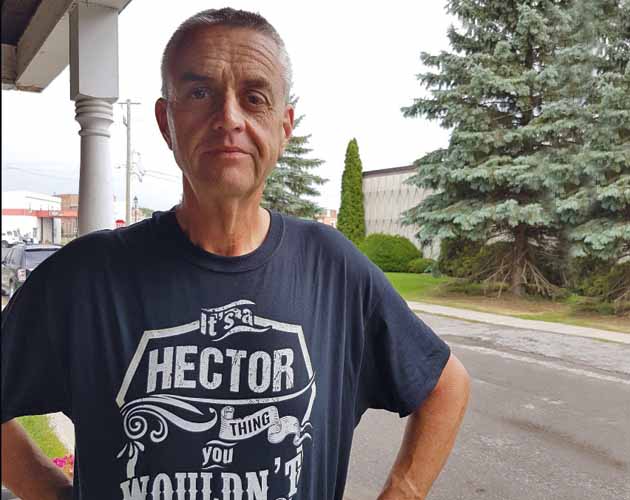 It’s a horrible situation to be in—to have a disease that will surely kill you unless you find some way out. Then you think you’ve found it but you can’t get it.

“I’m being murdered by my own Ontario government!”

“They are murdering contract killers!”

These are not the ravings of a madman. These are a few of the tweets posted by Hector MacMillan, the mayor of Trent Hills, Ont. Hec, as he likes to be called, has pancreatic cancer. He’s running out of time and options. He wants the government to pay for a procedure that costs more than $300,000 in Kentucky. OHIP, Ontario’s health insurance, says the procedure is experimental, and there is no evidence it would help someone like Hec.

It is a horrible situation to be in—to have a disease that will surely kill you unless you find some way out. Then you think you’ve found it but you can’t get it. When I was diagnosed with pancreatic cancer, I found out about an experimental class of drugs that targeted the genetic mutation I have. It was being tested on people with breast cancer. My doctors agreed it could work, but the drug company refused to release it, arguing that it could mess up the entire trial. That made me crazy, angry, obsessed.

The procedure Hec wants is called IRE, or irreversible electroporation, and it’s done with a NanoKnife, using low-current high-voltage electrical energy to destroy tumours. It hasn’t passed a large-scale randomized clinical trial, but evidence from centres where it is being used shows it can double survival—from the usual one year to two—for patients with inoperable Stage 3 pancreatic cancer. Hec was diagnosed with Stage 4, which means the cancer has spread. After undergoing chemotherapy, his metastatic tumour disappeared, though the one in his pancreas is still there. Two doctors argued this would now make him a candidate. But most oncologists believe that once a cancer has spread, it becomes incurable and will never go away, though it can go into remission.

In Hec’s place, I would want to give the NanoKnife a shot. But the question is should the public pay when the cost is so high and there is no evidence pointing to a successful outcome? Dr. Gary Rodin is the joint University of Toronto/University Health Network chair in psychosocial oncology and palliative care. He says this case underscores the tension between public and private interests.

“If you’re a decision-maker in a provincial government, you have to decide if that amount for that benefit is something we should be spending money on.”

I asked him what he makes of the single-minded pursuit of a last-ditch treatment. He says some people simply want to be sure they have tried everything but, for others, “It’s difficult thinking about their disease. One way to manage is to think only about treatment and pursuing all kinds of treatment.” Rodin says he’s seen people spend the last months of their lives pursuing clinical trials or receiving chemotherapy with side effects. He doesn’t believe they have nothing to lose. “They may be giving up doing the things that are meaningful in their life.”

Hec has a lot of friends. They have raised more than $40,000 for him. Lisa MacLeod, PC MPP for Nepean-Carleton, took up his cause and held a televised news conference to try to change OHIP’s mind. She says she’s seen too many patients like Hector fall through the cracks and she blames the Liberal government. But given that pancreatic cancer has a survival rate of only eight per cent, it is more like a chasm, and it cannot be blamed on the government.

After the news conference, Hec gave up trying to convince OHIP. He’s booked to have the procedure in Germany where it costs about $32,000—a 10th of the American price! He swears he will come back healthy and do everything in his power to bring the NanoKnife here. He may have already accomplished that. As of this writing, the University Health Network’s team is set to meet with the manufacturer of the machine, which they currently use only for treating liver cancer. They insist it is not a response to Hec’s case, but there’s no doubt that the mayor’s #sentencedtodie may well help make it available for pancreatic cancer soon.