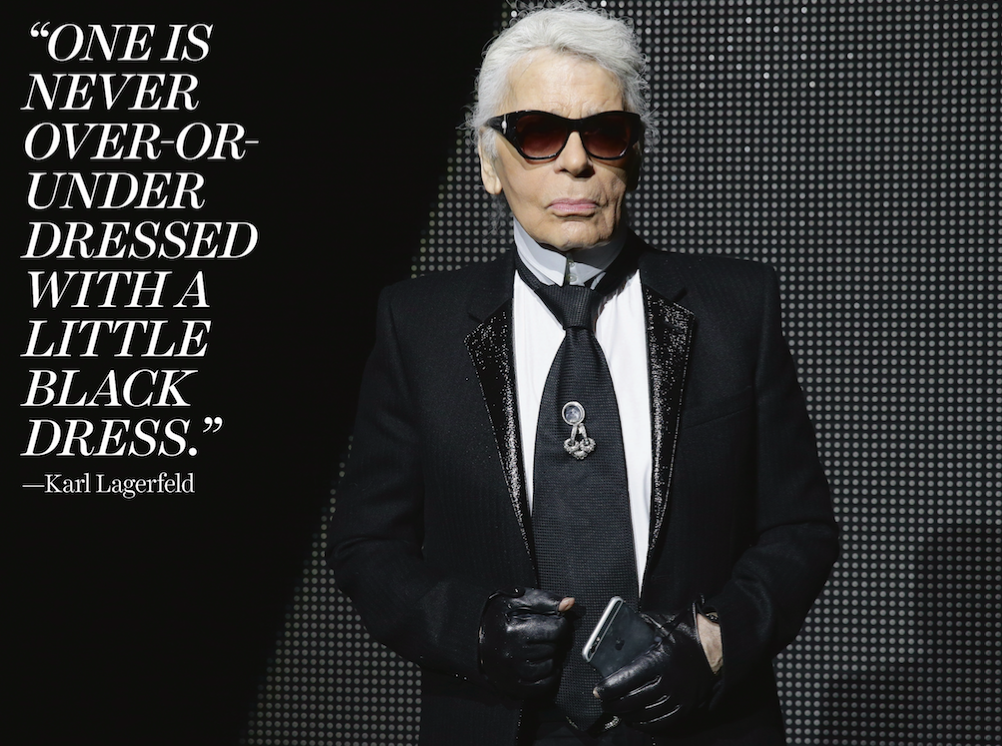 In honour of fashion month and to kick off the new fall season, what better time to look for some worthy advice from some sartorial seers.

Fashion designers are a group that’s never lost for words. They can deliver delicious bon mots, have a knack for a quip and perhaps because they dedicate themselves to a craft that requires them to predict what society will want to wear months in the future, they can deliver prescient quotes.

And with some legendary designers, even after they have passed on, their words continue to resonate.

The month of September marks the beginning of a flurry of international fashion weeks as some of the world’s most talented designers debut their collections for next spring. An army of retailers, journalists, editors, models and photographers will start off in New York Fashion Week (currently underway) before heading to London, Milan and ending in Paris in early October. Along the way, designers will endure numerous interviews and some of those soundbites will turn into pearls of wisdom, living on forever.

In honour of fashion month and to kick off the new fall season, what better time to look for some worthy advice from some sartorial seers.

Scroll through our slide show below for a fall shopping list inspired by quotes from famous designers. One is never over-dressed or under-dressed with a Little Black Dress – Karl Lagerfeld.

The LBD is a sartorial workhorse which many women attest to by keeping at least one in their wardrobe. It can be the easy and fast solution to many a what-to-wear fashion dilemma. Like Lagerfeld intones, it is always an appropriate choice. You can never take too much care over the choice of your shoes. Too many women think that they are unimportant. But the real proof of an elegant woman is what is on her feet – Christian Dior

Think of shoes as the punctuation of your outfit; they are not only necessary but important. These classic pumps will add a lady-like note to an outfit. This season the 1970s makes yet another appearance in fashion. But things are never the same when they return – like this jumpsuit. If they were skin-tight sexy in the ’70s and you wore them to the disco, they are now gentler and offer a great deal of ease and comfort and seems suitable for the office. Sure, a Little Black Dress will always be a classic choice for a party but who will ever forget a woman in scarlet? While Ms Karan’s advice could be applied to more than just fashion – even life itself – but in terms of style, it’s always a good idea to play up your best attributes while covering less stellar parts of your figure.  This dress covers arms that are not as toned as you would like but puts your fantastic clavicles and elegant shoulders on display. You shouldn’t ask, ‘why do you wear a hat?’ What you really should be asking is ‘why are you not?’ – John Galliano

As the fall season approaches, what better time to give hats a try? Fashion is about dreaming and making other people dream – Donatella Versace

Pink feathers at your ankles are what dreamy shoes are made of and would bring a smile to anyone’s face.