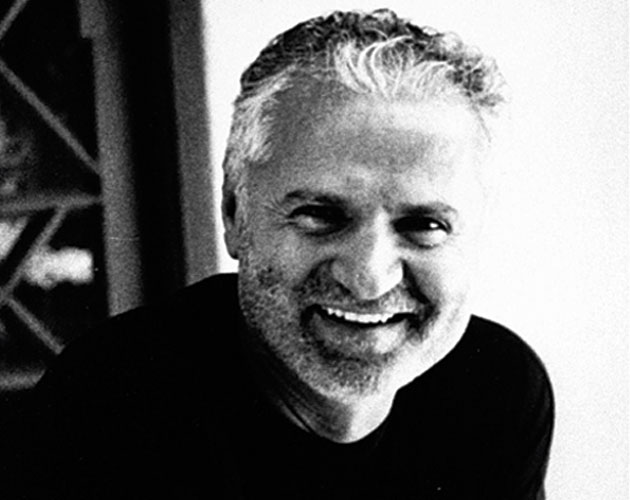 With the recent premiere of Ryan Murphy’s The Assassination of Gianni Versace: American Crime Story, Shinan Govani retraces the steps of the late designer who was the face of Italian fashion the world over.

I did it not so long ago, reimagining the morning, 20 years ago this annum, when Gianni Versace paced the very same route, unbeknownst to him that they’d mark his final stroll. Though the stretch was somewhat different then – more open, with an unobstructed view of the horizon – the tawny light of South Beach goes on, as does the right-back-to-1997 whiff of cocoa sunblock.

The day long ago faded into infamy: having risen early the morning of July 15, the designer – then the face of Italian fashion the world over – had sauntered over to have breakfast and then turned back, on cue, to home. Soon: boom. In mere minutes, he’d be assassinated right there in full view, courtesy of two swift shots to the head by a madman who’d come to be known as Andrew Cunanan. Falling to the ground, along with the five magazines he’d just purchased at the News Cafe – Vogue, People, Entertainment Weekly, Business Week and The New Yorker – Versace was instantly dead, his blood promptly staining the coral front steps of his Bonaparte-worthy property.

That mark? Long gone. What has, however, soaked into the very mythology of Miami over the last two decades – certain cities being nothing but the accumulation of the stories that it tells itself – is the glamour in life and in death of the man.

“This used to be his kitchen,” the chap behind the bar at Gianni’s, the 2016-circa restaurant now nestled at Casa Casuarina, was saying when I dropped in. It had the mien, no doubt, of a rehearsed soliloquy that he gives nightly, as the curiousity-mongers arrive to commune with the ghost of Versace.

The Onyx Bar, as it’s known now, welcomes visitors at a manse that is now a hotel but is ever a portal to an unreal decadence. The tangle of styles that the designer tah-dah’ed – Greek, Roman, Moorish – remains in check, as do all the many commissioned frescoes, the stained-glass windows, its fabulous tile work, that gold-plated pool. A Graceland for the Medusa-head set, you might call it.

But while the Calabrian dressmaker is ever in style – producer Ryan Murphy recently confirmed he’s taking on the Gianni murder for his American Crime anthology series, with Penelope Cruz in play for the role of the designer’s out-there sister, Donatella – in Miami, it’s equally stunning how much has also changed since his demise.

Just consider: Versace’s end came even before Art Basel poled a tent in this town, that annual arty bacchanal that is a pilgrimage for the rich, the famous and the plain fabulous every December. It set off a “Basel effect,” giving this patch of Florida a dash of the gravitas that had long eluded it, and tinkered the city in umpteenth ways. “The idea that a city can market itself around culture was launched in Miami,” is what Craig Robins, a founder of Design Miami that runs alongside the fair, told The Guardian during Basel’s 12th unspooling. “We’ve tried to integrate the art side into the business side, and success there gave us capital to do more culturally.”

With Art Basel came a swirl of newer higher-end hotels (like the Argentine import, the Faena), newer, cooler art museums and year-round collections, marquee starchitects in the mix of the city’s accelerating skyline (see: the amazing Herzog & de Meuron-designed parking garage – yes, parking garage!) plus a wine and food fest that’s one of the largest in the country and which synced, inevitably, with spiffier and spiffier restaurants.

Consider, too, that Versace was doing South Beach before there was a so-called South Beach Diet (a fad diet that became all the low-carb rage in the mid-aughts) but, add to that, the other key ingredient that has really altered Miami since 1997: the B-word. Brazilians! It’s a demographic shift – an axis-point to the Cuban community long a mainstay – that was best exemplified by the first-ever all-Brazilians issue of the oh-so-glossy Ocean Drive magazine a few years ago.

Leading the pack of wealthy Latin Americans who make up a big part of the city’s multinational mosaic, their numbers swelled in concert with Brazil’s own boom over the last decade, with one developer telling the mag, “Maybe now they spend six months here and six months in Brazil.” Ditto, the developer who mused, “If you live in São Paulo and want to buy a handbag, it’s cheaper to buy a ticket to Miami, stay in a hotel and purchase the bag in
Bal Harbour.”

Making myself at home, during my visit, at the timeless Hotel Raleigh – home to a pool made famous by Hollywood’s iconic mermaid, Esther Williams – I struck up a long chaise conversation with a woman who has been coming to South Beach since the ’80s and who made the case that the course of the destination can all be divvied into “pre-Versace and post-Versace.”

Pre-Versace, invariably, is a reference to its grittier Scarface-Miami Vice era, as well as to its more play-by-the-numbers geriatric snowbirds rep. Post-Versace? A riff on the global icon that South Beach became once Gianni discovered it, setting up shop here after he was, as his biographer, Deborah Ball, tells it in House of Versace, “bewitched by the edgy frisson of … South Beach, with its population of drag queens, muscle boys, artists and celebrities, and its energetic embrace of sexual freedom and physical beauty.”

Gianni, a whiz then at meshing the cross-currents of fashion and celebrity, was one of the chief architects of the “supermodel” moment when he sent Linda, Christy, Naomi and Cindy lip-syncing down the runway to George Michael’s anthem “Freedom!” – they had previously appeared in the song’s seminal video. The recent passing of Michael seems all the more haunting when juxtaposed with the anniversary of Versace’s death, not to mention the resurgence of interest in the ’90s.

Gianni was also gifted at harnessing the power of the media – just think back to the Elizabeth Hurley safety-pin dress moment. He not only helped turn models into full-fledged pop icons but then also went on to remake a city in his vision: Miami, “a pure distillation of the Versace world: decadent, guilt-free and not a little bit vulgar,” as Ball further writes.

So, where would the glamour maker be regaling in these parts had he lived? It’s a question I couldn’t help but parse, as I snaked my way through South Beach. Some are obvious: there’s no question that Gianni would be a regular at the Soho Beach House (where art deco meets who’s who), one of a string of London-based private clubs that cropped up out here a few years ago and, for sure, he would have found much inspiration at The Webster, the three-storey concept shop on Collins that is the crown jewel of shopping in Miami (opened in 2009, it’s designed to put a spring in any fashionista’s step).

A sucker for a scene, he would have been all over Ian Schrager’s too-slick Miami outpost of The Edition (though I can’t exactly see Gianni playing five-pin in the hotel’s in-house bowling alley) and also probably gotten a kick out of the pretty young things at the Broken Shaker, a sorta Boho tiki bar in the courtyard of the Freehand Hotel.

Restaurant-wise, Versace had a healthy yen for habits so would have probably still been spotted at the institution that is Joe’s Stone Crab, but he would have – I’m sure – really been all over the just-opened, properly elegant Forte dei Miami. While snagging a table for one there one night, I could almost see Gianni there, if I squinted just so, for it would have attended to his core Italian sensibilities (which would have deepened as he aged, I believe). As un-stereotypically South Beach as a South Beach eatery gets – all natural woods and no thump-thump – it’s a rustic Italian imagining courtesy of the same family who owns the world-famous Quattro Passi on the Amalfi coast. Forte dei Miami is their first restaurant in the Americas.

Other spots on the fantasy Gianni-2017 list: Byblos, the stunning restaurant with Middle Eastern and North African accents (an establishment courtesy of Toronto’s Charles Khabouth); Pao by Paul Qui, a restaurant in the Faena Hotel that is a haute mishmash (complete with $6.5 million gold-leaf unicorn sculpted by Damien Hirst!); and, oh, Michael’s Genuine Food & Drink, the trailblazer in the Design District (a fave of the culinary mafia).

All of which perhaps begs asking, of course: would Versace – hypothetically 71 years old today – truly still be ubiquitous in South Beach, had he lived? It’s a reasonable question given the mercurialness of the fashion world and the ADD of the jet set, in general.

Me, I prefer to think he would have and like the Zeitgeist he whipped up at Casa Casuarina back then – famously hosting a party for Madonna there one year and drawing a regular cabal that included Elton John, Jack Nicholson and Cindy Crawford – he would still be at it, drinking up Miami’s new groove. The parties might have been fewer now but when they did happen, they’d be popping as ever. I can just see it: there’s Gigi Hadid, a recent Versace campaign star, by the pool; there’s Katy Perry arriving as dusk sets in at the mansion; there’s Leo DiCaprio on that banquette.

It was that very Versace, after all, who, shortly after he moved in, raved to a local reporter, “Miami to me is heaven. I want to stay forever.”

A version of this article appeared in the June 2017 issue with the headline, “The Day That Fashion Died,” p. 78.

If You Go: Check out hotel search and booking engine Booking.com, and Booking.com’s Passion Search Tool, a personalized online platform that empowers travels to discover destinations based on their passions.