How to Get Linda Evangelista’s Supermodel Skin 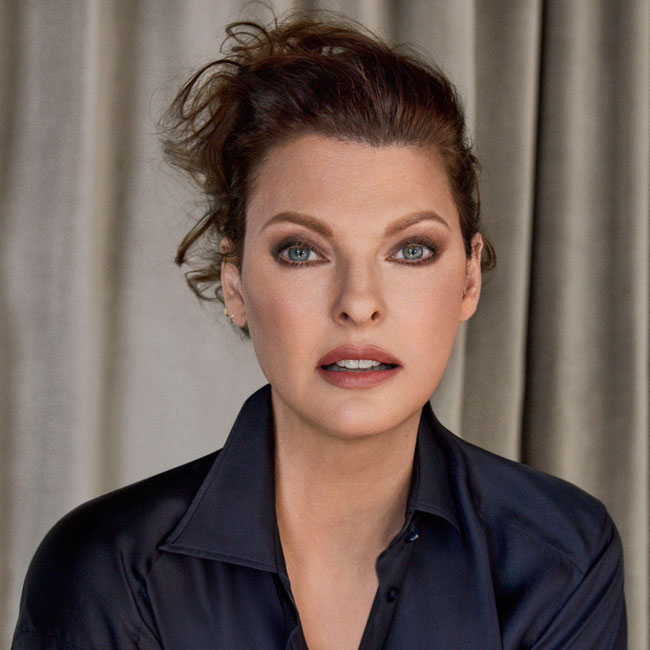 Zoomer’s Deputy Editor Kim Izzo talks with supermodel Linda Evangelista about beauty, aging and how she became a skin-care executive.

Canada’s supermodel sensation, Linda Evangelista is perhaps most famous for the short haircut that made her career and for quipping that she doesn’t get out of bed for less than $10,000 per day.

These days, the St. Catherines, Ontario-born Evangelista, 52, wants to be known for helping women put their own best face forward with the skincare product Erasa XEP-30 as the brand’s vice-president and creative director. If the name sounds high-tech, that’s because it is. It’s a concentrate that targets visible signs of aging – fine wrinkles, uneven skin tone, the works – using a biomimetic neuropeptide technology to create the “ultimate peptide complex.” The silky non-sticky formula includes collagen booster and the anti-inflammatory action of extracts of magnolia, white birch and others. How did the supermodel come to be sitting in Toronto’s Holt Renfrew (Erasa XEP 30 is exclusive to Holts and retails for $250) on a cold February day to dish about her favourite beauty product? She tells me it came about in an organic way – through her aesthetician’s husband who gave her a bottle to try.

“I was like, “Okay, yes”, with no intention of trying it,” Evangelista explains. “I got out of the shower that night and I skip my protocol of 20 layers of [products], brushed my teeth, hopped in bed, popped on my humidifiers, my lip balm, my hand cream and the bottle’s sitting there. So I was like, “Oh, let me just – whatever. Can’t do any harm.”

Two weeks later she went to tweeze her brows and got a pleasant surprise. “I look good and when the heck do I ever say, “I look good”? When do you look in the mirror and go, “Oh, I look good”? Never. And I realized it must be that [Erasa] because that’s the only thing I’m doing because I’m skipping all the other stuff.”

She has suffered from melasma, a common skin-condition that causes patches of brown and greyish-brown on the face but noticed that will prolonged use of the Erasa, that too was significantly reduced and her pores got smaller. “I stopped wearing concealer because I don’t have those dark circles any longer.”

Excited by the results she called her aesthetician and asked to meet the people behind the bottle. Enter BioMimetic Laboratories and Julius “Jules” Zecchino, the company’s co-founder and chief scientific officer. The brand has patents and awards but they didn’t have a beauty spokesperson so the meeting was kismet.

“We really want to move that bar and create something special and different. And when she heard that, she said, ‘I’d like to be part of something like that,’” he explains. A part of the synergy is that Linda really understands how people wear things and use things.”

“I’m a vain 52-year-old woman. I can speak for a lot of people,” Evangelista interjects with a smile.

The key to the product, Jules explains is that XEP-30 neuropeptide, which is derived from snail venom and acts like a liquid Botox, relaxing the muscles. “In order for muscles to contract, you have to have a signal that goes to a receptor and makes it contract. Botox works by eliminating the signal,” explains Jules. “What we work is on the receptor. So the signal may go but there’s no place for it to launch into. Of course, we don’t do it massively but we do it a little bit. But every time you use the product, after about a half hour, you’ll actually see a little relaxation and sometimes people feel a little tightness as well.”

Used daily, the skin relaxes and the anti-inflammatories get to work repairing the skin. Evangelista adds that she doesn’t need to exfoliate anymore because of .a special whey protein in the product that puffs up collagen synthesis so you get the firming action and lifting action that you need. ZM: What is your best beauty advice to women over 45?

LE: I would say stay out of the sun.

ZM: What do you think of the term anti-aging?

LE: We need another word for anti-aging. We’re stuck with it because it’s a category thing but it really doesn’t really explain what you really want. I mean we need to do something in terms of intervention. But the thing is I love aging. I want to get old, that’s my goal. I want to see my son grow into a man, I want grandchildren. I want to be like the coolest grandmother out there and great grandmother.

ZM: So you embracing aging, no holds barred.

ZM: What’s the best thing about aging so far?

LE: It’s very cliché but it is the wisdom that comes with it. Boy, if I could have knocked some sense into my 22-year-old self, it would have been so much better.

ZM: What would you have told your 22-year-old self?

LE: “Oh, get off your high horse” probably. I don’t know. What matters, you don’t really realize until later, until you have hardships, until you lose people, until you have health problems. Putting it all into perspective. I didn’t do that when I was young because I was just – everything was happening so fast and life was fabulous and nothing bad had happened.