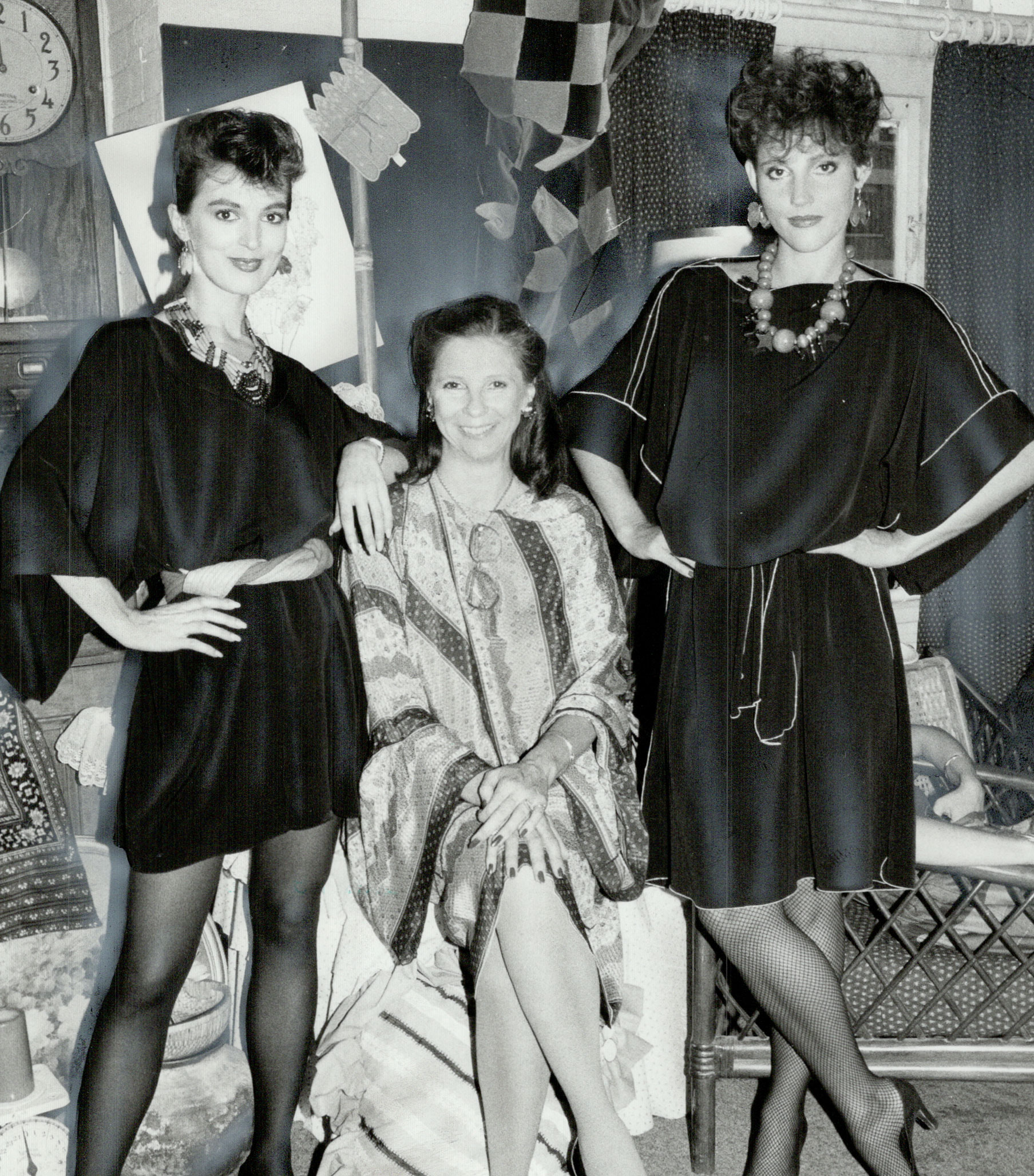 Marilyn Brooks, in a striped silk top, circa 1980s, with two of her models at Brooks' Fashion Loft. (Photo by Erin Combs/Toronto Star via Getty Images)

Famed Hollywood agent Stevie Phillips lists three qualities necessary to be an entrepreneur: Hunger, to show you’ve got what it takes. Confidence, because you need unwavering faith in your own ability. And Eyes, to enable you to recognize an opportunity when it’s put in front of you.

In searching for descriptors to characterize Marilyn Brooks, those attributes quickly fell onto my short list. You see, for the past few years I’ve had the privilege of working with Marilyn to capture her memoirs into a book we call “Behind The Seams” (behindtheseams.fashion). And as a guy who writes nonfiction stories about amazing individuals, no one hits that mark quite like Marilyn. After all, we’re talking about a lady with the vision to grab hold of the Canadian fashion industry with zest, the courage to rejuvenate it, the boldness to re-write the rules while growing her own brand and the feistiness and determination to become a true embodiment of international success. Above: The TTC Transfer dress was created for Fashion Cares in 1995 for raising money for AIDS. It was a “Salute to Suburbia”. Marilyn had been designing uniforms for the TTC transit guides at the time so this likely inspired her for this one-of-a-kind show-piece made for the event.

I met Marilyn through friends. As I got to know her, I soon realized she had a million marvelous stories that could form an engaging memoir. But she confessed to being “brain dead” when it comes to writing. So I found myself corralled into becoming her scribe and before long, I was off and running on an amazing journey of discovery.

I’ll never forget my “life sessions” with Marilyn. We’d sit together by the cool waters of her Lake Rosseau home and she’d regale me with tales from her illustrative career. This was “grist for the mill” which I’d dutifully turn into chapters for “Behind The Seams”. Of course, there were also the follow up emails, such as, “Forgot to tell you about travelling on Stan Kenton’s band bus with his overamorous drummer.” What? Sure. OK.

A landmark career stretching through five decades was plenty to write about. And although you might recall Marilyn from The Unicorn stores in Toronto, or the Marilyn Brooks Boutiques in Canada and the U.S., you’re likely not aware that our Miss Brooks made her rather inauspicious debut as Emma Mae Augustus in an Albany, New York home for unwed mothers.

“My new ‘grandmother’ took me by train to Detroit, Michigan,” she told me matter-of-factly. “She then presented me to the folks who were prepared to become my parents. They even had a new name for me at the time: Marilyn Haskins.”

I came to understand that even in her youth, Marilyn had an uncanny ability to recognize opportunity. Armed with this sixth sense, she simply moved to Canada in the 1960s and began transforming our world from a domain of dull gray into a cavalcade of spectacular colour. Above: On the cover is model Samantha Jones wearing Marilyn Brooks’ iconic chain bra, shot by Beverley Rockett in 1969.

Spending time with this stimulating lady meant hearing stories about meeting celebrities and launching the careers of famous models like Cathie Shiriff, Shannon Tweed, Linda Evangelista and Ivana Trump. All the while, she was running her business, starring in a DIY TV series and staging elaborate fashion shows to build rapport with customers.

Marilyn fascinated me with stories of halting a promotional photo shoot of nude models due to the tumescent display of one of the males. And how she designed and retailed her famous chain link bra. And what it felt like to have the bank call her loan. She even shared the tension of scrambling to raise money to buy back her company at a low point in her career. It’s all there in ‘Behind The Seams’.

One thing that became apparent early on is this: Marilyn Brooks has words-to-the-wise about being an entrepreneur. And so, I created ‘Marilyn’s Maxims’ at the end of each chapter: tips about how to research, launch and sustain a business, not just in the world of fashion, but for any start up. After all, it was Marilyn who pioneered the concept of managing a vertical fashion enterprise as a designer, manufacturer, wholesaler, and retailer.

Looking back at my time spent with Marilyn Brooks, discovering her secrets and then crafting them into chapters, it was far from work for either of us. And that’s still her attitude today as she enjoys a joyful life of retirement, living in Muskoka with her husband, travelling, entertaining and painting whimsical, vibrant impressions of her extensive travels to exotic lands, such as Paris, Greece, Argentina, Morocco, Croatia, Slovenia, Mexico and Turkey.

Peter Jennings is an author of three published books and is currently writing several more. Learn more at peterjennings.me