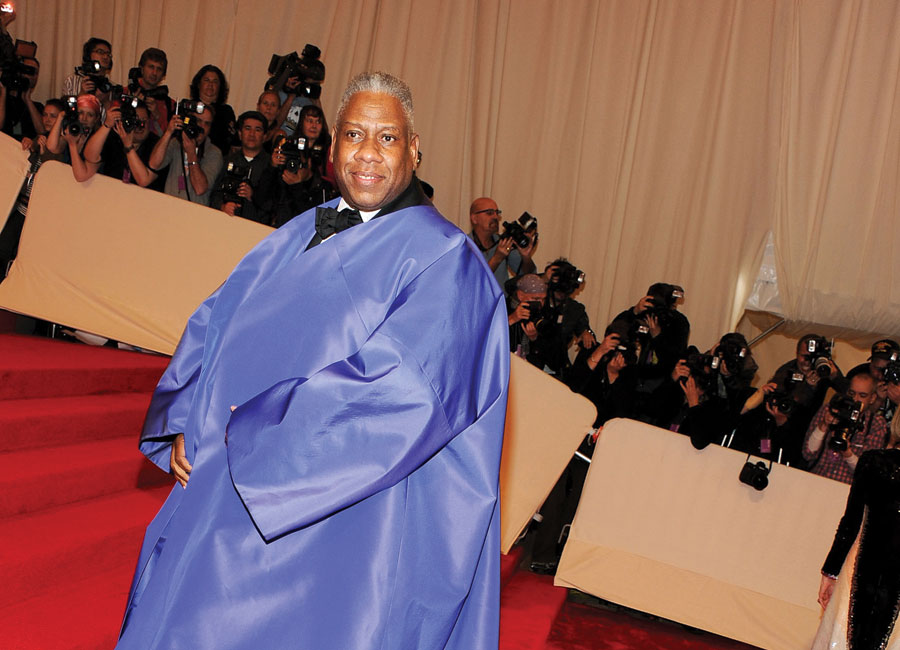 A documentary on fashion Emperor, Andre Leon Talley is set to make its Canadian debut on May 25.

Thanks to decades as a fixture at American Vogue, André Leon Talley is among the industry’s most recognizable personalities, whether he’s appearing as himself in an episode of Empire, greeting arrivals at the annual Costume Institute Met Gala, or penning recherché pronouncements on clothes and astute cultural commentary.

The intimate new documentary The Gospel According to André (opening across Canada in late May) brings us into the private world of the fashion icon. It starts at his White Plains, N. Y., home and journeys from the front row of fashion weeks back to the North Carolina hometown where he was raised by his grandmother. Past and present personal history mingles with opinions from Anna Wintour and Fran Lebowitz and a who’s who of designers from Tom Ford and Diane von Furstenberg to Valentino.

“Things just happened instinctively,” the style maven, now 68, recalls. “I was so excited to be in the world and to embrace that world. And I was very lucky to have that world of people embrace me.” Mentored by Diana Vreeland, he rose from WWD reporter to Paris bureau chief at a time when Karl Lagerfeld, Halston and Yves Saint Laurent reigned supreme and soon he was at Vogue; he’s since written books on Oscar de la Renta, the little black dress and his own affecting memoir A.L.T.

As friend Whoopi Goldberg observes, Talley is larger-than-life in every possible way – a tremendous education, a voluble personality and not inconsiderable stature as a towering 6 foot 6 gay black man.

The documentary digs further to offer if not a completely raw portrait, then at least many glimpses behind the persona. We follow him to his Durham, N.C., hometown, to a health resort where he struggles with weight and to the archives of his career memorabilia.

After years of rebuffing other offers and documentary project requests, The Gospel According to André director Kate Novack was successful where others failed because of her previous foray The First Monday in May about the making of the Costume Institute’s annual exhibition and gala (Novack co-wrote and her husband Andrew Rossi directed). Talley not only appears in that documentary (which he loved) but became its ambassador, attending screenings and film festivals on behalf of Vogue. “Kate would sit in the back of those Q&As and see how people responded,” he says, and her unobtrusive presence won him over as much as her research and preparation did.

Besides The First Monday in May, Novack and Rossi are known for documentaries about famed restaurant Le Cirque, and Page One: Inside the New York Times. If they have one thing in common, it’s that they’re all about the inner workings of storied institutions. Does Talley see himself as an institution?