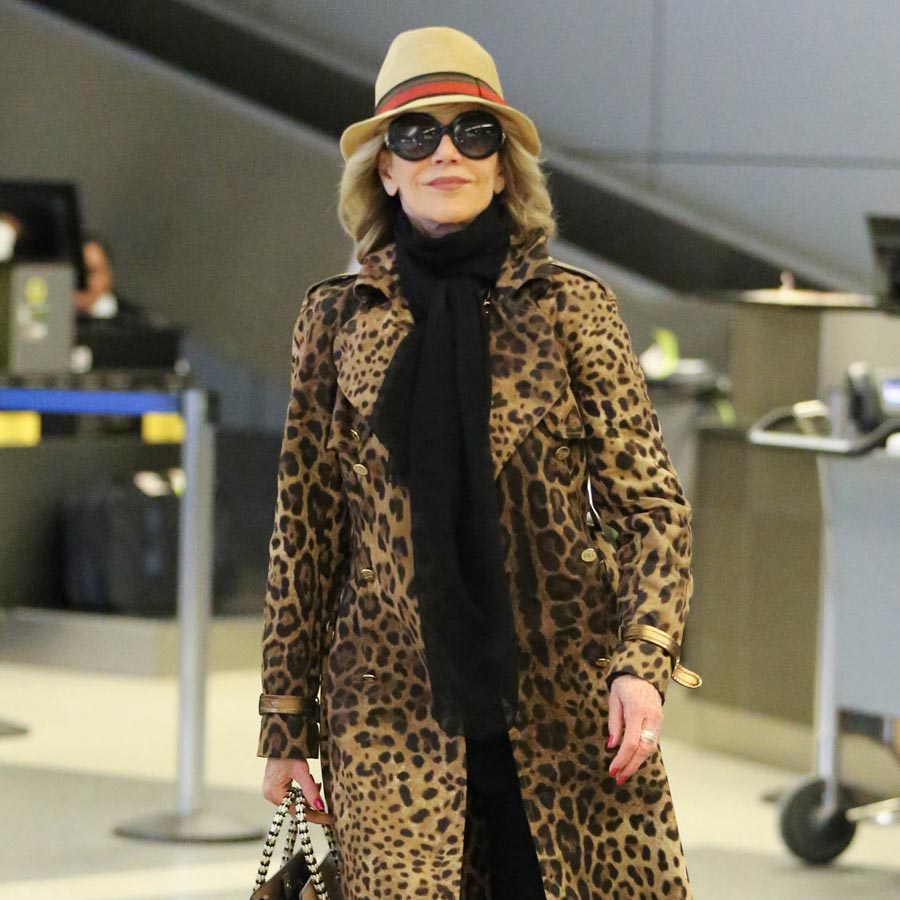 Commercial aviation is unquestionably one of man’s greatest inventions and at the dawn of the jet age, during the late 1950s, passengers showed reverence for this technological marvel by dressing with style.

This new-found ability to soar across continents and oceans in a matter of hours, whilst seated comfortably in a plush chair, sipping cocktails and dining on fine china, was considered a momentous occasion; one which called for jackets and ties for men and elegant daywear for women. People dashed from New York to Paris, London or Rome just for the weekend and in the early 60s, Vogue magazine called these early jet-setters, ‘the beautiful people.’

The glamour in an airline cabin was also augmented by the flight crew, perfectly coiffed women, who were often dressed in uniforms designed by couturiers such as Christian Dior, Balenciaga and Pierre Cardin.  It was an era when the skies was both friendly and fashionable.

But judging from today’s typical travel attire of flip-flops, tank tops and sweat pants, an airport’s departure lounge looks more like the gateway to an amusement park, beach or gym.

The main factor for this shift from chic to casual?  It began with the wide scale upheaval the industry encountered when the American government deregulated the airline industry in 1978. While this move provided many benefits for passengers with much lower fares, more choices of flights and airports, it also had the adverse effect with air traffic congestion, lengthy delays and crowded planes. Add the 9/11 terrorist attacks and heightened airport security and the air travel experience was transformed forever from a pleasurable pursuit to an agonizing ordeal.

But it looks like we are on the cusp of entering a brand new jet age – one that will aim for the final frontier – space. Flight visionaries such as Sir Richard Branson and Elon Musk are both planning to offer commercial flights to ferry paying passengers to outer space.

And Musk’s company, SpaceX made a startling announcement in April at a TED conference in Vancouver that ought to revolutionize the earth-based aviation industry the way the jumbo jet did in the early 1970s. The company said, within a decade, they will be offering rocket flights to most places on earth in under 30 minutes and at prices to rival full fare economy on a regular airplane.

Perhaps the arrival of the rocket age will inspire passengers to put some sartorial splendour back in the sky. But until that day, for better or worse, air travel will have to be endured.

Yet there are still those who know how to travel in style and comfort. So let’s take some fashion cues from  these seasoned Hollywood jet-setters. NICOLE KIDMAN Turns out a boho dress is not just for music festivals. Long and billowy in an easy breezy fabric, it’s a comfortable yet chic dress – especially in a small black and white print – for long haul travel.  Pair it with dressy flats to complete this utterly effortless look. SHARON STONE Today’s one-piece jumpsuit is fluid and has all the ease of pyjamas. If you don’t favour a one-piece for travel, you can still capture this languid look, which makes the case for wearing your pj’s out of the aircraft. Just stick to silk or all-cotton (no flannel) and in colours like navy, black or Burgundy. Elegant piping on the collars and cuffs gives it a dressy feel. When alighting from the plane, tuck the pyjama top into the pants and wrap a sweater around your waist. Finish off with leather flats or brogues and it’s a look ready to face daylight. CHER The legendary performer might play a grandmother in the upcoming film, Mama Mia! Here We Go Again, but the 72-year-old still sticks to a rock ‘n roll look – even when she’s getting on a plane. But the take-away tip from her travel outfit is the accessories. Most celebrities will breeze through an airport terminal wearing a hat and sunglasses to appear incognito. But it’s a great style trick ordinary folks can use. Sunglasses hide puffy red eyes and a big hat covers slept-in, messy hair after a long flight. But unlike Cher’s very structured hat – which she probably insisted have it’s own overhead compartment – it’s best to opt for a big soft floppy hat. You can easily stash it in your bag or not worry about it being crushed in the overhead bin. JANE FONDA Here is proof that a few simple items can create an utterly chic and effortless look. The Hollywood icon rules any red carpet with her high-octane glamorous gowns but as she strolls through the airport terminal, she’s dressed casually yet still packs major movie star wattage. What makes her outfit travel-worthy? Her top is roomy yet tailored – always easy and comfortable on long-haul flights. Her pants, while slim fitting, most likely have stretch and is always welcomed if you’re sitting for long periods. But the single item which gives the outfit that touch of jet-set glamour, is the oversized silk scarf tied rather jauntily to the side of her neck. GEENA DAVIS You can’t rely on airlines to always provide you with a clean blanket. That’s why a large shawl, in lightweight wool, cashmere or pashmina should be one of your must-have items for air travel. In a chilly cabin, you can snuggle in your oversized shawl for warmth and you can also cover your face for some protection if you happen to be stuck next to a sniffling, sneezing passenger. And of course, there is the added bonus – the fashion flair an oversized shawl around your shoulders provides, as you sail through the arrivals door.