Zoomer-Friendly: 3 Canadian Fashion Labels That Are Going Back to Basics 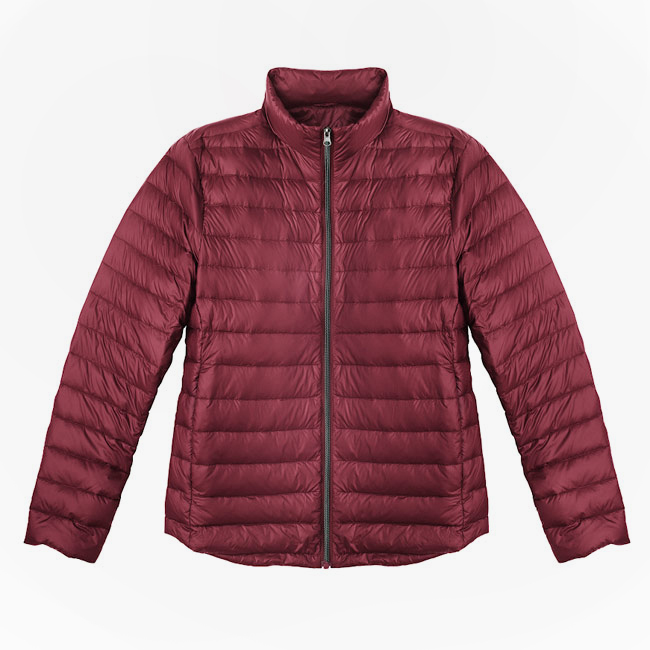 Clothing is positively screeching with bold prints, punchy patterns and a sensory overload of textures. The method to wearing this madcap milieu is to simply play mix master and artfully layer it all together.

For a true glimpse of this apogee of mad maximalism, one need look no further than the runway of one of the most influential labels today — Gucci. The look is positively carnivalesque, with a wild abandon of textures and colours and patterns, all worn together.

Lest you think this is all just runway hijinks, it has definitely seeped out onto the streets, as evidenced by the influential street style stars who parade around during fashion weeks. This particular style for excessive eclecticism is one born, no doubt, from the Instagram era. It would have you believe that dressing today is all about maximum impact for a single photograph.

But while there will always be fashion peacocks, the style pendulum looks ready to swing the other way because, percolating behind the scenes, is a return to clean, streamlined simplicity.

These are very troubling and tumultuous times and perhaps there’s a feeling in the air that the bubble of exuberance is about to burst and it’s time to tone down the extrovert outfits. Besides, it requires too much effort to get dressed with such wild abandon each day.

It’s time for a return to the soothing comfort of basics.

Chic basics is a category where Canada has shown some prowess in the past. Before it was sold to Polo Ralph Lauren in 1999, Club Monaco was a Canadian brand which specialized in fashion classics with a slight European sensibility.

Helmed by Canadian retail guru, Joe Mimran, the company brought cachet to wardrobe basics, like the simple striped tee and a perfectly fitted pair of chinos.

Then there was the bad boy of basics, Montrealer Dov Charney, who peddled logo-free sweats and tees in an array of Crayola colours with his chain of American Apparel stores. The merchandise was famously made in a sweat-shop free environment in downtown Los Angeles and with his company’s advertising, he did the near-impossible; he gave basics a hip, edgy and sexy image. But after a series of sexual harassment lawsuits against Charney and financial troubles, the once-innovative and award-winning company filed for bankruptcy twice and eventually closed all their stores in early 2017.

But with a well-timed comeback, American Apparel is officially back in business this year and offering those same staples which made it so famous in the first place with a campaign slogan touting — what else? — “Back to Basics.”

As the movement towards embracing casual staples gathers momentum once again, Canada is cooly ruling in this particular style arena as several local brands are turning out more and more appealing basics.

1. KOTN
Originally conceived in 2015 as a luxury men’s t-shirt line by three Toronto friends — Mackenzie Yeates, Benjamin Sehl and Rami Helali — the label has now expanded into a range of cotton basics for both men and women. But what sets the brand apart — they made Forbes’ prestigious 30 Under 30 list — is not only their ethically-made cotton apparel, but also their commitment to making philanthropy part of their business model.

The trio ethically source their cotton only from Egypt. Why Egyptian cotton? Often referred to as Egypt’s “white gold” this material boasts a luxurious softness that is unrivaled by other cotton harvested in other parts of the world. But this local industry has been under threat and slowly dying since most manufacturers prefer to buy cheaper cotton elsewhere. By only using cotton from this region, the company helps subsidize and keep these farms along the Nile River Delta working.

The company also helped build a school in Egypt to help alleviate the high illiteracy rate and continues to work on opening more schools, including helping fund the wide array of associated infrastructure — books, school supplies, teacher salaries, water, electricity and the maintenance of roads linking communities to these schools. 2. RYU (Respect Your Universe)
This Vancouver-based brand got its start in the blood and gutsy world of mixed martial arts before it was acquired by Marcello Leone in 2014 and transformed into an urban athletic line.

The entrepreneur’s vision for the brand was a melding of fashion, fitness and function. While RYU apparel is first and foremost performance gear, some of the pieces are sophisticated and stylish enough to wear beyond the gym. A woman’s turtleneck in grey can be easily styled with a tailored trouser and become office-ready. A men’s workout pant offers comfort and looks dressy to be worn on an airplane when travelling with work colleagues.

It’s a brand that realizes you don’t necessarily need different basics for different parts of your life — they should work seamlessly throughout your day. 3. CORE Life
This fall, Hudson’s Bay launched this affordable lifestyle brand for women and men which offers a wide array of staples from outerwear to sleepwear along with footwear and accessories — all priced under $79.99.

Designed by an in-house team, the collection adheres to the belief that everyone needs bread-and-butter fashion items — the classic crewneck sweater, the perfect turtleneck — to help round out a wardrobe. Or simply for those days when you just feel like pulling on nothing more complicated than a cozy sweatshirt dress to run a few errands.

“The great thing about CORE Life is that it truly speaks to everyone. The pieces are accessible, easy to wear and ageless,” says Jessica Mulroney, Hudson’s Bay Fashion Specialist.

“I’m so lucky that I get the opportunity to dress up on occasion because I do love fashion and trends. That said, most of my time outside of work is spent in basics at home or running around with the kids,” she says. “Life doesn’t work without these pieces in my wardrobe. It’s really a balance between basics and a four-inch stiletto every once in awhile.”

Perhaps basics never went away in the first place. Maybe they just got eclipsed by the more colourful characters in your wardrobe. But the time has come for basics to shine bright once more.