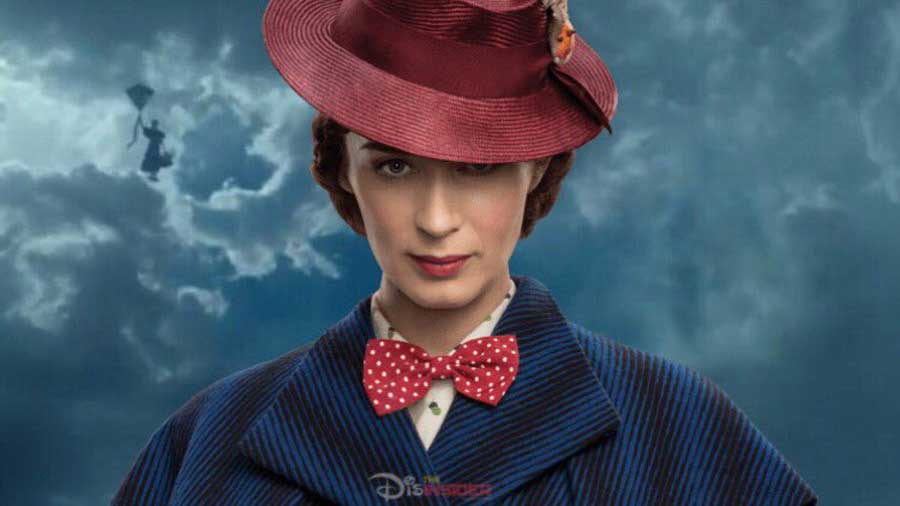 When it comes to fashion collaborations, this one is supercalifragilisticexpialidocious!

Two beloved British icons — Hunter Original, the brand of fashionable wellies, and Mary Poppins, the magical woman every kid wanted for a nanny — are teaming up this holiday season for a limited edition collection of accessories to celebrate the Disney’s film, Mary Poppins Returns. The highly anticipated movie opens Dec. 19 and is a sequel to the 1964 classic, Mary Poppins, which starred Dick Van Dyke and Julie Andrews, in her film debut, playing the titular nanny with a penchant for song and dance who was employed by an Edwardian era London family.

Hunter, the 160-year-old British heritage brand — and holder of two Royal Warrants of Appointments — splashes the outline of the distinctive silhouette of Mary Poppins — the full-skirted dress with an umbrella and carpet bag in hand — in a variety of colourful ways on rubber boots, umbrellas and backpacks for women and kids. It’s not instantly recognizable but stare long enough at the patterns and you’ll see the floating Mary Poppins. From a distance, the print could also pass for cameo. A wise design move on the part of Alasdhair Willis, creative director of Hunter, since this not only appeals to the kiddies but also the adults and gives the items longevity beyond the new film’s release.

However, ardent fans of the original movie will notice that the umbrellas do not feature a parrot head like the one Mary Poppins used in that film. But this inspired collection does feature a roomy carpet bag in the similar shape the famous nanny used, except this modern-day version looks rubberized – one of Hunter’s hallmark design materials. It is a brand known for their wellies and rain gear, after all.

The Hunter x Disney collection is available online and also at the Hunter Original store at Yorkdale Mall in Toronto.