Front Runner: How Sneakers Have Gone From the Street to the Boardroom 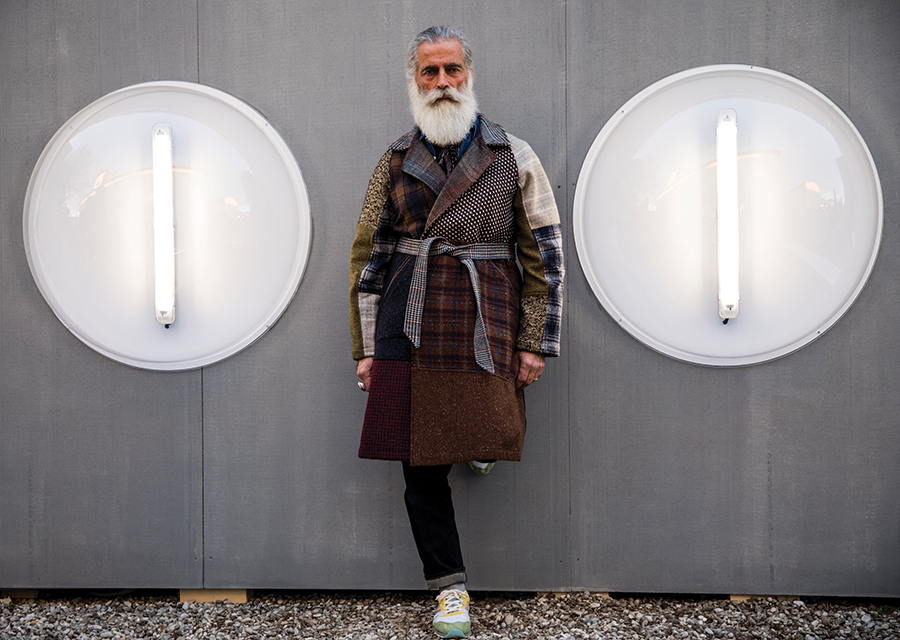 The ultimate 24-7 fashion item, sneakers now go from the street to boardrooms and black ties

There is a scene in the 1988 movie, Working Girl, where Melanie Griffith’s character, Tess McGill, the Staten Island Ferry commuter, arrives at her secretarial job in Manhattan and removes her footwear — white Reeboks and tube socks — and slips into a pair of pumps before meeting her male boss. Like many working women in the 1980s, sneakers were the comfy footwear of choice to commute. The scene not only accurately captured the era’s sexist corporate culture and rigid office dress codes but also a fashion footnote: sneakers were verboten in the corporate world. But while the wolves of Wall Street are still holding out on allowing them in the boardroom, they are the footwear of choice for the new money makers. The cubs of Silicon Valley — Mark Zuckerberg et al — following in the footsteps of ’70s Hollywood powerbrokers like Steven Spielberg and David Geffen — have shown the world you can run a billion-dollar empire dressed in cool sneakers.

Today, sneakers have shattered the sartorial glass ceiling, to become the ultimate 24-7 wardrobe workhorse. And they are treading new and hallowed ground.

Celebrities wear them with tuxedos on the red carpet. Even the most staunch traditionalist — the bride — will don a pair under her gown to twirl on the dance floor. Tennis star Serena Williams not only wore bedazzled Nikes at her own wedding but also wore Valentino sneakers under her evening gown to an event shrouded in palace protocol — the evening wedding reception of Prince Harry and Meghan Markle. At 2019’s black-tie Canadian Arts and Fashion Awards, fashion journalist Bernadette Morra wore Santoni sneakers as she posed with the Duchess of Sussex BFF Jessica Mulroney.

As far back as the ’50s, movie stars like James Dean were making Chuck Taylors fashionable, but sneakers didn’t become the Goliath footwear category until the 1980s, thanks to one man, Michael Jordan. When Nike signed the Chicago Bulls basketball player and launched the 1985 Air Jordan I, an icon was born, and the sport shoe was turbo-charged into pop-culture prominence — remember Run DMC rapping about their Adidas? The shoe finally made it all the way to fashion’s summit — when the late Karl Lagerfeld sent sneakers down the runway at a 2013 Chanel Paris haute couture show.

And if you truly need proof of literal religious fervour behind this style — the Instagram account @PreachersNSneakers features American church leaders decked out in some of the hottest — and most expensive — sneaker brands.

Of course, with ubiquity comes the pursuit for the unique. Sneaker designs today are a far cry from the original mass-produced sneaker back in 1917, the forerunner of the Converse All Star. They are now technological marvels bearing exotic skins, futuristic neoprene, featherweight Flyknit and slathered with all manner of embellishment from padlocks to chunky chains to the plumes of feathers sprouting from this season’s Valentinos. The fashion pendulum may be swinging back to clean, simple designs, but the big trend now is supercharged by Louis Vuitton and Balenciaga and takes its cue from an unlikely source — the “grandpa shoe,” which is inspired from the orthopedic-looking chunky ones favoured by the mature set. Ironic, indeed, for as the Paris-based shoe designer, Pierre Hardy, 63, who recently paid a visit to Holt Renfrew says of sneakers, “Nothing makes you feel so youthful.”

Check out a selection of the newest styles below.

A version of this article appeared in the September/October 2019 issue with the headline, “Front Runner,” p.28-29.