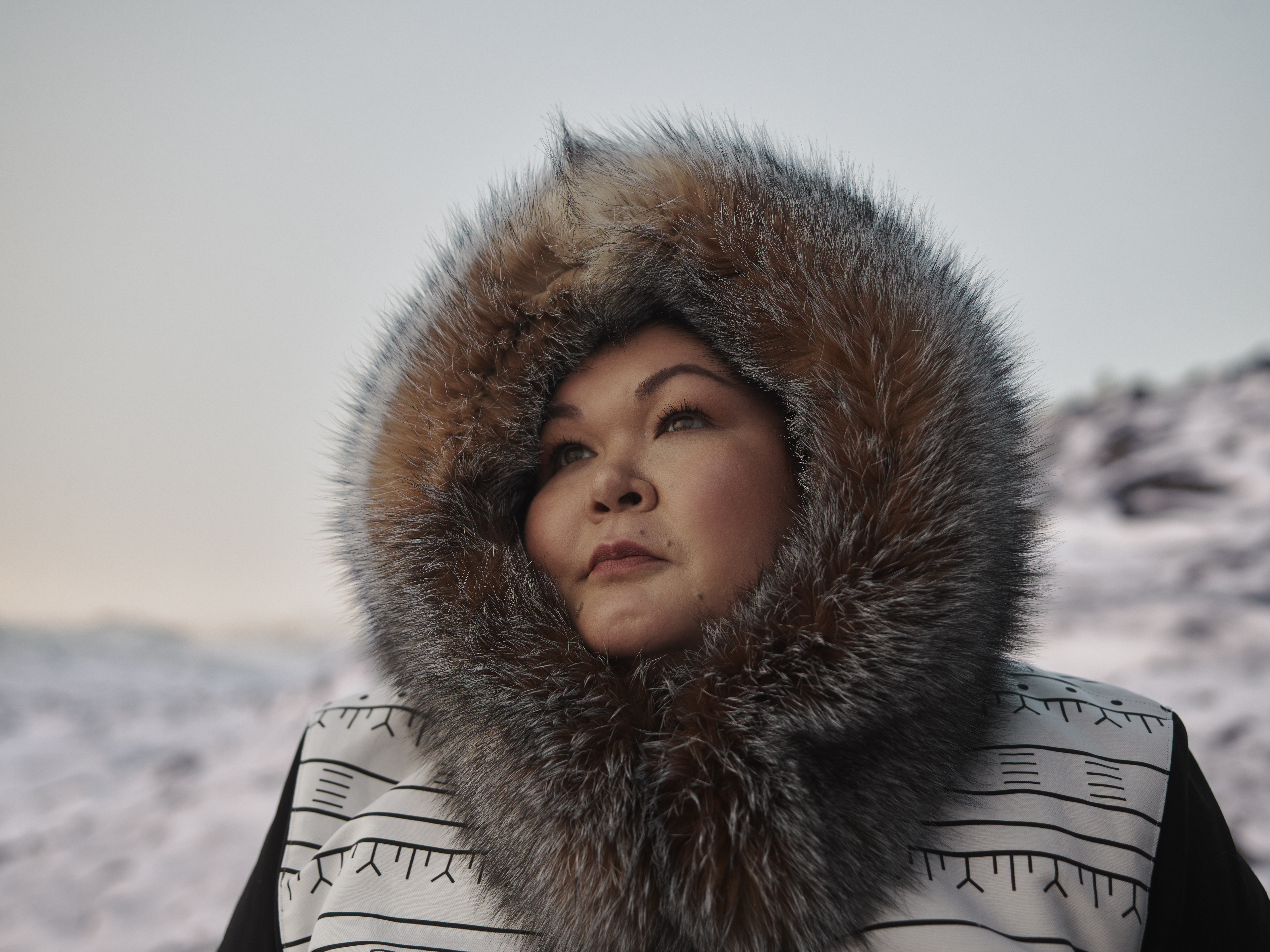 In January, Olivia Tagalik left her hometown of Rankin Inlet, Nunavut, for her first visit to the bustling fashion metropolis of New York City.

“Yes, it’s a very different lifestyle,” she says, laughing at the contrast between the Big Apple and the remote, fly-in community of about 3,000 people on the northwestern shore of Hudson Bay. “The pace is different. Nobody is in a rush, and it takes five minutes to get anywhere.”

The 33-year-old native of the Inuit community about 300 kilometres north of Churchill, Man., designed a parka for Canada Goose, a challenge any young designer would covet,  given the international exposure. The Toronto-based outerwear label is a global powerhouse that makes the highly desired parkas and puffer jackets worn the world over, from actors and directors at the Sundance Film Festival to scientists working at the South Pole.

Tagalik was one of 18 female Inuit designers recently feted at a cocktail and dinner party in New York for the launch of Canada Goose’s second collection of hand-crafted parkas designed for Project Atigi, the social entrepreneurship program it established last year. The company commissioned designers from all four Inuit regions of Canada – Inuvialuit in the Northwest Territories, Nunatsiavut in Labrador, Nunavik in Quebec and Nunavut – to create a parka that reflected their heritage and communities. Each designer made five coats that are selling for $2,500 each in select Canada Goose stores in North America and Europe as well as online, with all the proceeds going to Inuit Tapiriit Kanatami, an Ottawa-based non-profit that aims to improve the health and well-being of more than 60,000 Inuit.

The designers are mothers, grandmothers, teachers, nurses and entrepreneurs, and all share a passion for sewing. The Inuktitut word “atigi” means “parka,” and their expertise in making the original version of the popular urban coat is born from necessity, since they live in a formidable climate. On the day Tagalik was in New York, the temperature back home  was -50C.

Canada Goose supplied each designer with the water-resistant outer material known as Arctic Tech fabric, the synthetic, insulating Primaloft lining, the fur trim and notions, but they were given carte blanche to craft their bespoke designs in any manner. “It was not like Project Runway,” says Tagalik, who makes sealskin mitts and slippers to order when she is not working in the nearby gold mine.

The collection has a level of fashion forwardness that would not look out of place on any international runway.

“As seamstresses, that’s what we strive for – it can be on par with anywhere.”  Tagalik proudly notes in an interview at the New York launch.

One winter-white coat with black trim has a cut-away tail reminiscent of men’s formal morning suits. Another design features a pretty, ruffled hemline, debunking the notion that a winter coat can’t be ultra feminine. Then there’s the parka with the regal air that looks like it was inspired by a Mountie’s red serge  jacket, as well as two that sport the popular pattern of the urban survivalist – army camo.

Tagalik wanted to make a parka designed for the North, so the back is cut longer so wearers have something warm to sit on and zippered pockets keep belongings safe. But the coat also features strips of delicate blue lace on the back of the tough, high-tech outer shell, as well as an embroidered strip of blue fabric.

The lace trim was sourced on the internet, and shipped to her home. Thanks to the modern convenience of online shopping, the tentacles of Amazon and FedEx can reach to the remote regions of northern Canada.

“The culture we live in now are more accepting of creating things and blending tradition and modern,” she explains. “There are so much more materials now – materials from outside and not just within our community – and I think that’s a big influence in what people are creating.”

And style has seeped into the great, white North. “These are modern days we are living in now,” adds Tagalik. “We are not creating something just for survival only – it’s survival plus fashion.”

Please see below for a selection of parkas from the Project Atigi collection. For availability, go to canadagoose.com.