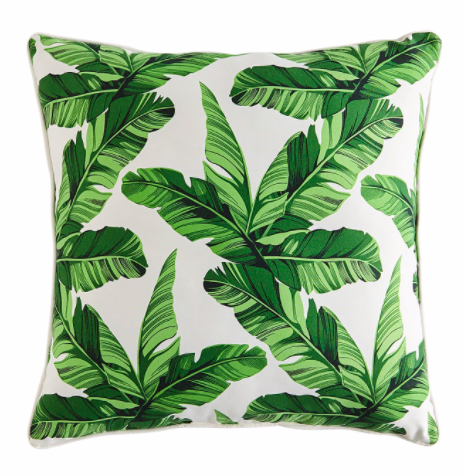 If you want to freshen up your sofa and chairs with some new throw pillows, there’s an entire wall of them at the Leaside Pier 1 Imports, one of 450 stores that will close March 23. Photo: Courtesy of Pier1.com

When the news broke last week that Pier 1 Imports was filing for bankruptcy protection in the U.S., I was startled, but more by the fact they are still around. Back in the 2000s, I was a fan of the home decor retailer. They had a store in downtown Toronto across the street from the Eaton Centre, and I would often pull merchandise to feature in a shopping column.

Based in Fort Worth, Texas, Pier 1 was popular for inexpensive furnishings and home decor imported from Southeast Asia. Like the name suggested, it reminded me of a grand bazaar of exotic goods from far-flung destinations. But the downtown store closed and they moved to more distant neighbourhoods. Since I had never seen an ad or marketing campaign, I assumed they were no longer doing business in Canada.

I decided to pay a visit to one of their Toronto locations to see if I could score a bargain as the death knell sounds for the Canadian stores, which will be shuttered by March 29.

When I entered the Leaside store on bustling Eglinton Avenue East, I was expecting a barn-burning frenzy of shoppers jostling to pick over the remains. With 20 to 40 per cent off, most shelves were still packed. I asked a sales associate – they still wear those blue aprons – about deeper discounts. She suggested there might be more price cuts closer to the end of March.

If your decor instincts lean towards traditional and classic, it would be worth a trek to a Pier 1 store near you.

I was taken aback at how unchanged the merchandise was from the last time I visited almost two decades ago. They were still stocking rattan furniture, which remind me of the The Golden Girls set. And when I saw the palm-frond print pillows, I was having flashbacks to Blanche’s bedroom.

Throw pillows are definitely a category they believe in – there was an entire wall of shelves stuffed with cushions in a variety of fabrics from faux fur to seasonal Easter prints. With this staggering array, you could enliven your sofas and chairs with some bright colours and prints.

If you are considering replacing threadbare carpets and rugs, it’s worth looking at the hand-woven carpets from India. I admired a taupe-coloured rug that featured thick, rope-like fibres, priced at $299 before a 40 per cent discount.

I’m fairly certain I’ve never encountered a store with so many candles; the rainbow of colours and a dizzying amount of scents left me wondering how anyone could settle on just one. They’d make great hostess gifts, and the extra-large candles-in-a-jar looked luxurious and expensive.

Pier 1 has been struggling to compete with online retailers like Wayfair and Etsy. Last month, the company announced it would close up to 450 stores as it prepares to sell the debt-laden company.

Which brings me to prices. Even at the current discounts, Pier 1 still doesn’t beat HomeSense or Winners. I looked at a single wine glass at Pier 1 priced at $15 – before a 20 per cent discount – and I remembered seeing a box of four crystal wine glasses at HomeSense for $24. Scented candles in jars at Pier 1 were regularly priced at $25, while at Winners, you could find similar products for $12.  But if, as the sales associate hinted, bigger markdowns are to come, there may be some bargains to be had.

I saw the beloved Pier 1 classic: the Papasan, a large rattan-based chair that looks like a scooped-out melon lined with a giant, stuffed cushion. Pier 1 first brought these to North America in the 1960s and they instantly became one of their bestsellers.

With their comfy, oversized padding and lightweight base, these would look great on a deck at a cottage.

I began to understand Pier 1’s woes. In today’s super-charged and highly competitive retail landscape, the company did not keep up with the times. Despite the fact I hadn’t visited one of their stores in almost two decades, it still looked the same.

Pier 1 Imports started as a single store in California in 1962 catering to hippies looking for beanbag chairs and incense and grew into a behemoth international retailer with stores as far away as Australia. In the 2000s, one of their tag lines was “From Hippie to Hip,” but now they just look hapless.

As an employee announced the store was closing for the evening, I found myself compelled to buy something. I was looking at a horse head sculpture on sale for $25 and, for some reason, decided I need a touch of equine chic in my life.

As I made my way home, the metal sculpture growing increasingly heavier by the minute, I asked myself a couple of questions.

Do I ride horses? No. Have I ever shown an interest in horses? No. Do I have anything remotely equine in terms of decor at home? No.

But now I have in my possession a 16-inch tall metal horse head (similar to the one shown above) and have to find a place to display it. That’s one of the problems that lie in wait for shopping vultures like myself. Sometimes you don’t find a bargain, but you end up with something you didn’t bargain on buying.

All sales are final, so no exchanges or returns. Check your receipts before leaving the store.

If you do visit one of the stores and make a big-item purchase, such as a chair, factor in the added delivery charges to decide if it’s worthwhile. While the store does not offer delivery, they will offer a third-party delivery service, which charges a flat delivery rate, depending on your location.

The website in Canada no longer allows shopping. You can shop the American site, but you need a U.S. address for shipping.  There are 67 Pier 1 locations across Canada. The Canadian website, pier1.ca, still allows you to enter your postal code to find the locations closest to you.