How to Grow Peas 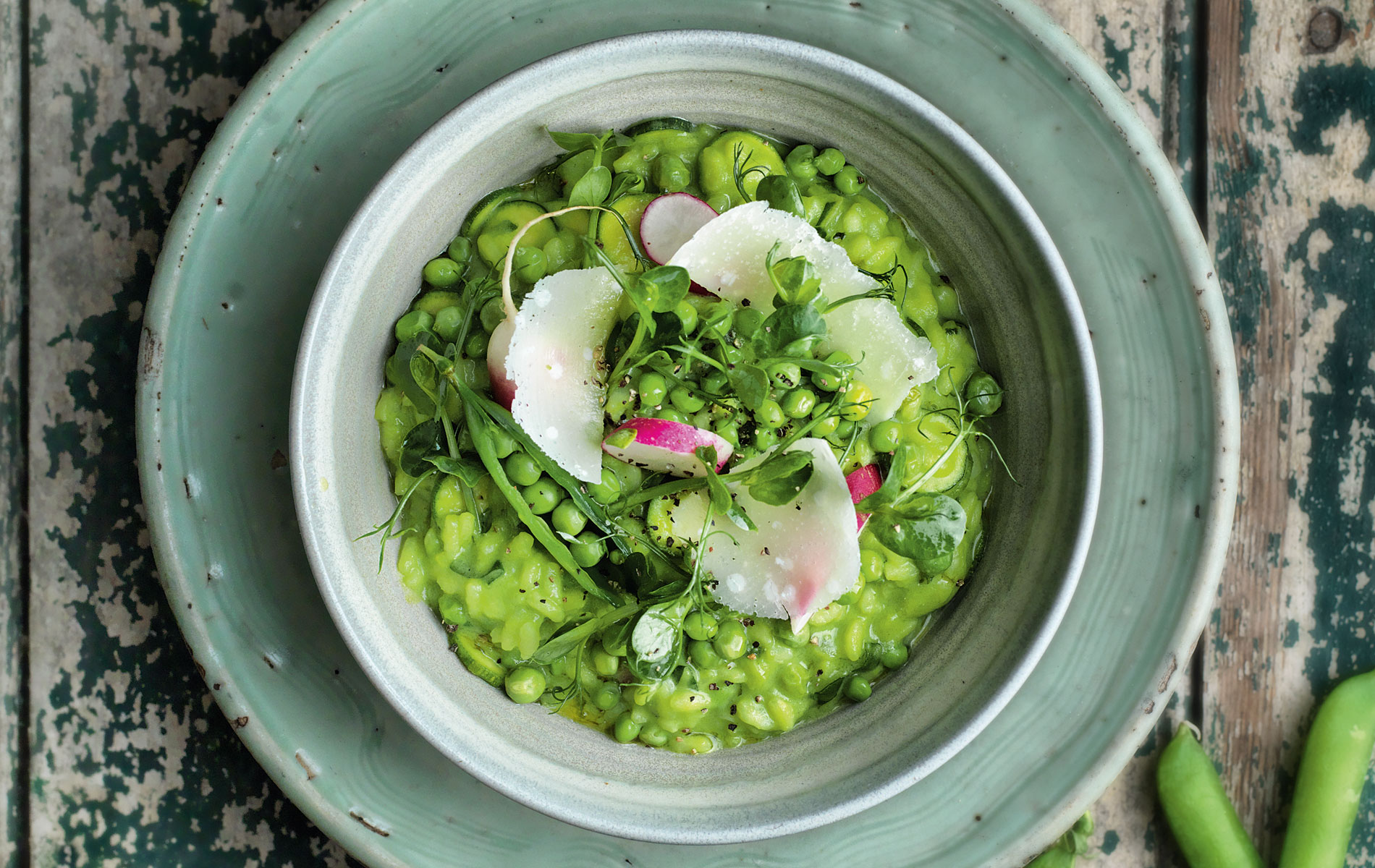 It’s a match made in foodie heaven: the Michelin-starred chef Raymond Blanc paired with the earthy delights of London’s Royal Botanic Garden at Kew. In his book based on the BBC TV series, Kew on a Plate: Recipes, Horticulture and Heritage, Blanc makes the most of his relationship with this scientific organization. Started in 1759 as an herb garden, Kew has grown into a world-renowned collection of plants and excels in conservation and sustainable development.

In 2014, Blanc collaborated with Kew to create a 300-acre walled kitchen garden – something not seen at Kew since Georgian times – planted with heritage varieties of fruits and vegetables. “The kitchen garden project,” he writes, “… is a testimony to the pleasures of fresh seasonal food … focusing on select heritage varieties … [and] contributing to conserving the all-important biodiversity.”

Like potatoes, shelling peas can be early or maincrop. Early varieties can be harvested in around 11–13 weeks after sowing while maincrop varieties will take around 15 weeks.

While most peas need to be sown in fairly warm temperatures, sometime between March and June, some of the hardy varieties of shelling pea being grown at Kew, such as the low-growing Douce Provence and Feltham First, can also be sown in mid-October to November if the weather is mild. These grow over winter and produce an early harvest from May onwards.

In the autumn/winter before planting, dig some rotted manure into beds that are in a sunny area of the garden or have dappled shade.

Edible-podded varieties are sown at the same time as shelling peas. Mangetout are best harvested while the pods are still flat, whereas sugar snap peas should be left until semi-mature, when the peas inside the pods are beginning to swell.

Shelling peas are often divided into ‘wrinkle-seeded’ varieties, which tend to be sweeter, and ‘smooth-seeded’ types, which are often hardier but contain less sugar.

Although peas (including mangetout and sugar snap peas) can be sown directly into the ground, mice love them and will ravage the tiny plants given a chance, so ideally start off your seeds during February/March in a greenhouse or on a windowsill. Peas produce quite long roots, so to avoid disturbing them when you transplant them to the garden, rather than planting in pots, use trays of deep modules, or ‘root trainers’, which open out like a book. Or, if you happen to have a length of drainpipe to hand, you could cut it in half lengthways and use each half as a container for planting, which will allow you to just slide off the seedlings into the beds later.

Push the seed no deeper than 5cm into compost, cover with more compost and water in.

Plant out the seedlings when they are 15–20cm tall, no higher, as the more top growth, the more stress they will feel when transplanted.

The growing peas will need to be supported. For low-growing varieties, you can just use hazel pea sticks. Taller varieties can be supported by runs of canes with netting stretched across them, however they look most beautiful supported by cane teepees as at Kew.

For the tallest varieties you will need canes of about 2.5m for your teepees. ‘Put them in before planting, to avoid disturbing the roots later,’ says Joe. ‘Place your canes in a circle, spacing them out evenly at around 15cm intervals, then tie them together at their tops. It is a good idea to put in some little hazel pea sticks or twigs between each cane, so that as the plants grow, their tendrils can latch on to them.’

Once the teepees are in position, plant your peas in a single or double circle of drills (furrows made in the soil) around the outside of the canes – the drills need to be 4–5cm deep and the seedlings roughly 5cm apart.

Keep the bed weed free and do not overwater before the plants flower, as this encourages more leaf production. Once the flowers appear, water will help the pods to develop and swell.

All peas need to be harvested regularly to encourage more pods to be produced. The pods on the lower part of the plants will mature first, so begin harvesting these and work your way up as the pods mature. ‘If you stop harvesting, the plant will stop producing.’ says Joe.

Late in the season the leaves of maincrop varieties can be affected by mildew, which causes them to discolour or turn yellow, especially if the plants are growing in a damp environment. Remove affected leaves and avoid overhead watering.

At the end of the season cut back leaves and stems, which can be composted. Dig in the roots which will break down and release nitrogen into the soil for a crop of a different vegetable to be grown in the same space the following year.