The Reluctant Gardener: How TV Writer Ellen Vanstone Finally Discovered the Perks of a Green Thumb 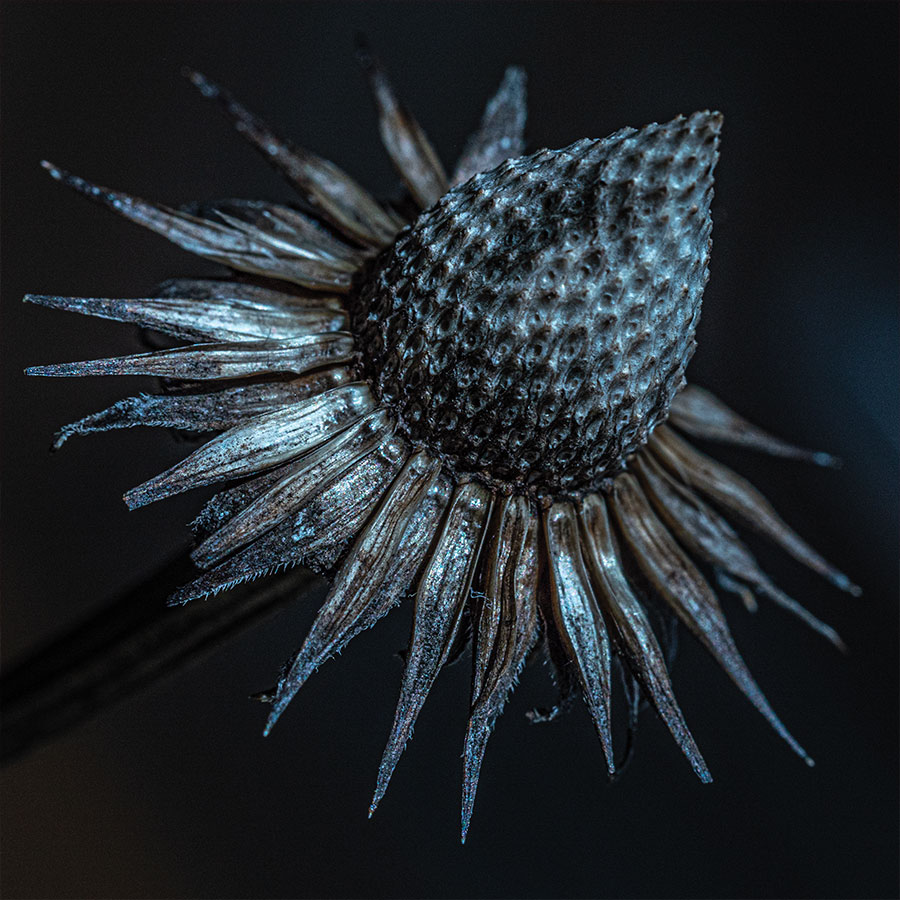 As she battles insidious intruders in the wasteland known as her yard, Ellen Vanstone’s thoughts turn to murder. Photo: Yuri Dojc

I’ve never gardened. I’ve never much thought about gardening, beyond considering it a fine occupation for elderly gentlefolk in cosy English murder mysteries. In fact, my first real gardening conversation ended with a discussion about how to plan the perfect murder after thieves raided a community garden at the end of my brother’s street in Winnipeg last year. My excuse is that years of writing TV procedurals have trained my mind to think in terms of homicidal scenarios. I don’t know what my brother’s excuse is, but I will say that he works in IT for the Manitoba government.

My point is, though I fit firmly into the gardening-boomer demographic — vaguely retired, somewhat interested in a healthy lifestyle, recently relocated from a condo in Toronto to a Winnipeg bungalow with a small yard — I had zero interest in growing stuff.

Unfortunately, not everyone around me shared my anti-gardening views.

My sister, who lives around the corner, kept pointing out the vegetable-growing potential of my sun-bathed frontage — with an unmistakable subtext of how sinful it would be to ignore this opportunity to thwart global food corporations and grow local organic foodstuffs (our background is a vigorous cross-pollination of progressive proselytizing and Catholic guilt-tripping). In the brand new house to the right of mine, the mom, dad and two incredibly well-behaved kids were constantly raking, digging, seeding and planting every inch of their new black earth, while, in the pristine reno to the left, the owner somehow maintained a perfect lawn whilst never actually appearing outside.

Sitting between them was my sorry lot. The house — a bargain-basement teardown that I’d bought three years ago on a whim, then couldn’t actually afford to tear down — was bad enough, with its crumbling foundation, squirrel-infested roof and the porch hanging drunkenly off the main structure like it would make a run for it the second I dropped my guard. The surrounding yard was even worse — a patchy, littered mess that made Dogpatch look like Kew Gardens.

The first year, I dragged away the broken bits of fence, old appliances, disintegrating furniture and ignored any remaining plant life, though “life” might be overstating it. The yellowed, balding lawn had long given up the ghost. Half the front yard was choked by a sprawl of dead juniper bushes, their gnarled black limbs maintaining an impressive death grip on a variety of plastic bags that not even prairie gales could shake loose. A stunted elm leaned against the house, its dying branches reaching feebly across the shingles to clickety-clack against the twirling metal cap of my roof vent, turning my cute bungalow into a giant, screeching noisemaker.

The only greenery was a proliferating army of Manitoba maples, a species I soon learned was considered the trash tree of the Prairies, a weak-wooded, twisted abomination that sheds branches like dandruff every time there’s a stiff breeze. If you cut one down, its zombie-like suckers will penetrate concrete and take apart your foundation. Bring it on, I thought. Might save me some dough if I ever go ahead with that demolition.

Privately, I considered my property’s lack of curb appeal to be a security feature — surely no one would burgle such a pathetic, neglected home. At the same time, I realized my neighbours might not see it that way. So, during my intermittent residency the first couple of years, I cultivated excuses not to garden. Why waste money on landscaping if I was going to tear down and rebuild? When the second summer rolled around with no rebuild in sight, I talked about how lawns were environmentally unfriendly, and wouldn’t it be better if we all went back to natural prairie grasses and wildflowers? I even went out and bought $100 worth of seeds for native plants, which I hurled at the ground before heading back to Toronto for the rest of the year.

Not a single bud or blade of grass appeared. My sister tactfully explained, as if to an idiot, that it was best to kill off old foliage, prepare the soil and water new plantings, which sounded like a lot of work to me. I thought native species were supposed to be hardy. Get with the program, all you wild ryes and fescues and needle-buffalo-wheat-sweet-switch grasses!

By the fall of 2020, thanks to COVID-based inertia, I ended up residing in my prairie home full time. With leaves from Manitoba maples forming giant, sodden piles around my yard, I felt guilty enough to Google “rakes” (there’s a surprising variety), only to discover the Nature Conservancy of Canada advised against leaf removal. I became an instant expert on how piles of mouldering leaves provide a comfy winter shelter for small animals, retain seeds and insects for migrating birds, and produce a rich mulch for spring plantings.

But somehow, as the long Winnipeg winter thawed into a snow-blown prairie spring, my anti-gardening stance started to weaken. I don’t know if COVID isolation broke me down, or I just got tired of my own rich mulch of evasive bullshit. Part of the allure was self-interest. Study after study shows gardeners live longer, healthier lives due to increases in vitamin D exposure, exercise and social contact.

Another part was my sister’s clearly superior tactics in exerting her will over mine. Among the trays of herbs and seedlings she’d started inside for her own garden, she showed me some basil plants she’d set aside for my porch. All I had to do was buy containers and potting soil. I shrugged. Yeah, sure, maybe, we’ll see, I have my own ideas for the porch, etc. Hmm, she said, gently crushing a basil leaf to release the volatile aromatic compounds that make herbs so intoxicating and heavenly and absolutely irresistible.

I bought containers and soil. I called a tree service and had the sickly elm and rabid Manitoba maples removed. I hacked out the dead juniper bushes, raked up leaves and spent another $100 on supposedly idiot-proof hostas and coneflowers.

The results so far have been mixed. My herb-filled porch is an unmitigated success, while a few mysterious green things have emerged on the lawn. I’m not sure they’re the ones I planted, but I’ll take the win.

As for the dandelions that prevail over all else, I’m ready to argue that Taraxacum officinale is not a weed at all, but a botanical miracle plant we should all revere. Believed to be brought over by the Mayflower Pilgrims as a medicinal plant in 1620, it’s now proven to have leaves that are full of antioxidants and contain more vitamin A than spinach and more vitamin C than tomatoes, along with high amounts of iron, calcium and potassium. Its deep roots aerate the earth and help reduce erosion. The jolly yellow flowers are a crucial food source for bees, butterflies and moths. And if you blow the fluff into the wind when they go to seed, who’s to say your wishes won’t come true?

I don’t know if I’ll keep it up — gardening is hard work, with not much reward for those of us with short attention spans. But if nothing else, I now have a variety of dug-up areas in my yard in case I ever have to hide a dead body, you know, for research purposes, in case I ever write one of those cosy murder mysteries.

A version this article appeared in the August/September 2021 issue with the headline “The Reluctant Gardener,” p. 84.

8 Books That Dig Deep into Gardening

Gardening With Arthritis: 11 Tips to Tame the Pain