Buy Nothing Day: The Antidote to Black Friday Consumer Madness … 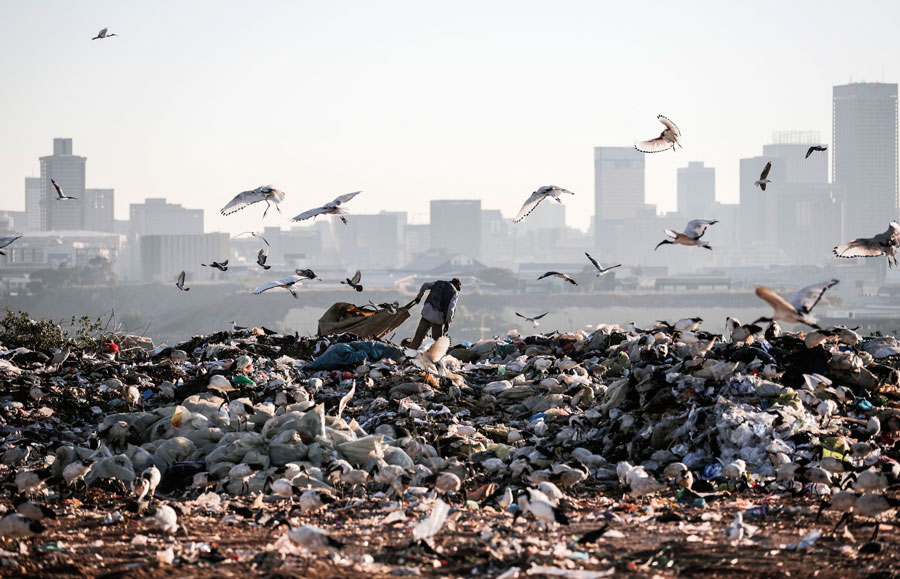 Aside from the stampeding crowds at big box stores, the Canadian adoption of the American post-Thanksgiving sale known as Black Friday appears to be complete. According to the Retail Council of Canada’s 2019 annual holiday shopping survey, 43 per cent of respondents planned to purchase items on Black Friday — up from 40 per cent the previous year — while only 34 per cent of respondents had plans to shop on Boxing Day. Those changes in consumer habits are reflected in the numbers from previous Black Fridays. Interac Corp. recorded jumps in debit transactions on Black Friday of more than four per cent for the past three years, while the total amount spent increased year over year as well.

Like most mainstream trends, however, Black Friday inspired a contrarian movement, with some would-be consumers putting their wallets away to mark what they call Buy Nothing Day. Here, we revisit Jim Slotek’s exploration of this antithesis to Black Friday.

A stark scene in Jennifer Baichwal and Edward Burtynsky’s revelatory 2006 documentary Manufactured Landscapes showed a mountain of computer parts in China from around the world. About half the world’s e-waste ends up there.

There, locals, mainly women, get paid $3-5 a day to scrape motherboards for rare earth metals and other salvageables. The rest does its damage. The water table contains toxic levels of cadmium, lead and mercury.

There lies a quarter century of our participation in the digital revolution, PCs, iPods, tablets and, of course, smartphones. In every case we are pressured to buy the latest one, sending our old ones (who knew?) on the proverbial slow boat to China.

This Friday is what is now known as Black Friday, both in the U.S., where at least it logically follows their Thanksgiving, launching the Christmas shopping season, and in Canada and the U.K., where it’s been heavily pushed in this decade by online retailers like Amazon. Black Friday is now accepted as a shopping holiday here too, with TV ads for big box chains (although generally without the trampling of babies and breaking of doors by bargain-hungry mobs that annually dominate the American Black Friday news reports).

There are a lot of dubious things we embrace from our neighbours to the south — including reality TV shows, fast food chains and auto-tuned pop stars. But a day dedicated to buying new stuff cheap, in a world that’s already choking on our old stuff, seems completely wrongheaded (especially when we already have Boxing Day for that purpose).

But we Canadians haven’t completely sold our halos in return for iPhones whose batteries are programmed to die just in time for the next model. Friday is also designated as Buy Nothing Day, a day invented in the 1990s by Vancouver artist, Ted Dave, and embraced by Adbusters, which has promoted it into a recognized day of anti-consumerism worldwide.

The event has its own Facebook page and is said to have more than 3,000 chapters worldwide. Mostly, they simply suggest you find a better way to spend the day than at the mall (though there have been demonstrations where participants push an empty cart around for hours).

Our attitude toward “new stuff” does seem generational. Many boomers had parents whose generation faced real hardship, and lived frugally, even when they reached comfortable levels of income. My dad believed there was nothing broken that couldn’t be fixed, with the result that I knew how to repair our old TV at age nine.

And now, of course, Canadian households are carrying record amounts of debt, and there’s almost nothing worth fixing. A cheap ink-jet printer at $40 costs a fraction of the price of the replacement cartridges you’d end up buying. Crunching the numbers, you could literally just throw out that printer as soon as you empty the cartridges that came with it, buy a new one and come out ahead. Heads up, China!

Not buying things is heresy in some quarters, of course. After 9/11, President Bush famously said the best response to the terrorists was to “go shopping for your families,” adding in one speech, “Get down to Disney World.” The irony of saying this after being attacked by religious extremists who believed Western culture was godless and materialist was lost on the President.

But there are moderates within the Buy Nothing Day community who believe you can shop ethically on that day, provided it’s at local small businesses — the kind of “mom and pop shops” that get hammered by all the a-MAZE-ing big box deals that drive Black Friday crowds into Day of The Locust mode. Even the event’s inventor, Ted Dave, had reservations about moving Buy Nothing Day from its original September date to Black Friday, since he didn’t want it to be perceived as “anti-Christmas.”

Not buying anything could be a tall order though. In 2006, the same year as Manufactured Landscapes, Judith Levine wrote her best-seller Not Buying It: My Year Without Shopping. It detailed a year during which Levine and her partner Paul forwent all but the most necessary purchases. No restaurant meals. No Starbucks. No concerts. Levine detailed the experience of free poetry readings at her local library as entertainment, and, yes, endless hours of reading borrowed books.

But she had to overcome inevitable boredom, and a certain dread that she was somehow “missing out” by not being out there, sharing the experience of spending money with her fellow humans.

That dread is not shared by my sixty-something friend Scott, who was laid off at the newspaper we worked at, and has always lived like every day was Buy Nothing Day. All he ever wanted was a cheap basement apartment, his books and his music. When we unionized and were looking at a strike vote, employees were polled on how long they could go without income. Most said, “a pay-cheque or two.” Scott thought about it and said, “Oh, I don’t know. Maybe a year, a year and a half.”

Since leaving the paper, he bought a place in rural Gatineau, Quebec, where he and his brothers discovered a few chickens equal tons of eggs, that a deer, nicely dressed and frozen could feed you for the winter, that there’s nothing wrong with an old flip-phone, and that dial-up Internet is still available for pennies.

He remains one of the best-read people I know, and he’s contributed almost nothing to that landfill in China. But his knowledge of Ariana Grande leaves much to be desired.

Frugal Tips for the Holiday Season