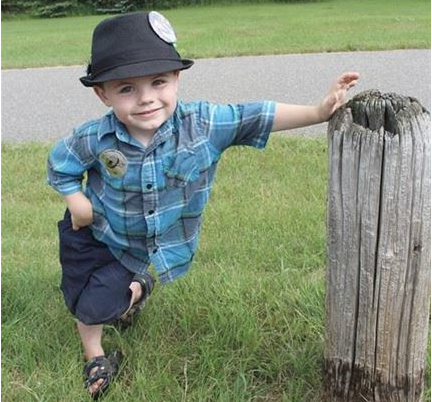 If the mayoral vote were based on cuteness, Bobby Tufts would win every time (with all due respect, apparently, to Calgary’s Naheed Nenshi). Sure, Bobby is only four years old, his town of Dorset, Minnesota, doesn’t actually employ a local government (the population is 28 people), and he was “elected” via having his name drawn from a hat.

Still, the pint-sized politician has a girlfriend named Sophie, his own business card, and, according to this article, “Bobby’s major act as mayor so far has been to make ice cream the top of the food pyramid.” So far this kid sounds pretty good, especially considering the sad state of Canadian mayors in recent months – highlighted of course, by Toronto’s Mayor Rob Ford. Let’s try a little side-by-side comparison, shall we?

Ford: Wears a signature scowl whenever the issue of bike lanes comes up.

Quotable Tufts: “I would love to be your Mayor as much as I love Sophie.”

Hmmm….Do you think Bobby Tufts would consider riding his tricycle up to Toronto any time soon?