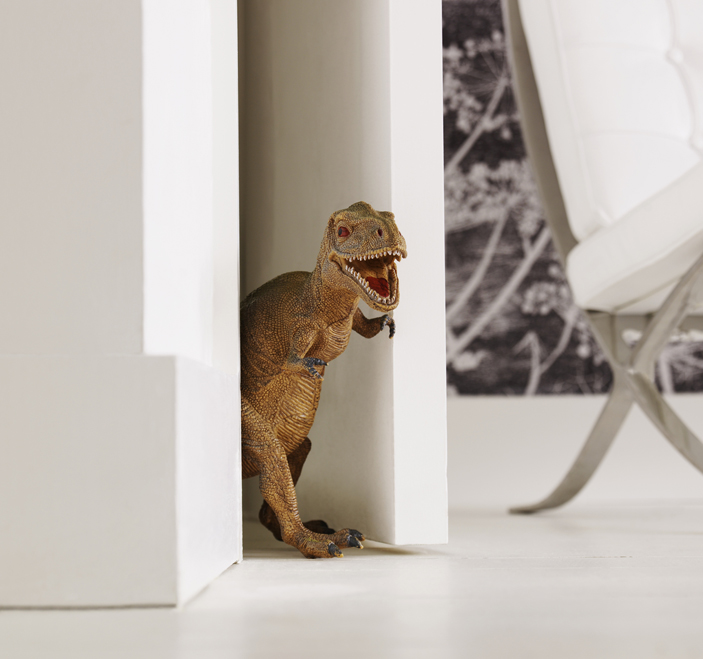 Well, folks, we’ve finally fallen off the literary cultural cliff. It wasn’t the moment Jersey Shore cast member Snooki became a New York Times best-selling author. It wasn’t even the moment someone translated Hamlet into Klingon. Nope, the culprit that pushed us over the edge is a new genre coined “Dinosaur erotica” (or, as I call it, Dino-rotica). No, it’s not some dirty magazine Wilma Flintstone found under Fred’s mattress. Think of it like 50 Shades of Grey, but with a prehistoric “touch,” so to speak.

Personally, I’m still trying to wrap my head around how one goes about writing dino-rotica, let alone reading it. The best I can come up with is, “Is that a fossil in your pocket or are you just happy to see me?”

You have to hope that authors Christie Sims and Alara Branwen fared a little better, but it doesn’t sound like it. Titles in the series include Taken By the T-Rex, Ravished by the Raptor and Taken by the Pterodactyl, among others. All are available for download on Amazon.

If you’re curious about what the storylines entail, here’s a sampling of the plot description of Running From the Raptor: “Ula is a beautiful cavewoman who is out foraging for her tribe with the rest of the tribeswomen … One night, while Ula’s tribe sleeps peacefully, the raptors attack, and Ula retreats to the cave. She thinks she is safe until a raptor finds her and corners her in the cave. Ula knows she is done for but, instead of the tearing her to bits, the raptor begins to nuzzle …  It doesn’t take long for Ula to discover what the raptor truly wants from her … but is she willing to give it to him?”

Hot and bothered yet?