Couple Wins Lottery for the THIRD Time In Two Weeks 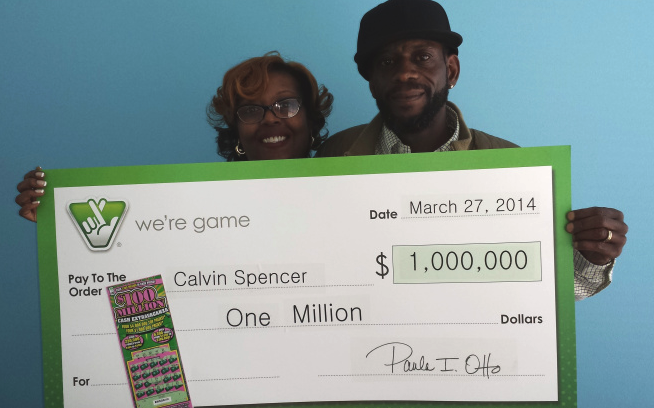 The next time someone tells you that your odds are about as good as winning the lottery, take solace in the story of Calvin and Zatera Spencer. The boomer couple, from Portsmouth, Va., just won the lottery – for the THIRD time – in TWO weeks.

The Spencers’ first jackpot came via a Powerball draw. On March 12, they bagged a cool $1 million. On March 26, the new millionaires tried their lotto luck again, purchasing 10 tickets for the state’s Pick Four draw. Their four numbers – 6, 6, 6, 6 – won, nabbing them another $50,000.

You’d think two lotto wins in a two-week span would be enough, but the Spencers evidently have never heard the expression, “Don’t push your luck.” On March 27, a day after the $50,000 win, Calvin purchased a scratch ticket and, you guessed it, won the $1 million prize.

The couple apparently told reporters that they haven’t finished playing the lottery yet, while a local lottery representative noted, “I’ve never seen anything like it.”